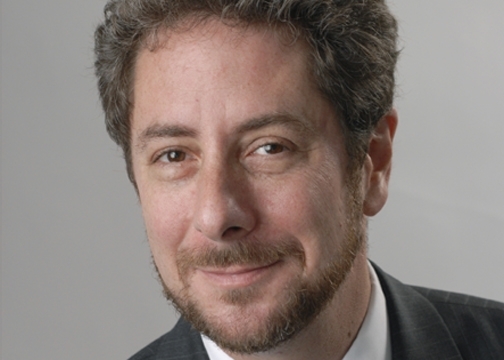 NEW YORK (JTA) – The recent raid in Postville, Iowa, on this country’s largest kosher slaughterhouse, where at least 390 people were arrested on immigration charges, is troubling on many levels.

As Jews, a collective shudder runs through the community whenever a business enterprise so closely connected with the community is raided by government agents. Because of the terrifying associations of other raids against Jews by uniformed personnel in Europe and elsewhere, we must take it seriously when the unprotected among us are subjected to single-minded enforcement policies.

It is also difficult to forget our own experience in America when in 1924, the Congress passed the National Origins Quota legislation – highly restrictive immigration laws designed to bar thousands of immigrants fleeing Eastern and Southern Europe. Those laws were still in place in the 1930s and ‘40s when European Jewry most needed the U.S. to come to its rescue.

Despite our country’s varied immigration record, Jews as a community proudly harken to America’s founding principle of welcome. We have benefited from its ultimate generosity and want others – regardless of national identity, race or religion – likewise to enjoy its earned privileges.

Every generation of immigrants shares the dreams of religious freedom and family unity. As Jews we are taught repeatedly throughout the Torah and the Talmud to “love the stranger” and “welcome the stranger among us.” These religious and ethical teachings are at the core of who we are as a religious community and as a nation.

Yet sovereign countries must protect their borders by passing immigration legislation, and those laws must be enforced. Historically, immigration raids periodically have been the method of enforcement, from the Palmer Raids against communists and anarchists in 1919 to raids targeting Italian immigrants throughout the 1920s. The Postville raid is, however, by the government’s own admission, the largest immigration raid in this nation’s history.

Not only the size of this raid, but the increased frequency of using raids as a means to address the estimated 12 million undocumented workers in this country is a most disturbing trend. We cannot condone the hiring of undocumented workers. But at the same time, we cannot ignore that American workers are unwilling to meet business’ labor needs at prevailing wages and there is no legal avenue for businesses to petition for the unskilled migrant workers they so desperately need. Congress has ignored this problem for decades through its refusal to facilitate the legal entry of unskilled workers.

Yet just as raids are no substitute for fair and humane immigration reform, Congress’ failure to enact immigration reform is no justification for immigrant workers, their families and entire communities to have their lives subjected to such turmoil.

In March 2007, workers and residents in New Bedford, Mass., faced circumstances similar to those in Iowa this week, when 361 workers of the Michael Bianco factory faced deportation, and all but a small number were detained and separated from their families. And in 2006, raids at Swift & Co. plants in Colorado and Nebraska created similar chaos.

Families and residents in these and other communities across the country have been left frightened and worried, not knowing the fate of their relatives. Businesses have been disrupted, and the economic impact on many communities has often been hard to overcome.

In addition, recently there have been increased incidents of unlawful home invasions, and reports of aggressive interrogation and mistreatment of detainees, who lack ready access to legal services. From Postville come disturbing reports of attorneys – some representing as many as 30 detainees – being given only one week for many of their clients to consider plea options.

The federal government has a responsibility to enforce the law, but raids, whether at the workplace or in homes, must be done humanely and in ways that do not violate workers’ constitutional and civil rights. Furthermore, safeguards must be in place to ensure that children are cared for, families can determine the whereabouts of their relatives and undocumented workers have ready access to social services, including schools and emergency services.

Though they do not adequately address the enormous problem of undocumented workers in this country, raids that are conducted humanely and compassionately may be a legally acceptable means of enforcement.

Postville should be a clarion call for our community and our country. As Jews, it is our obligation to advocate for fair treatment of the 390 detainees in Postville and the millions of other undocumented workers nationally, who are “strangers in a strange land.” As a nation, it is time for us to return to the core values forged by the teachings of our great religions and fundamentally reject our current illegal immigration “system.”

We must dispense with quick, harsh “fixes” – such as raids and deportation-only or forced-expulsion strategies – and return to the essential business of creating comprehensive immigration reform. Rather than divide communities and families, Congress and the administration must lead our country in this effort.

(Gideon Aronoff is the president and CEO of HIAS, the international migration agency of the American Jewish community.)

Like America, Genesis has two creation stories — and Simchat Torah renews our ability to tell them both