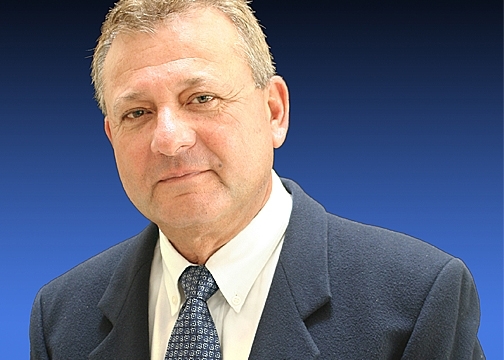 Dan Alon opened up about his experiences at the 1972 Olympics following the release of the Steven Spielberg film "Munich" two years ago. (Courtesy of Dan Alon)
Advertisement

SAN FRANCISCO (JTA) – The Munich Olympics were meant to be a defining moment in Dan Alon’s life – but not the way they turned out.

Alon was one of five Israeli athletes who escaped the 1972 massacre of Israel’s Olympic team by Palestinian terrorists.

In Berlin last year to deliver a lecture, Alon noticed several Arabs on the staff of his hotel. He changed hotels immediately.

“I don’t feel secure,” says Alon, 63, a former Israeli fencing champion. “I have a paranoia that they are looking for me.”

In the first years after the attack, Alon says he was perpetually nervous, afraid to be left alone in a room. When he traveled abroad, he always went with someone.

For more than three decades, he barely mentioned Munich.

“I really didn’t talk about it, not even to my family or my friends,” says Alon, who recently retired as director general of an Israeli plastics company. “I tried to stay busy with my business, with my family.”

That changed two years ago with the release of Steven Spielberg’s “Munich,” an epic film about the attack and Israel’s subsequent effort to hunt down those responsible.

“People started to call me and ask me questions,” Alon says.

Since then he has started writing a book about his experiences, and now he lectures at universities and in Jewish communities around the world.

On Sept. 5, 1972, at 4:30 a.m., Alon and his roommate, fellow fencer Yehudah Weinstein, were awakened by gunfire and frantic shouting. Several bullets blew through the wall over Alon’s bed. They were the shots, he says, that killed weightlifter Yossi Romano, who had been staying in the adjoining room.

Alon hurried to his window below, where he spotted a man in a white hat toting a machine gun. Several feet away, wrestling coach Moshe Weinberg lay dying on the ground.

Alon and four teammates – Weinstein, along with two marksmen and a speed walker – huddled in his room. The marksmen suggested shooting the gunman with their pellet guns.

“We decided not to do it,” Alon says. “We didn’t know how many terrorists there were, what kinds of weapons they had, what hostages they had.”

Eventually they agreed to sneak downstairs and outside as quietly as possible. One by one, treading lightly on a creaky, wooden staircase, the athletes descended the single flight of stairs, slipped through a glass door, and went over a first-floor balcony and through the garden to freedom. It took about 15 minutes.

One of the terrorists spotted them as they ran, Alon says, but he did not shoot.

“I blame the Palestinians, and I blame the Germans for the failure to [achieve the] release of the athletes,” Alon says. “But I don’t blame myself. I was only surprised that I survived.”

Four years before the attack, Alon took part in the Six-Day War as a technician securing bombs to fighter jets. Just a year after Munich, he did the same in the Yom Kippur War.

Arik quit to attend college, Alon says, “so I quit, too. I play golf now all the time.”

After the killings in 1972, the Munich Olympics paused for a day, then resumed. Alon says it was the proper move. Not only would it have been unwise to “surrender to terror” and unfair to deny athletes the chance to compete, he says, but the world would have blamed Israel had the Games been canceled.

“For me, the Olympics are a sacred space for sportsmen,” he says. “I believe still that the Olympics are very, very good at trying to unite people around the world. Maybe we need more than one [Summer] Olympics every four years.”