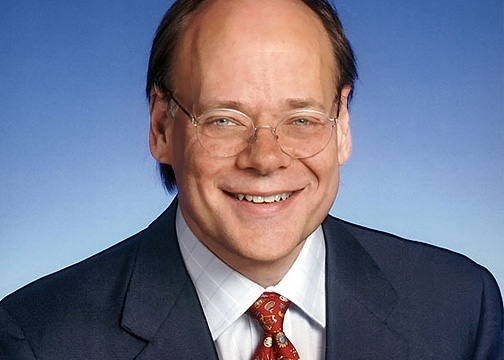 WASHINGTON (JTA) – The ads may have been ugly, but they were ineffective.

After a Democratic primary campaign featuring what some characterized as an anti-Semitic smear campaign, the incumbent Jewish congressman in Tennessee’s 9th District, Rep. Steve Cohen, trounced his opponent, Nikki Tinker, 79 percent to 19 percent in the Aug. 7 primary.

In the closing days of the race Tinker, who is black, aired a TV ad suggesting that Cohen’s religion made him an outsider in the district, which includes most of Memphis and is majority African American.

While Cohen visits “our churches, clapping his hands and tapping his feet,” the ad said, “he’s the only senator who thought our kids shouldn’t be allowed to pray in school” – a reference to a 1997 vote Cohen made as a state senator.

The ad concluded with the phrase “Sometimes apologies just aren’t enough” – a reference to a resolution apologizing for slavery that Cohen sponsored in the U.S. House of Representatives.

Following the lopsided victory Cohen, who will not face Republican opposition this fall in the solidly Democratic district, told the Memphis Commercial Appeal that even he was surprised by the large margin of victory.

“It says that we have come a long, long way and that the people who were counting on racial voting to prevail are thinking of a Memphis that doesn’t exist anymore,” Cohen told the newspaper. “The people of Memphis are more sophisticated voters that deal with issues and someone’s record and not simply race. And I think it’s a story of America because I know of no other place in America where there would be such a vote.”

Elected two years ago, Cohen is the only white member of Congress to represent a majority black district in the South. The district had been represented by Harold Ford Jr., who gave up his seat for an unsuccessful run for the U.S. Senate, and before that by Ford’s father, Harold Ford Sr.

Cohen’s strong showing in the primary was a sign that the accusations Tinker leveled against the Jewish congressman held little currency among voters.

In addition to the Aug. 5 spot, an ad that began airing four days earlier in the district attacked Cohen for opposing the removal of a statue of a Ku Klux Klan leader from a Memphis park when he was a member of a city planning board.

In attempting to paint Cohen as un-Christian and unsympathetic to blacks, the Tinker campaign ignored a record that includes Cohen’s sponsorship of a House resolution apologizing for slavery and the Jim Crow era, as well as Cohen’s own bid last year to join the Congressional Black Caucus.

The advertisements also led the party’s presumptive presidential nominee, U.S. Sen. Barack Obama (D-Ill.), who had previously stayed out of the race, to speak out on the day of the primary against the smears.

“These incendiary and personal attacks have no place in our politics and will do nothing to help the good people of Tennessee,” Obama said in a statement. “It’s time to turn the page on a politics driven by negativity and division so that we can come together to lift up our communities and our country.”

The statement was not an endorsement and did not mention Cohen by name.

Cohen’s campaign manager, Jerry Austin, said on primary day that he didn’t think the statement was going to make much difference in the race because by the time it was issued, many voters either had already cast their ballots or wouldn’t hear about the statement before the polls closed.

Cohen supported Obama during the senator’s primary campaign and spoke on his behalf at an election panel at the Anti-Defamation League’s annual conference in the spring.

Tinker’s prayer ad was roundly criticized in the political blogosphere and also was condemned by Emily’s List, an organization that raises money for female candidates and had backed Tinker. Ford Jr., who did not endorse a candidate in the race, also issued a statement condemning the ads.

That advertisement was not the first religion-related controversy during the campaign.

In February, a black minister distributed literature that said “Cohen and the Jews HATE Jesus” and urged the defeat of an “opponent of Christ and Christianity.” Some criticized Tinker for being slow to condemn the flier.

“Personal attacks and innuendo,” the statement said, “backfire on the perpetrators in Democratic primaries.”