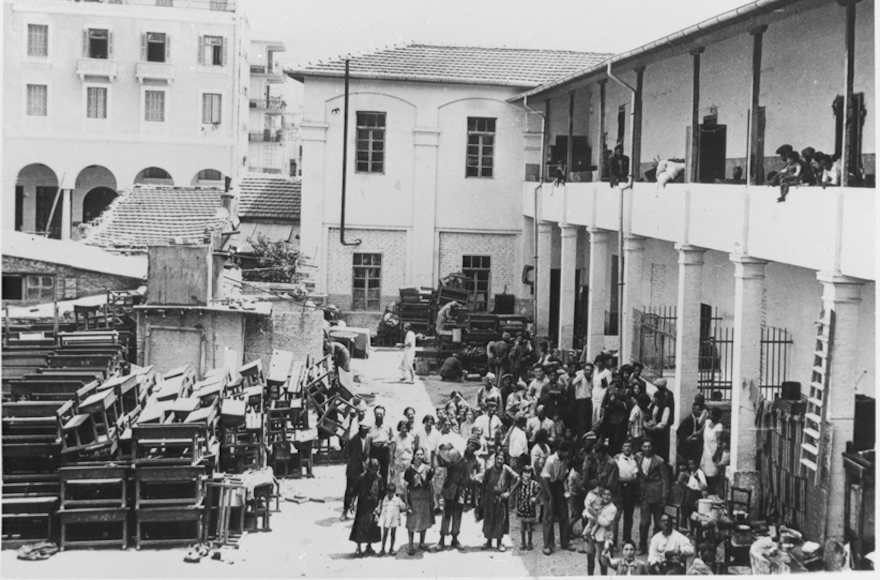 In a reversal, Salonika will ask to be included on a list of “martyred cities.”

Greek Jews and the media had criticized the municipality’s original decision not to be included in the “Network of Martyred Cities and Villages 1940-1945.”

On Sept. 4, the Salonika council passed the bill unanimously to be named with some 50 places on the list.

“It should have been done the first time around,” said the president of the Salonika Jewish community, David Saltiel. “We are satisfied with the outcome.”

Salonika, once known as the “Jerusalem of the Balkans,” was home to a thriving Sephardic Jewish community of approximately 50,000 before World War II. Virtually all of the city’s Jews perished in Nazi extermination camps.

On July 17, the opposition party Thessaloniki (Salonika in Greek) for its Citizens and Ecology tabled a bill asking that the city be included in the network, which was founded in Europe after the war in memory of the millions who perished in the Nazi extermination camps and in local massacres.

The ruling group, headed by Salonika Mayor George Papageorgopoulos, rejected the bill saying that 97 percent of the Jewish population of Salonika – 48,500 people – was killed not in the city but in concentration camps.

In a letter of protest sent to the mayor, the Central Jewish Board of Greece called on the mayor to reconsider the decision, which it said “was not only an insult to the memory of the Jews but a reminder of sad times of the occupation which some want to forget because they were the victims and others want to forget for their own reasons.”

The media had called the decision an “abomination,” an “insult to the memory of the Jews” and “lacking fundamental knowledge of history.”