Op-Ed: Prop 8 goes against God’s love for every person 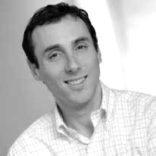 NEW YORK (JTA) — As a rabbi, I would urge all residents of California to vote No on Proposition 8, the state ballot measure that would eliminate the right of same-sex couples to marry in California.

In voting No on Prop 8, Californians would be upholding a fundamental right of the California constitution and issuing a moral, religious proclamation about fairness and equal rights of all persons in our nation and the larger world.

When my 15-year-old daughter and her high school classmates performed “The Laramie Project” some years ago — a play about the 1998 murder of a gay student, Matthew Shepherd, near that  Wyoming city — I thought of the revulsion our society so often displays toward gays and lesbians that at times has led to the type of violence Shepherd suffered.

I am painfully aware that this attitude stems from the rule contained in Leviticus 18:22 that defines homosexuality as an “abomination.”

The power this biblical passage has played in shaping the attitudes of so many — particularly those who define themselves as religious — is undeniable. This may be why a study conducted four years ago by the Pew Center found that people with a high level of religious commitment oppose gay marriage by a margin of 80 percent to 12 percent.

The Rev. Louis Sheldon of the Traditional Values Coalition, which often has taken the lead in attacking same-sex unions, celebrated this finding. Indeed, religious fundamentalists generally have claimed a monopoly on the stance that religion takes toward same-sex marriage.

Yet I refuse to allow such negative judgments regarding gays and lesbians to go unchallenged from a religious perspective. As Catholic scholar Elizabeth Schussler-Fiorenza has maintained in her powerful book “In Memory of Her: A Feminist Theological Reconstruction of Christian Origins,” the divinity of any passage in Scripture that diminishes the humanity of another — as the one in Leviticus does — surely can be questioned.

The thrust of one such passage should not override an overarching biblical ethos that teaches us that God loves and affirms the full humanity of each human being.

I see no reason why religious believers like me have any less right than my more fundamentalist brothers and sisters to speak for religion in the public square. Votes against same-sex unions discriminate against gays and lesbians and run counter to the ethos of love that the Bible teaches. It also discriminates against those of us whose religious beliefs mandate us to perform same-sex weddings.

The time has come for such recognition to guide our culture, and religious people should not be hesitant in stating this truth — that gays and lesbians are human beings created in the image of God, are no less holy than their heterosexual brothers and sisters, and are deserving of full rights, including marriage.

When the day arrives that this truth is completely fulfilled, no more Matthew Shepherds will be scorned or tortured. By voting No on Proposition 8, the voters of California will proclaim that all persons regardless of sexual orientation are equally loved by God, and will allow righteousness to pour down like a mighty stream.

(Rabbi David Ellenson is the president of Hebrew Union College-Jewish Institute of Religion.)