Op-Ed: Tough questions about Obama needed to be asked 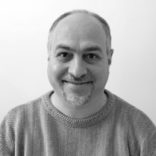 WASHINGTON (JTA) — Over the next few years, the Jewish community will face serious challenges. Throughout this presidential election campaign, we always understood that whomever was elected president would shape how our country deals with these challenges.

From the beginning, the Republican and Democratic candidates competed for support in the Jewish community. They elaborated on their solutions for critical issues like our troubled economy, the threat of a nuclear Iran, continued Hamas violence against Israel and the need for energy independence. The Republican Jewish Coalition helped not only raise these critical issues, but helped the Jewish community get clear answers.

Since the first days of the election campaign, the RJC challenged President-elect Barack Obama to articulate his positions on these issues, and through our actions, let him know that the Jewish community would carefully examine his responses. As a result, neither party nor candidate took the support of the Jewish community for granted. The RJC is proud to have played a role in facilitating this important debate.

Early on, there were serious and legitimate reasons to be concerned by Obama’s positions on Israel, Iran and the Middle East. Nervous Jewish Democrats mobilized as never before. Numerous third-party groups formed and scores of high-profile surrogates flooded the community dedicated to addressing these concerns and to electing the Democratic candidate for president. The Obama campaign itself deployed an unprecedented amount of resources and manpower into the Jewish community to maintain this traditional support.

Despite this tsunami of Democratic resources, Obama was unable to exceed Bill Clinton or Al Gore, and only slightly improved on John Kerry’s support in the Jewish community. Unlike many other constituencies that had huge increases in support for Obama, Jewish support for him showed only slight gains and lagged far behind other key demographics.

Throughout the fall, through our efforts, the RJC challenged the candidates to specify their policies. If Obama’s positions on Israel, Iran and the Middle East evolved throughout this election, it stands testament that he, and his campaign, understood the RJC’s message and adjusted theirs.

While we congratulate President-elect Obama on a hard-fought campaign, we are disturbed by some emerging trends that we hope do not continue. Throughout the campaign, Democrats consistently resorted to ugly intimidation to silence our message and stifle this important debate. It even went so far as the Obama campaign and other Democratic entities refusing to debate RJC surrogates.

When the RJC brought up legitimate policy differences, some Democratic surrogates reflexively called our questions “smear and fear” tactics and refused to discuss the important issues. Some discourse was marred by episodes of vicious attacks against our organization — at times even becoming personal. One Democratic surrogate, and former Clinton administration official, likened the RJC to Yasser Arafat. Clearly this goes beyond any acceptable level of discourse.

Unfortunately, the trend of Democrats punishing those who disagree with their policies seems to be continuing past Election Day. Only two days after President-elect Obama’s victory, there are reports that Sen. Harry Reid (D-Nev.), the Senate majority leader, is contemplating threats, rebukes and penalties against Sen. Joe Lieberman (I-Conn.) over Lieberman’s decision to back McCain’s presidential campaign. Throughout the campaign, Obama promised a post-partisan era of cooperation. If he is truly sincere about that commitment, seeking retribution against Lieberman is not the right way to start his administration.

The kind of behavior Reid is exhibiting is an all-too-familiar hallmark of the Obama campaign and other Jewish Democratic entities. Particularly regarding the actions of Jewish Democrats who engaged in these blackball, retributive tactics, it is unfortunate that they do not revere, as we do, the Jewish intellectual tradition of debate. Our tradition teaches us that we hold the capacity to accept multiple opinions — even to value opposing positions. The Talmud says these opposing positions are to be valued as they may prove to be correct someday.

Today, our nation moves forward into a new chapter. We come together in the Jewish community not as Democrats and Republicans, but as Jewish Americans united in our resolve to move our country forward. We pray that President-elect Obama will stay true to his campaign commitments and promises to the Jewish community.

Our Jewish tradition, however, teaches us not to shy away from debate not stand by idly. The RJC stands guard over our right to always raise the issues of critical concern to our community and sound the alarm when necessary.

(Matt Brooks is the executive director of the Republican Jewish Coalition, a grass-roots political organization based in Washington, D.C.)