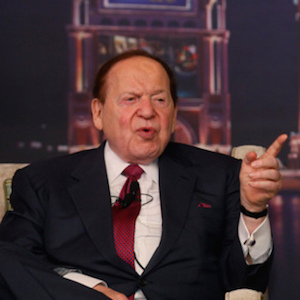 Forbes magazine, which compiles an annual list of the 400 richest Americans, says the Las Vegas casino magnate lost 95 percent of his fortune. Last year, at $28 billion, Adelson was the third richest man on the list, but this year he might not even make the top 400, Forbes reported. In a recent edition, Forbes placed him at the top of a list of “America’s 25 Biggest Billionaire Losers.”

Adelson has been a major contributor to groups such as Birthright Israel, the subsidized Israel tour program for young Diaspora Jews; the American Israel Public Affairs Committee; the Zionist Organization of America; the Israel Project; Israel’s Yad Vashem Holocaust memorial and others.