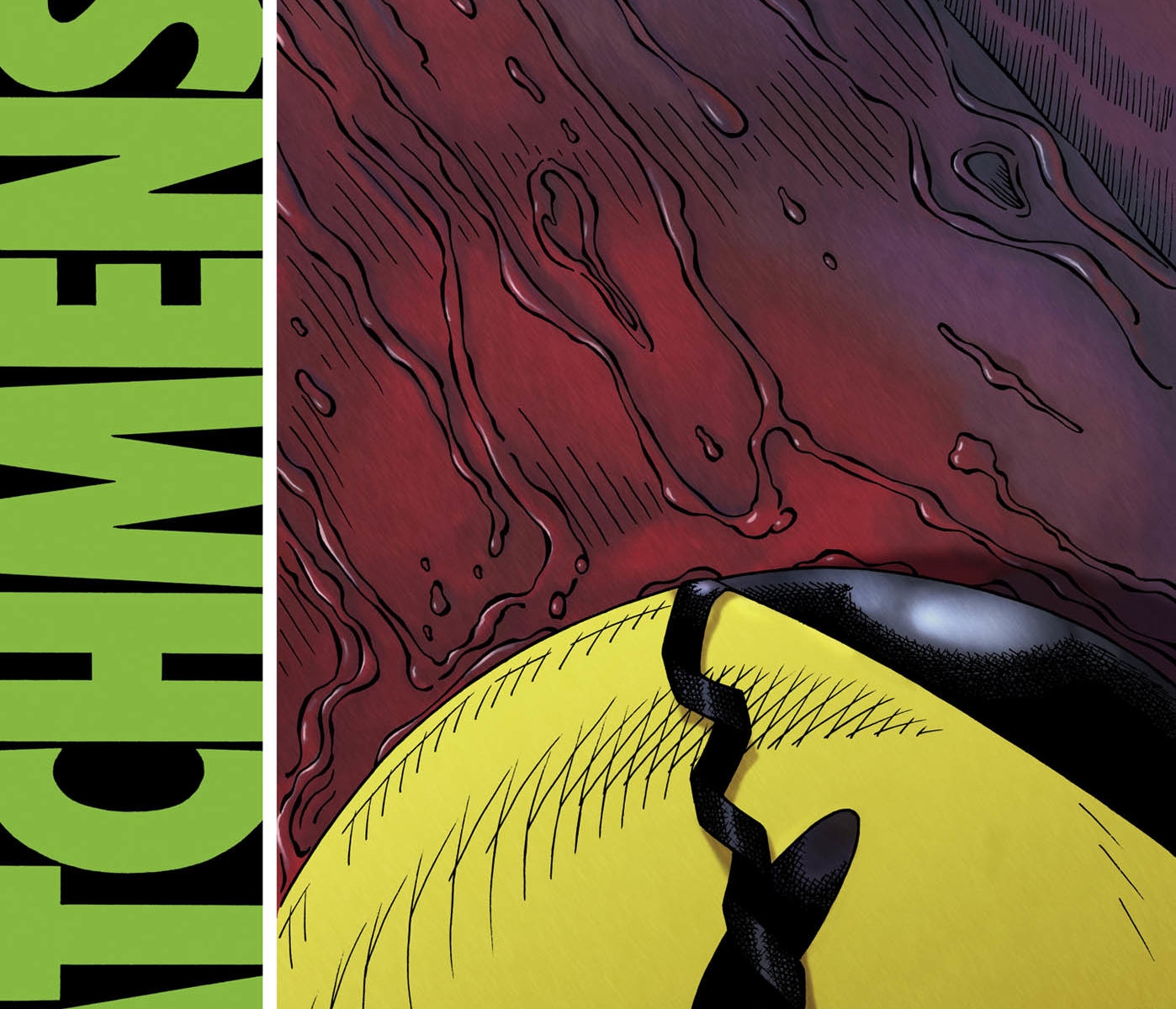 The comic book "Watchmen," now a hit film, is getting a Yiddish makeover courtesy of a British comic writer who isn't Jewish. (Courtesy Watchmensch)
Advertisement

SAN FRANCISCO (JTA) — Who watches the watchmensch? Yes, you read that right — the comic book “Watchmen” is getting a Yiddish makeover courtesy of a British comic writer.

And in fitting with “Watchmen’s” trademark plot twists and surprising revelations, “Watchmensch” has one of its own: Although it’s crammed with Yiddish dialogue, Jewish in-jokes and black hats, its creator isn’t Jewish.

Rich Johnston is known in the comics world as a sort of gossip columnist — he writes a news and rumors column called “Lying in the Gutters.” He also has written several comics of his own, including one about a 17th-century Italian monk combined with elements from the TV show “Smallville.”

Johnston, 36, came up with the idea for “Watchmensch” at a comic book convention.

“I was messing around with friends about titles of comics, and ‘Watchmensch’ is just one that got stuck in my head,” he said in a phone interview from his home in southwest London, where he lives with his wife and two children.

He had an idea for the comic as well: A parody about the murder of a Jewish lawyer. After he wrote about it in his column, Johnston received positive feedback, including an e-mail from Swedish comic artist Simon Rohrmuller, who ended up drawing the book based on Johnston’s script.

The original “Watchmen” follows a group of former superheroes in 1980s America as they investigate the murder of one of their own, the Comedian. The series deconstructs the superhero genre with groundbreaking narrative techniques and an intricate alternate-history plot.

Originally published in a 12-part series from 1986 to 1987, “Watchmen” was a major hit, and is still considered one of the greatest comics of all time. It was named one of Time magazine’s top 100 English-language novels in 2005, and the highly anticipated “Watchmen” movie opened March 6.

It was the No.1 film in America on its opening weekend, bringing in $55.7 million — the most successful opening in 2009.

Thus, it’s no surprise that the series has been parodied in works like “Botchmen,” made by Mad magazine, and now in “Watchmensch.”

“Watchmensch” follows a similar trajectory to its predecessor, starting with the death of the Comedian — known in “Watchmensch” as Krusty the Klown, in homage to the famous Jewish character on “The Simpsons.” Investigating the murder are Spottyman (a takeoff on “Watchmen’s” Rorschach) and Jewish lawyers Nite Nurse (Nite Owl) and Silk Taker (Silk Spectre).

Along the way are numerous insider references to the history of “Watchmen” and comics in general, with particular emphasis on the industry’s Jewish roots.

“It’s a parody of ‘Watchmen,’ the comic book and the movie, and also a satire on the comic book industry, how the artists and the industry worked together for the past 70 years,” Johnston says.

Siegel and Shuster even make an appearance in “Watchmensch,” in a flashback to the day when they famously sold the rights to the Superman character to DC Comics for a mere $130.

Because Johnston isn’t Jewish, he wanted to be sure he was making an accurate portrayal.

“Once I got [a Jewish element], I’d go online and make sure I got it right,” he says. “I was also able to run skits past a few [Jewish] friends.”

The Jewish elements include Yiddish terms and Chasidic-style clothing, with Spottyman sporting payes and a black hat, and Silk Taker in a modest, high-necked dress. A pet named Balabusta also has a cameo, as does a can of Dr. Brown’s black cherry soda, a classic Jewish icon.

Johnston says the irony is that “I give the most Jewish lines to Spottyman, who’s not Jewish. It’s this secret identity he’s put on.”

Keeping things hidden, he says, is a common theme in comic-book history.

“Even in the early days of superhero comics, Judaism was there but it was disguised,” Johnston explains. “Even the Thing in the Fantastic Four — he was Jewish, but it was never actually said. Only within the last few years was it finally said, ‘Ben Grimm is Jewish.’ It’s long overdue.”

(Rachel Freedenberg is a staff writer for j., the Jewish news weekly of Northern California.)