The case of Sam Goldstein and the swine flu vaccine 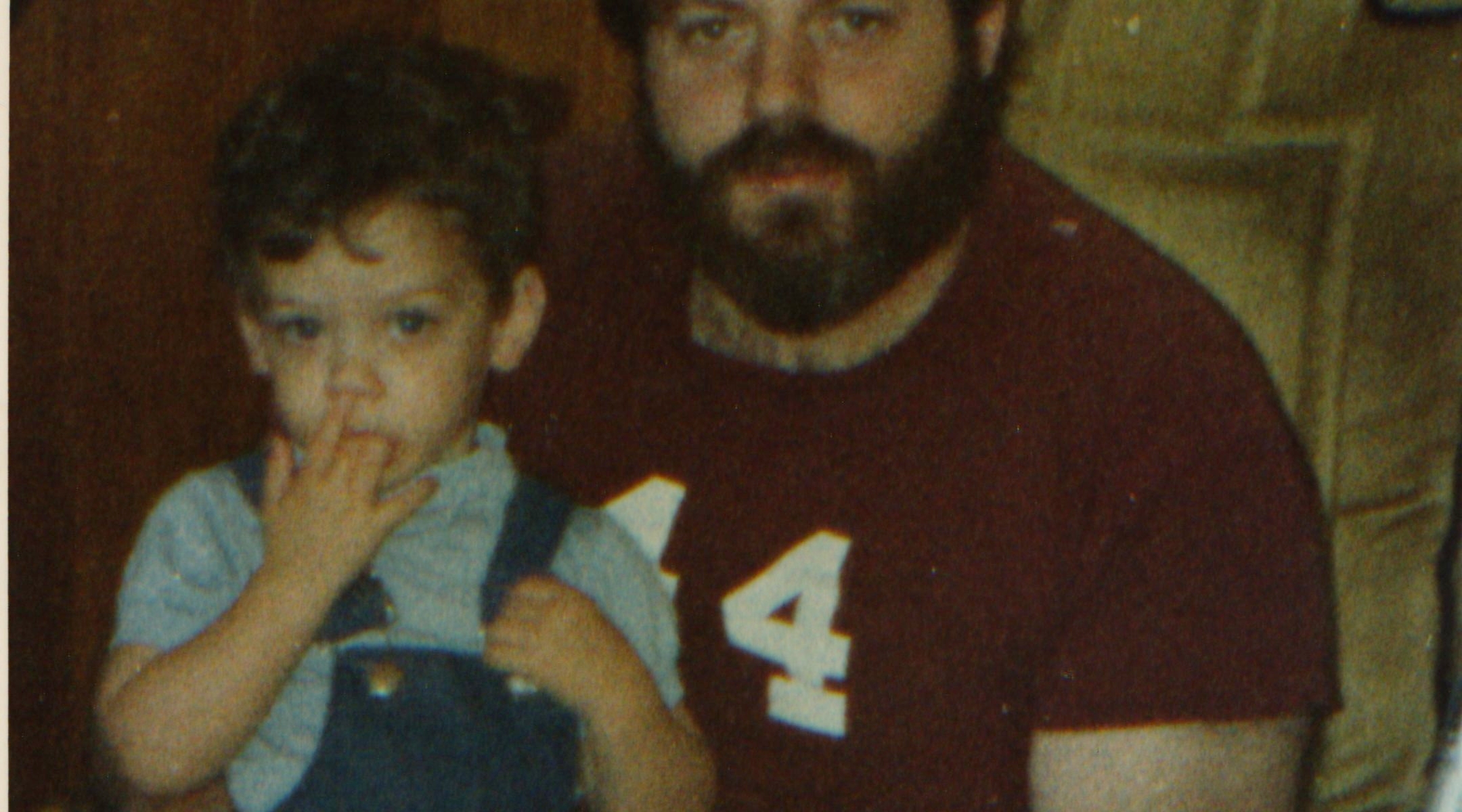 Sam Goldstein, shortly before he died of complications from the swine flu vaccine in 1977, holds son Craig on his lap. (Courtesy of the Goldstein Family)
Advertisement

NEW YORK (JTA) — What they didn’t tell Samuel Goldstein in 1976 about the swine flu vaccine killed him.

Now his widow and son say that should be a lesson for anyone worried about the warnings of a swine flu pandemic, which have spread through the media in recent days.

Though there is no vaccine yet for the current strain of swine flu, U.S. officials say one could be ready by November. Sufficient stock to treat large numbers of Americans would not be ready until January, according to media reports.

Goldstein was left a quadriplegic in 1962 as a result of Guillain-Barre syndrome, a neurological disease that can lead to temporary or permanent paralysis and, in some cases, death.

Though Goldstein, then 14, recovered from Guillain-Barre syndrome, he was left with limited motion and strength in his arms and his legs. Nevertheless, he was able to walk with leg braces and with a very weak upper body.

His condition hardly slowed him down, as Goldstein became the first quadriplegic to compete and finish the American Red Cross 50-mile swim. In 1964 he was a member of the U.S. Paralympic Team at the Tokyo Games and won silver medals in table tennis and in backstroke and freestyle swimming, as well as a bronze medal in the breaststroke.

His accomplishments in the sports arena recently earned him induction into the Philadelphia Jewish Sports Hall of Fame.

Then, in 1976, the U.S. government became concerned about a possible mass outbreak of swine flu after more than 200 soldiers at Fort Dix, N.J., came down with the disease. Influenza had killed more than 21 million people worldwide in 1918, and the government, fearing the worst, immediately ordered that millions of Americans be vaccinated. In all, more than 3 million people were inoculated, including President Gerald Ford.

By then, Goldstein was living in Philadelphia and working as an internal salesman for the American Interline Company, a textile firm. He and his wife, Maggie, an amputee who also had competed at the Paralympics, had a 2-year-old son, Craig.

Based on what they knew, they figured that being vaccinated made sense.

“We decided to take the swine flu vaccine because if Sam got a cold, because he was weak in the upper body, he had a hard time coughing,” said Maggie, now an administrative assistant at the Perelman Jewish Day School in Philadelphia. “We thought nothing of it, and we both got the vaccine.”

But within a month, Goldstein started to feel symptoms that he recognized from when he was 14. It started with a tingling sensation in his feet that spread upward. He had Guillain-Barre syndrome again — only this time it was much worse.

“He said, ‘I’ve got it. I have had this before,’ ” Maggie recalled. “That was the first night of Chanukah. We were supposed to have gone to his sister’s. He chose not to come out because he felt he could not control himself and he couldn’t walk.”

Two days later the government and the head of the Center for Disease Control and Prevention, David Sencer, publicly said for the first time that Guillain-Barre syndrome was a possible side effect of the vaccine.

Within a month Sam Goldstein was dead. He was hospitalized shortly after the first tingling, then paralysis spread throughout his body. He died of pneumonia, a complication of Guillain-Barre, on Jan. 15, 1977.

Between 24 and 32 people died of illnesses related to the vaccine, and an estimated 500 people developed Guillain-Barre syndrome. The feared pandemic of swine flu never materialized.

Would the Goldsteins have been vaccinated had they known it could cause Guillain-Barre?

“No way,” Maggie told JTA. “He would have to be hog-tied to take that vaccine.”

It was little solace, she said.

“Am I still angry? I guess. Because it robbed Craig of a father, and it robbed me of my husband, and it always bothered me that nobody acknowledged his death,” Maggie said. “With us, the government hyped all this up and it was a non-event and nothing happened.”

Craig Goldstein, who spoke to JTA the day Vice President Joe Biden said he would not want his family taking the subway or flying, said the country needs to stay rational.

“I am looking at it from a more rational perspective,” said Craig, now in his mid-30s. “I don’t think the outbreak is that big a deal. I think we need communication, not mass hysteria.

“I would warn against panic and overcompensation. For me it is a matter of taking it one step at a time. We need all the information we can get, and we need to be careful.”

His mother echoes that sentiment.

“People don’t understand what the side effects are,” she said. “They are only like, ‘Oh my God, the sky is falling!’ I still feel that a lot of people are going a little crazy about this. It hasn’t happened yet.”

And as for the vaccine?

Dr. Michael Serlin, the chief of infectious diseases at North General Hospital in New York City, says he isn’t sure about using the rational that because the swine flu vaccination from 1976 made hundreds of people sick that one should consider forgoing it if the government soon recommends that Americans be vaccinated for this strain of the flu.

While some 35,000 people die from influenza each year, this strand of the flu is a cause for concern because it is new and no one has immunity to it, Serlin said. And in general his Manhattan hospital recommends that many people receives the flu vaccination each year.

“Certainly the government learned a lesson about swine flu in the mid ‘70s because they did vaccinate everyone, and there were a lot of instances of Guillain-Barre syndrome,” he said. “But hopefully they learned those lessons, and certainly the flu shots we have in this day and age have no major evidence of any major side effects.”