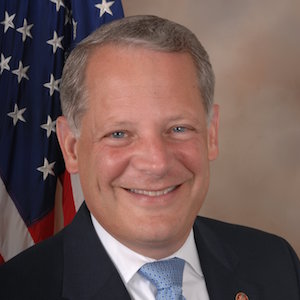 In case you missed it over the weekend, Jewish Democratic Rep. Steve Israel (D-N.Y.) decided not to seek a New York Senate seat next year after the president asked him to stay out of the race to keep the primary field clear for incumbent Sen. Kirsten Gillibrand. From the New York Daily News:

Long Island Rep. Steve Israel bowed out before he jumped in, saying the popular Democratic President called him up as asked him to skip the contest.

“This is a tough, heartfelt decision for me,” Israel said. “But in the interest of providing New York and our country with a united front for progressive change, I have decided to continue my efforts in Congress.”

A source close to the fifth-term congressman said he “was just days away from announcing” his bid, but Obama convinced him a tough primary against Gillibrand would hurt the party.

Israel noted he had talked with Sen. Chuck Schumer about running, even though Schumer supports Gillibrand.

Another Democrat said Schumer asked the White House to intervene a few days ago, and that Obama’s move would also make it tougher for Reps. Carolyn Maloney (D-Manhattan) and Carolyn McCarthy to run.