What do recent polls say about the future of peace process? 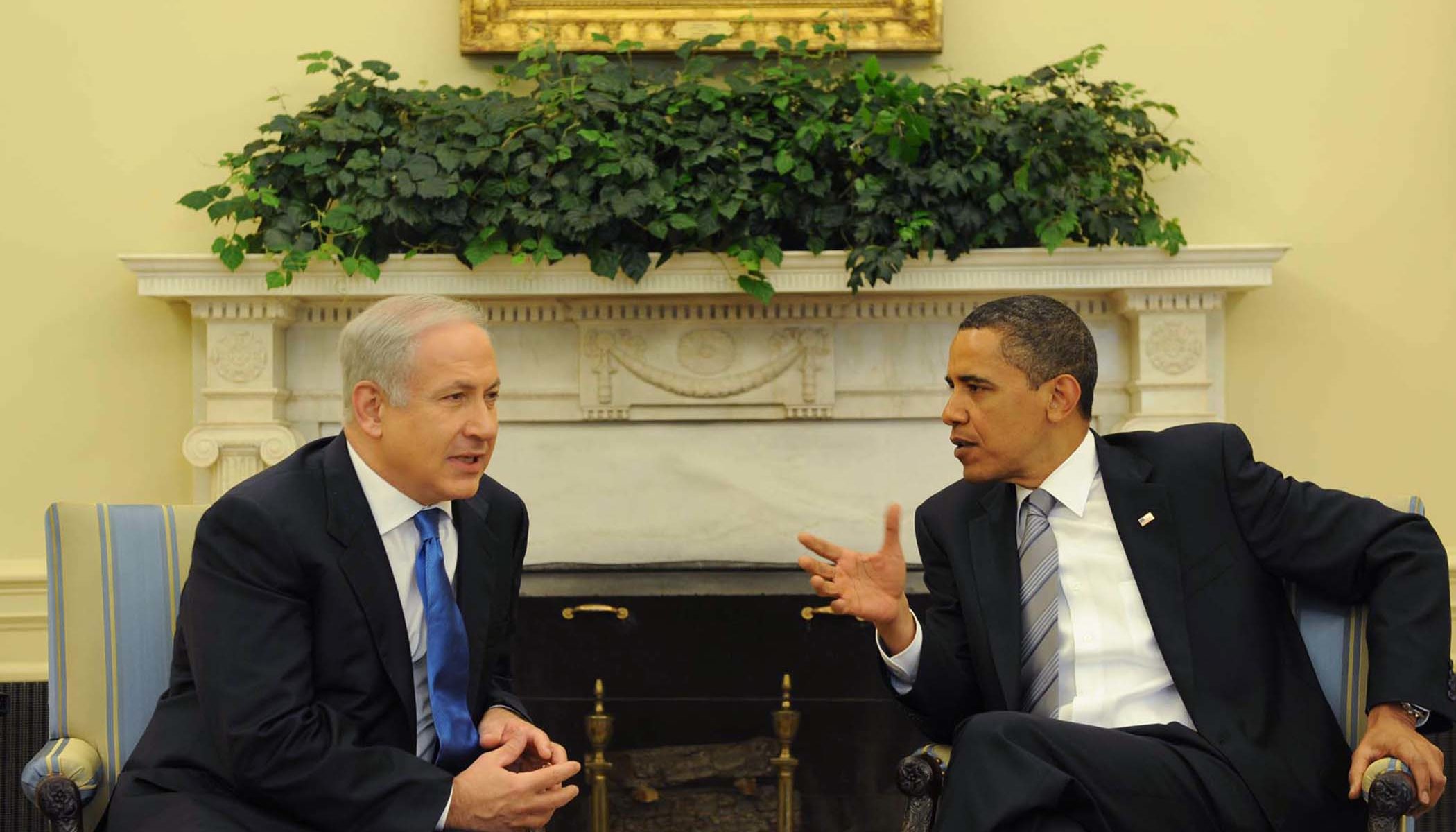 One blogger said the key for President Obama, right, shown with Benjamin Netanyahu at the White House on May 18, 2009, is to pressure the Israeli prime minister into accepting positions already embraced by most Israelis. (Moshe Milner/GPO/Flash90/JTA)
Advertisement

The poll, based on interviews last week with 500 Israeli Jewish adults, has a margin of error of 4.5 percent.

Also earlier this month, a poll commissioned by The Israel Project, a Washington-based advocacy group, found a significant drop in American voters’ support for Israel.

According to the survey of 800 registered voters, which was conducted June 9-11 by Greenberg Quinlan Rosner Research, those who believe Israel is committed to peace has dropped to 46 percent this month from 66 percent last December. The poll found that some 49 percent of American voters call themselves supporters of Israel, down from 69 percent last September, and only about 44 percent of voters believe the United States should support Israel — down from 71 percent a year ago.

The poll results come as advocates and observers debate whether the key to advancing the peace process is for the United States to align itself closely with Israel or be seen as an honest broker willing to pressure all sides, including Jerusalem.

In recent weeks, President Obama and Israeli Prime Minister Benjamin Netanyahu appeared to have taken steps to dispel the view that they are locked in a bitter showdown over West Bank settlements and a Palestinian state.

During an interview Sunday on NBC’s “Meet The Press,” Netanyahu sought to portray Obama as a reliable ally in the fight to keep Iran from acquiring nuclear weapons. The interview came just a week after Netanyahu’s much-hyped policy address in which he declared his support for the creation of a demilitarized Palestinian state after months of upsetting U.S. officials by refusing to do so.

While the two sides remain divided over the Obama administration’s insistence on a full settlement freeze, the White House avoided the issue in comments about the speech, opting instead to praise Netanyahu for embracing the two-state formula.

Laura Kam, a senior adviser at The Israel Project, noted that her organization’s recent poll was conducted before the Netanyahu policy address, so it does not reflect any boost Israel may have experienced from its leader’s endorsement of a Palestinian state.

In general, she said, the Obama administration has taken the lead in laying out a clear agenda, whereas Netanyahu’s vision is still not clear to most Americans.

“Even when the prime minister set out his policy agenda, it was in Hebrew,” Kram said. “He has given a few interviews since, but he has yet to communicate with the American people broadly. I think there is a time lag here.”

Kam said that over the years her organization has seen shifts in U.S. attitudes and therefore believes that Israel’s standing eventually will rise again — once Netanyahu does more to communicate his vision to the American public.

“I think that it is extremely important for the prime minister to communicate often with the American people,” she said. “And I think when Netanyahu does, Americans will see that indeed Israel is the country that they have always known, the country that wants peace and is working toward peace.”

Americans for Peace Now spokesman Ori Nir said Netanyahu “may be able to convince Americans he is peace-seeking.” But Nir speculated that the threshold is higher than before since Netanyahu already has been seen as being at odds with Obama on Mideast-related issues, which the president has cast as a critical national security interest.

In an interview with The Jerusalem Post, unnamed Netanyahu advisers suggested that the positive reaction to the prime minister’s speech helped explain the Israeli public’s increasingly negative view of Obama. One adviser said Netanyahu was benefiting from media attempts to overplay the tensions between Jerusalem and Washington.

The Post cited another adviser as saying that Israelis were rejecting perceived attempts by Obama to blame Israel for the conflict or take an even-handed approach.

Israeli commentator Shmuel Rosner, whose blog, Rosner’s Domain, is housed at the Post’s Web site, said that Israeli public opinion is important, but he stressed that government decision-making is what really matters.

Aaron David Miller, a former U.S. diplomat involved in Israeli-Palestinian talks, has noted that U.S.-mediated breakthroughs in the Israeli-Arab conflict came after U.S.-Israeli tensions during the Nixon, Carter and first Bush administrations.

Rosner cited the second Bush administration to make the opposite point.

“The Israeli establishment will be much more forthcoming toward a friendly administration,” Rosner told JTA in an e-mail.

He noted that the Sharon government, which enjoyed a strong relationship with President George W. Bush, is the only Israeli government to have evacuated settlements in Gaza and the West Bank.

The key for Obama, Rosner said, is to stick to pressuring Netanyahu into accepting positions already embraced by large swaths of the Israeli public. Along these lines, he said, Obama was “smart” to make settlements the major issue of contention.

But he said that anything seen as weakening Israel’s security, such as demanding the removal of checkpoints, will be “more problematic, especially so in the case that such removal leads to terror attacks.”

The Jerusalem Post-sponsored poll did find that while Obama may not be popular among Israelis, the gap between Obama and Israelis on actual policy is not nearly as wide. For instance, 70 percent of Israelis support a demilitarized Palestinian state, and majorities support removing illegal outposts and freezing construction in “isolated, far-flung settlements.” So does Obama.

Sixty-nine percent, on the other hand, oppose freezing construction in “large settlement blocs like Gush Etzion, Ma’aleh Adumim and Ariel.”

For their part, Americans appear satisfied with Obama’s moves in the Middle East.

A Pew Research Center poll of 1,502 American adults taken June 10-14 found that 62 percent feel Obama “strikes the right balance” in dealing with the Israelis and Palestinians, compared to 17 percent who say the president favors the Palestinians too much and 6 percent who believe he favors Israel too much.

“Bottom line: American pressure will help Netanyahu move slowly toward more accommodating positions (hence, the two-state solution speech),” Rosner said. “But if this pressure becomes more brutal, the coalition will not back him up.”