Trading a settlement freeze for action on Iran, Arab ties 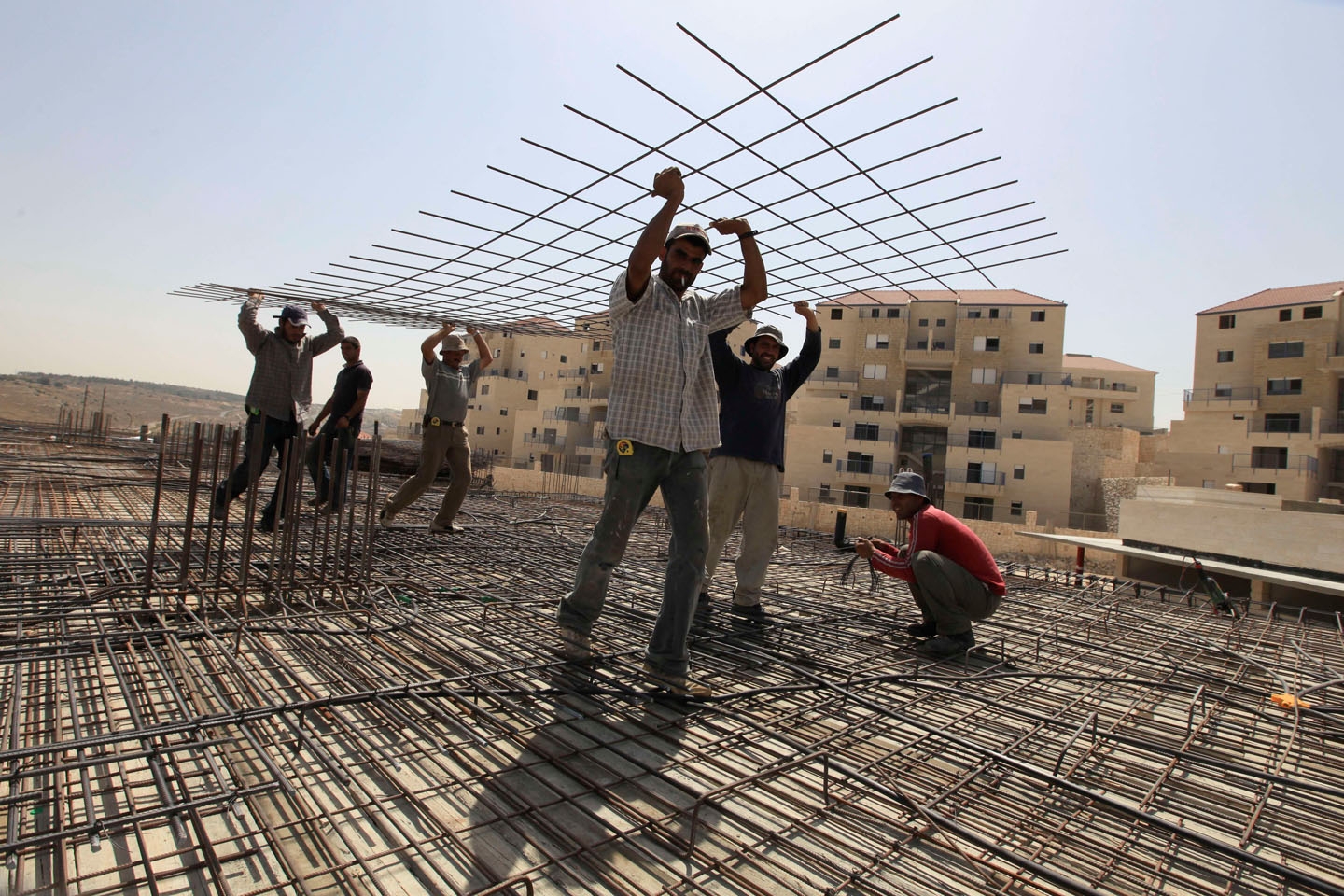 A settlement freeze could put a halt to construction in the West Bank, as shown here by Arab workers building new homes in the fervently Orthodox settlement Beitar Illit on June 10, 2009. (Nati Shohat/Flash90/JTA)
Advertisement

JERUSALEM (JTA) — The fact that Israel and the United States have yet to reach an agreement on Jewish settlement growth in the West Bank is as much a question of wider Middle East concerns as about the settlement issue itself.

The Americans have made clear that they see a freeze on settlement construction as a key instrument of policy designed to jump-start Israeli-Palestinian and regional peacemaking. In their White House meeting in mid-May, President Obama reportedly told Israeli Prime Minister Benjamin Netanyahu that he also needed Israel’s commitment to a freeze to secure international support for tougher policies against Iran if Washington’s diplomatic overtures to Tehran fail.

The Israeli side agrees with both these goals and apparently is prepared to make concessions on the settlement issue to achieve them.

What the Israelis fear, however, is a scenario in which they impose the settlement freeze but the Americans fail to deliver on promised regional peace moves.

The Israelis want to use the freeze as leverage for Arab moves toward normalizing ties with the Jewish state. Imposing a full settlement freeze is a strong card the Israeli administration is reluctant to play until it sees something tangible from the Arab side, such as Arab countries allowing Israeli civilian flights over their territories or opening up economic interest sections in Israel.

Despite strong personal efforts by Obama, the Americans thus far have been unable to obtain clear-cut Arab commitments.

As for the settlements, the issue seems largely to be a question of definition: Where along the continuum — from approving building plans to issuing tenders, signing contracts, starting new projects or finishing projects already started — must things stop to qualify as a freeze?

Israel wants to complete some 2,500 units already under construction. It also would like a freeze not to preclude building upward, to enable existing structures to add floors. And it wants the freeze to be for a limited time.

The Americans, however, are wary of the notion of a temporary freeze. They argue that to limit construction for only a short time could cost them their newly won credibility in the Arab world.

“It could make our call for a settlement freeze look like a gimmick rather than the serious instrument of policy it is meant to be,” a senior U.S. official told JTA.

The compromise that seems to be shaping up is that Israel will agree to an indefinite freeze on all building in return for strong American assurances on Iran and meaningful Arab gestures toward normalization with Israel.

On Iran, one of the possibilities on the agenda is stronger economic sanctions, including a U.N.-sanctioned naval blockade. Israel’s agreement to a settlement freeze would help Obama build the strong international coalition he needs for such a strong measure against Iran.

In late May, after his meeting with Obama, Netanyahu indicated that something along those lines is in the works. Netanyahu told the Likud Party’s Knesset faction that Israel would have to uproot illegal West Bank outposts if it wanted America in its corner on Iran.

“If we don’t mobilize the U.S. and other nations of the world for this purpose” — stopping Iran’s nuclear drive – “no one will,” the prime minister declared.

The point man on the Israeli side in the negotiations with Washington on the settlement freeze has been Defense Minister Ehud Barak, who confirmed the wider regional considerations in a radio interview earlier this month.

“I think it’s clear that if an initiative gets under way for a comprehensive regional agreement that brings in other Arab countries,” Barak said, “the settlements don’t cease to be important, but they are put into the proper perspective.”

If and when Netanyahu does declare a settlement freeze, he will face strong right-wing domestic opposition, especially from the settler movement. That is partly why he and Barak need to be able to show the Israeli public that the concession was made in return for substantial regional gains.

In their campaign against a freeze of any kind, settler leaders maintain that Israel’s sovereign decision-making capacity is at stake.

“If in the face of mildly strong winds from Washington, Netanyahu comes out first in favor of a Palestinian state and then agrees to a building freeze, it won’t end there,” said Dani Dayan, chairman of the Yesha Council settler umbrella organization. “The pattern in which the big decisions are taken in Washington will continue until Jerusalem is divided.”

It’s not clear where the Israeli public stands.

A mid-June poll commissioned by the Ariel University Center in the Jewish West Bank settlement of Ariel asked whether or not respondents supported a “full freeze,” including in Jerusalem and the large settlement blocs. The result was 56 percent against and 37 percent for a freeze, but since most Israelis don’t regard eastern Jerusalem as a settlement, the figure supporting a construction freeze exclusively in the West Bank may be larger.

The next move in the ongoing settlement saga is a top-level meeting this month in Jerusalem between Netanyahu and U.S. special Middle East envoy George Mitchell. They were scheduled to meet in Paris in late June, but the meeting was called off because of insufficient progress on the settlement issue.

If this meeting goes ahead, it may well be a sign that the two sides are near an agreement.