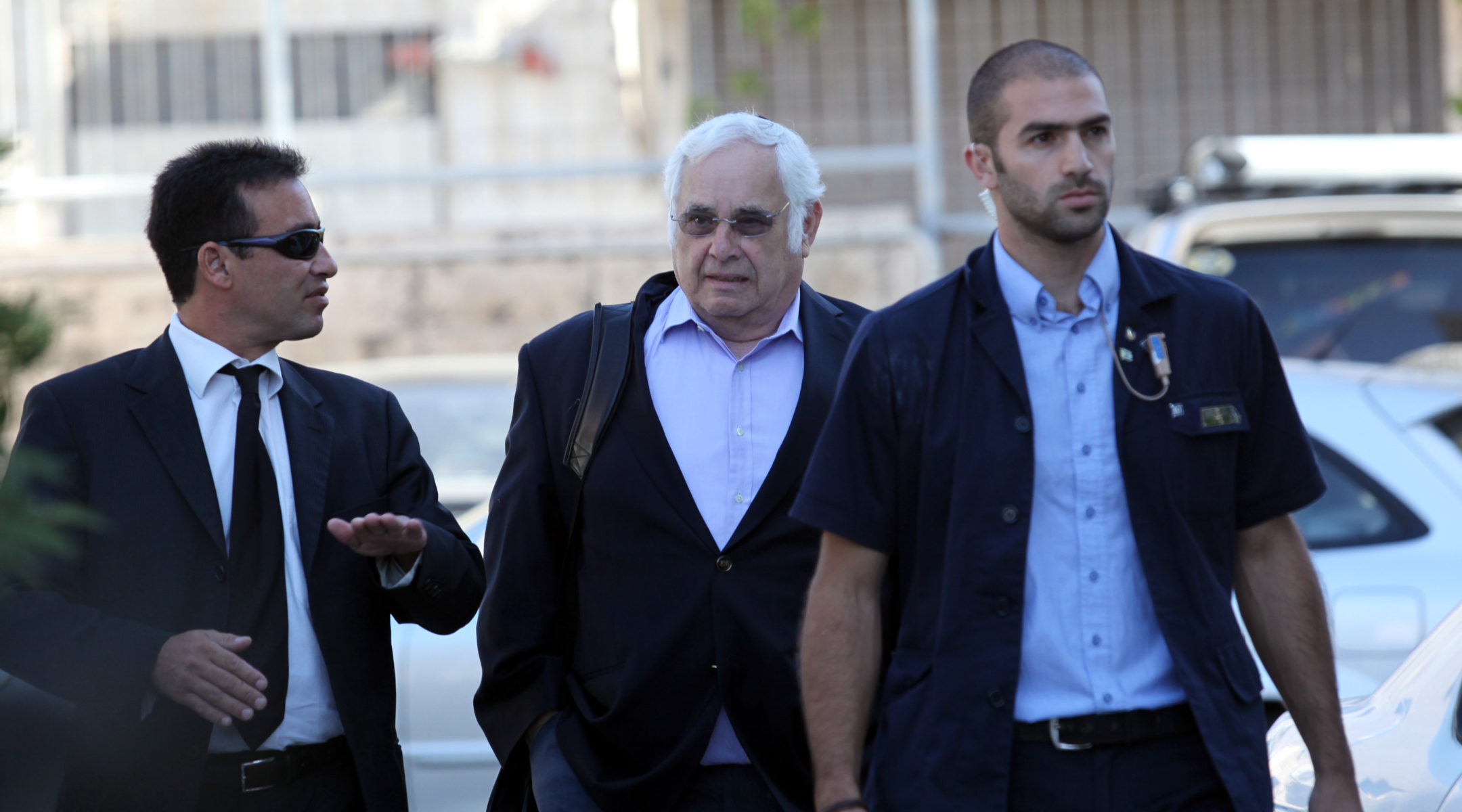 Morris Talansky, shown making his way to a Jerusalem court on June 28, 2009, is at the center of bribery allegations that led to the indictment of former Israeli Prime Minister Ehud Olmert. (Yossi Zamir / Flash90 / JTA)
Advertisement

Israel’s State Prosecutor’s Office filed the charges on Sunday in three cases alleging that Olmert double-billed for overseas trips, made improper appointments when he was minister of trade and labor and accepted cash from American Jewish businessman Morris Talansky. The charges include fraud, breach of trust, tax evasion and falsifying corporate records. The indictment does not include charges of bribery, for which police investigators reportedly had been pressing.

It is the first time that the former Israeli prime minister has been criminally indicted.

Olmert’s former bureau chief, Shula Zaken, also was indicted for her alleged involvement in two of the cases.

Three other corruption investigations against Olmert were closed this summer.