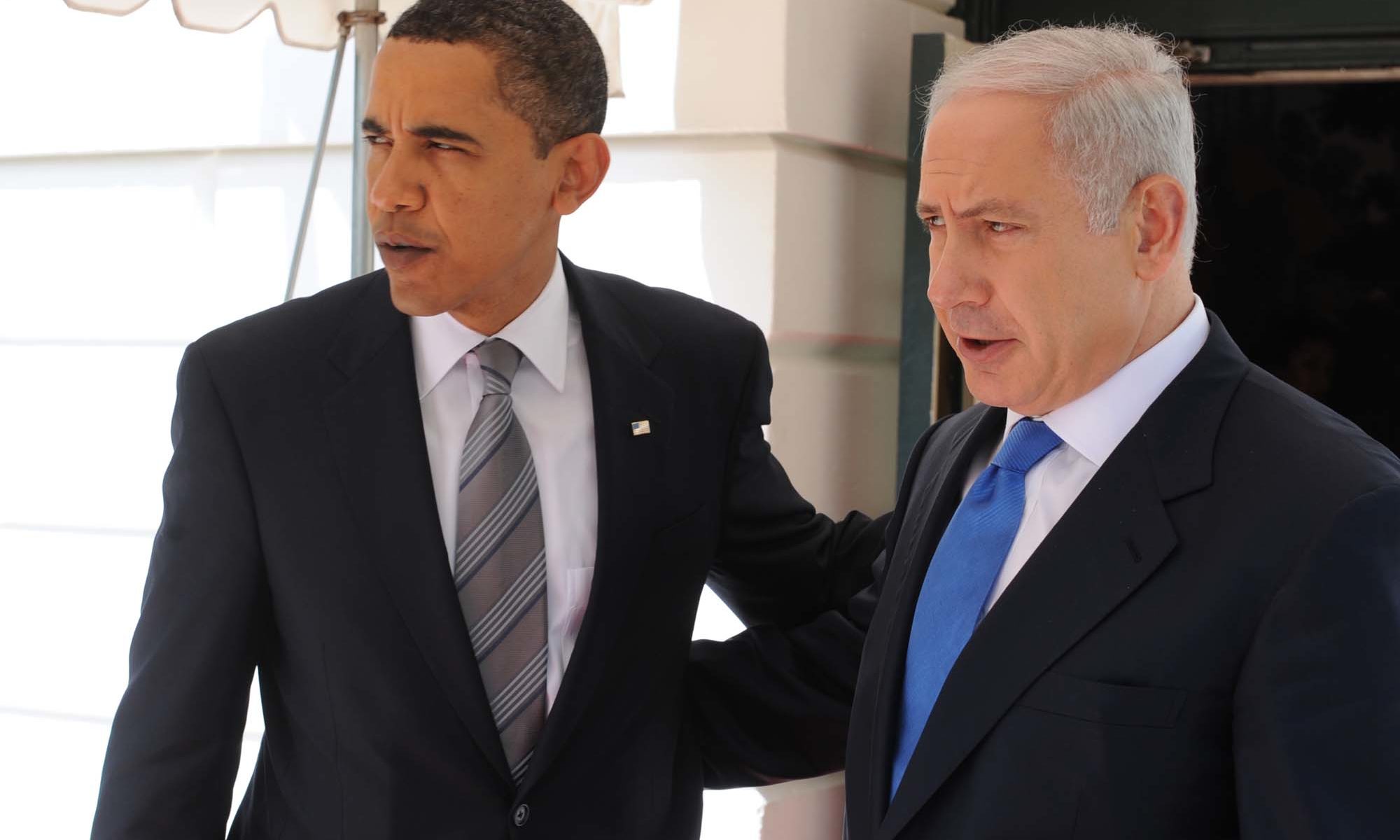 A reporter at Israel's daily Ha'aretz has been publishing unsourced and allegedly inaccurate reports about the dynamic between the administrations of President Obama and Israeli Prime Minister Benjamin Netanyahu, seen here at the White House on May 18, 2009. (Moshe Milner / GPO / Flash 90)
Advertisement

All of these reports appeared in the Israeli daily Ha’aretz.

And they’ve all been disputed or denied by the principals involved.

Nevertheless, the tales have become an important part of the day-to-day narrative on the U.S.-Israel relationship. Partisans and pundits on both sides of the political divide have seized on the anonymously sourced stories to herald their own preconceived notions of the Obama administration and Netanyahu government.

U.S. and Israeli officials say these apparently inaccurate reports haven’t had any significant impact on the U.S.-Israel relationship, but Middle East experts say the prominence of such reports — and the leaks and spin that produced them — could be a sign of some tension. They also may be a sign of the declining standards in Israeli journalism.

All three stories were written by the same Ha’aretz correspondent, Barak Ravid, and he is standing by their accuracy.

The first report came earlier this summer, after Obama’s July 13 meeting with a group of Jewish organizational leaders. Ravid wrote that Obama said Israel would need “to engage in serious self-reflection” in order to reach an agreement with the Palestinians.

Conservative critics of Obama responded with outrage. The editor of The Weekly Standard, Bill Kristol, wrote an angry online post focusing on the quote, challenging Obama’s right to “lecture the people and leaders of Israel on the need for self-reflection” when he never faced the difficult choices they encounter or the personal sacrifices they’ve made.

In the weeks following the meeting, however, JTA contacted virtually all the Jewish officials who attended the meeting and none recalled ever hearing such a phrase from the president, nor could they find such a quote in their notes. Multiple White House aides at the meeting told JTA that they have no recollection of the phrase being used or any record of it in their notes.

Ravid told JTA in an e-mail that he got the quote by “sources that were in the meeting with the president” and that no White House official had denied it to him.

A couple weeks later, a Ravid story characterizing the Netanyahu government on its 100th day in office as being in disarray said that “Netanyahu appears to be suffering from confusion and paranoia.”

The article added, “To appreciate the depth of his paranoia, it is enough to hear how he refers to Rahm Emanuel and David Axelrod, Obama’s senior aides, as ‘self-hating Jews.’”

The quote was not attributed to a source. Ravid said he “cannot elaborate on the sources for the story” but that he stands behind its accuracy “100 percent.”

Israeli government spokesman Mark Regev told JTA that Netanyahu “never spoke those words.” Michael Oren, Israel’s ambassador in Washington, said in an interview in August that he reached out to Emanuel and Axelrod on behalf of the prime minister and said Netanyahu was “furious” with the report.

But before the denial, supporters of Obama’s Middle East policy seized on the quote as evidence that the Netanyahu government was difficult to work with. In addition, both Joe Klein in Time magazine and Ha’aretz editor-at-large Aluf Benn in a New York Times op-ed referred to the quote as if it were a matter of public record.

Finally, Ha’aretz stories in both July and August said that the Obama administration had “summoned” Oren over differences in settlement policy. But an Israeli Embassy spokesman and Oren himself have publicly denied any “summoning,” which implies a crisis in relations. Both said that the first time the concerns were relayed they came as part of a get-to-know-you meeting just after Oren became ambassador, and the second time they came in what Oren called a “soft-spoken” phone call.

Ravid responded that Oren in a phone conversation had declined to comment on the latter meeting before the story was published.

“There is no dispute about the fact that twice in two weeks, the Israeli ambassador in Washington received harsh complaints about Israeli policy in east Jerusalem from very senior officials in the U.S. government,” Ravid said. “The media reports in Ha’aretz or any other publication are not the cause for the problem in Israeli-U.S. relations.”

Aaron David Miller, who advised six secretaries of state on Arab-Israeli negotiations and is now a public policy fellow at the Woodrow Wilson International Center for Scholars, said disputed media reports like these reflect a “certain amount of dysfunction in the U.S.-Israeli relationship,” particularly how each side perceives what the other side is saying and how sensitive they are to it..

With the Obama administration perceived in Israel as being more demanding than previous U.S. administrations, some conservative members of the Israeli government may be trying to manipulate the tension that has arisen over the settlement dispute by leaking stories to portray a more dire situation, observed Yoram Peri, director of the Gildenhorn Center for Israeli Studies at the University of Maryland and an expert in Israeli politics and media.

Peri cautioned that one must separate public rhetoric from real diplomatic process, which happens mostly behind closed doors.

He also attributed the problematic reporting to “the serious decline in the level of Israeli media.” Today’s Internet-driven news culture — where “scoops” are more highly prized than ever — and the financial difficulties facing newspapers have contributed to a tabloidization of the news in Israel, Peri said.

Israeli and U.S. officials say stories that inaccurately portray the situation are not much of a problem.

“These are simply bumps in the road,” said White House spokesman Tommy Vietor.

An Israeli government spokesman called the disputed reports “a nuisance,” but said “they don’t have any kind of effect on the relationship.”

“The relationship is strong and good and warm,” the spokesman said. “It appears that there are elements that would like to see it otherwise, but it’s not affecting the good discussions we’re having.”

Yehuda Meshi Zahav, the angel who became a monster