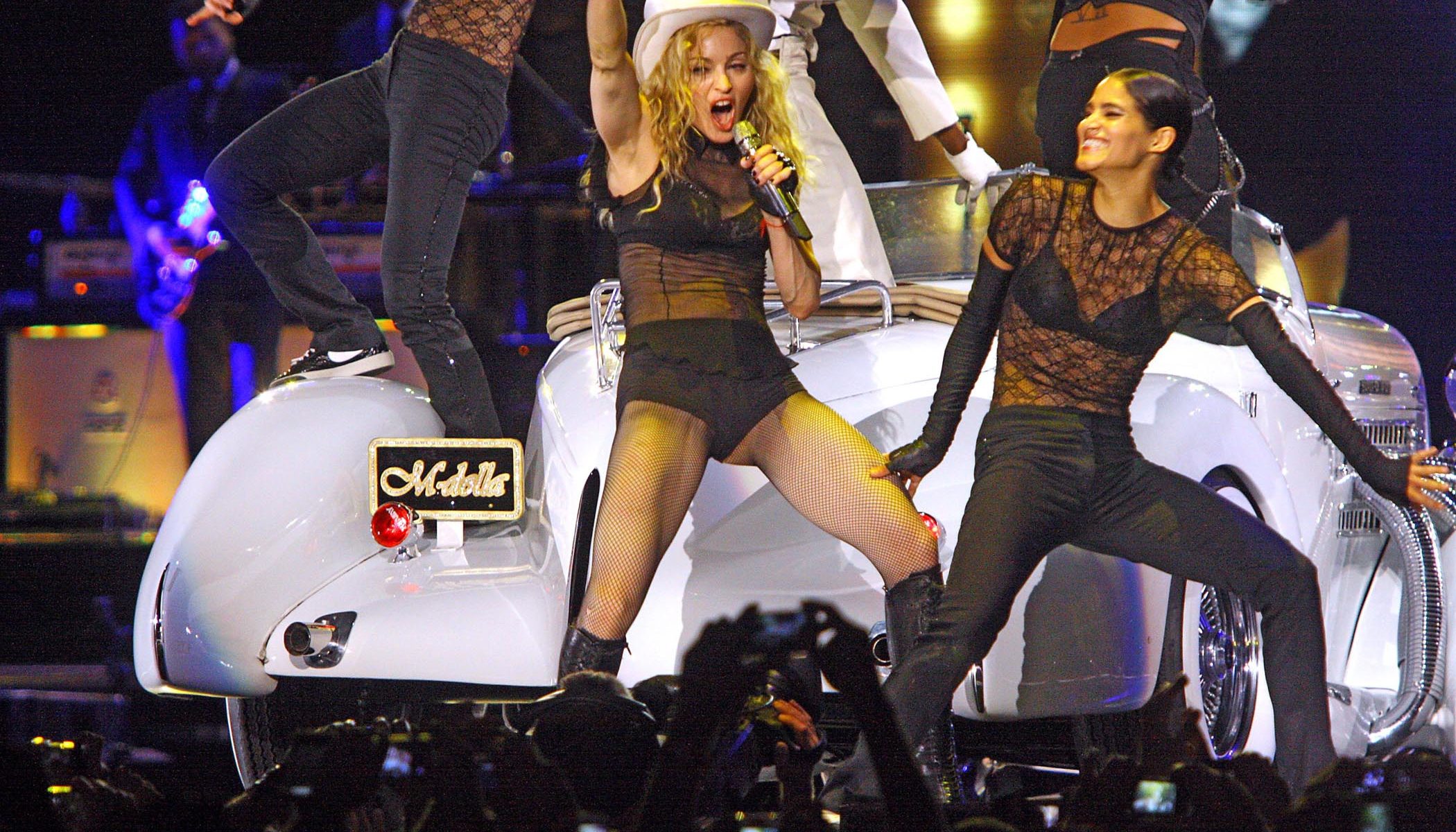 TEL AVIV (JTA) — Madonna managed to sprinkle some of her fairy diva dust on Israel during her recent tour, calling the Jewish state the world’s “energy center,” wrapping herself in the flag on stage and even lighting Shabbat candles with Sara Netanayahu.

Audiences, local promoters and officials are hoping her magic will linger and boost an already emerging trend in which Israel is becoming a draw for big-name artists in relatively large numbers.

“Anytime you have a successful concert or artist of that caliber here, people will take notice,” said Jeremy Hulsh, a concert promoter who also founded Oleh Records, a company that promotes Israeli artists abroad.

“This year was particularly strong and next year looks to be strong, too. There are lots of newcomer promoters willing to take risks because they are seeing great potential,” he said, noting that Israelis are willing to pay top dollar for tickets and thus help the bottom line. “Israelis are both excited and grateful to see any big names coming to Israel.”

Madonna played two concerts last week to a total of some 100,000 fans, while Cohen’s performance for 47,000 sold out in 17 hours — faster than his shows anywhere else in the world.

As promoters and agents talk among themselves, word seems to be spreading that Israel can be a lucrative and successful new stop for performers. Logistics and facilities are top rate, fans pay as much as $400 for good seats for a big name and, despite an uncertain security situation, artists realize when they arrive that the country belies its image as a war zone.

In an age where Israelis feel particularly besieged by international criticism amid calls for cultural and other boycotts, the celebrity acts and the glamorous star power they emit feel especially welcome.

“Madonna is the best ambassador for the Jewish people,” gushed Liav Mizrahi, a 31-year-old art teacher from Tel Aviv who saw her first of two concerts here and was still breathless the next day.

Andy David, a spokesman for the Foreign Ministry, said he hoped the message that Israel is a “normal” country was a happy by-product of high-profile acts like Madonna coming to the country.

“We are a normal country where people enjoy music and performers understand there is a market here for their music, he said, adding later that “it’s good business and a good place to come.”

“We are not some crazy corner of the world where everything is upside down,” David said.

Madonna in particular has forged a unique connection with Israel following her involvement with the Kabbalah Center in Los Angeles. Although her last performance here was 16 years ago, she has been to Israel several times in recent years on private visits that included the Western Wall in Jerusalem and the graves of mystics in Safed.

Although the average Israeli seems a bit befuddled by the Queen of Pop’s interest in Jewish mysticism, especially the Kabbalah Center’s version — serious Jewish scholars have dismissed it as a flashy and inauthentic New Age perversion — they have embraced her all the same.

Officials also have embraced the celebrity fawning with enthusiasm. Madonna dined with Tzipi Livni, a prime ministerial hopeful and leader of the opposition, at a trendy Tel Aviv restaurant. Last Friday evening the singer met with Prime Minister Benjamin Netanyahu and his wife, Sara. Madonna, who reportedly knows some Hebrew, recited the blessing over the Sabbath candles with the first lady.

One major paper featured Madonna’s arrival on its front page, overshadowing news that former Prime Minister Ehud Olmert had been indicted on corruption charges the day before.

“We have always longed for the world’s love, or at least the love of those of its stars who bothered to come here,” a sarcastic Levy wrote.

What is new, industry insiders say, is the volume of such performances, due in part to Israel’s sound track record as a place where fans will pay relatively high prices for tickets.

Performing in Israel involves not only security considerations and the extra insurance necessary to cover them, but the expense of flying in equipment, crew and backup musicians from Europe, as most performers include Israel as part of their larger European tours.

“It’s easier now because promoters are not afraid of Israel and the insurance companies are covering the risks of such shows,” said Perla Mitrani, a project manager for Israstage.com, a site that features Israeli concert dates. “Israel is now becoming a market like anywhere else, a normal stop on people’s tours. The question is how much people are ready to pay for this or that performer.”

According to Avisar Savir, a promoter who is arranging an upcoming concert here of the Chasidic reggae musician Matisyahu, the world economic crisis also has provided an opportunity for Israel.

“People need to open new markets,” he said, “and Israel is seen as a legitimate place to come in a way it wasn’t before.”