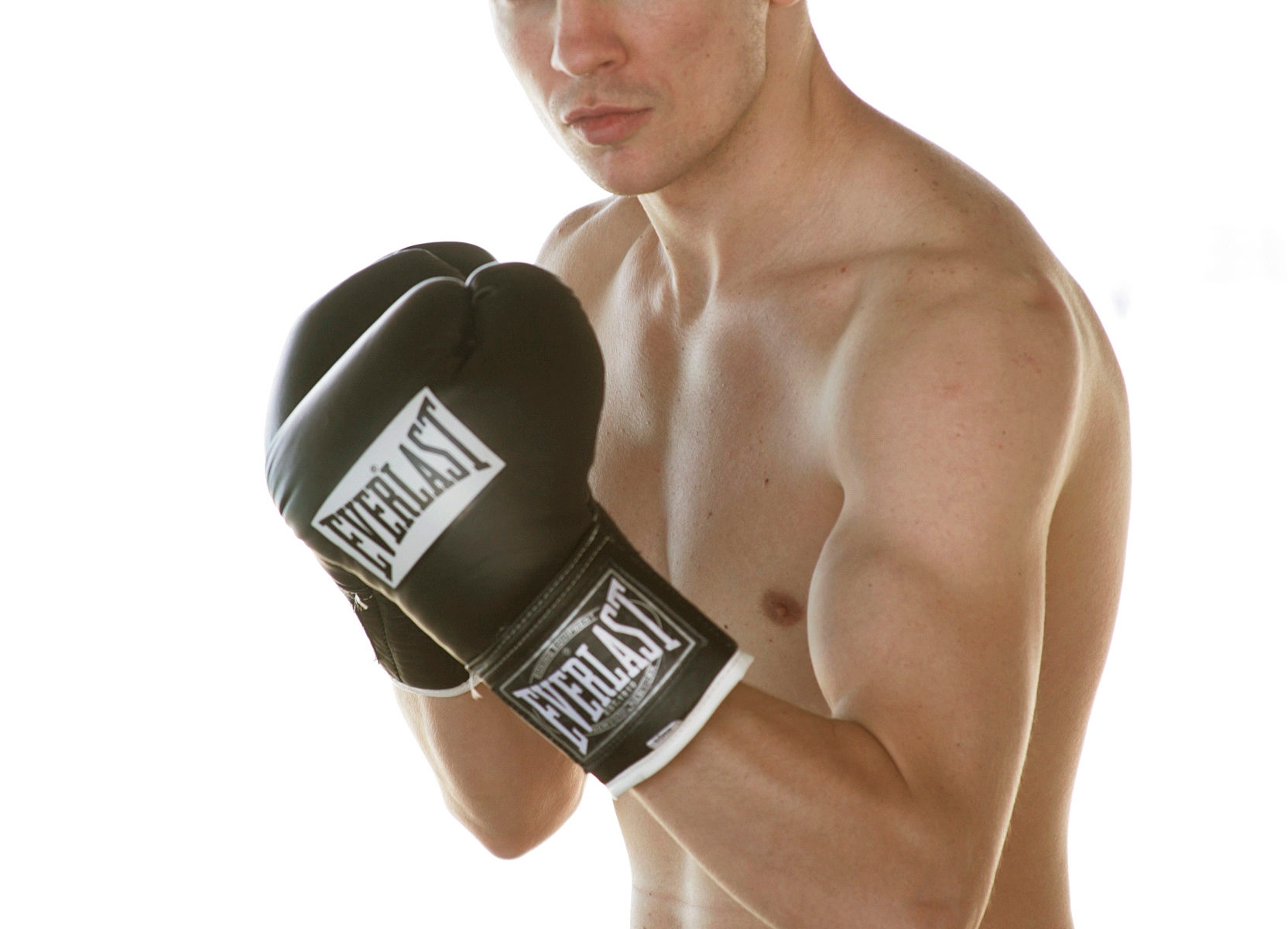 Yuri Foreman not only is training for his world junior middleweight title bout but also for the rabbinate. (Courtesy Yuri Foreman)
Advertisement

Dmitriy Salita raises his arms in victory after his fifth-round TKO of Fabian Luque in New York City in February 2008. (Alex Gorokhov)

NEW YORK (JTA) — Harking back to an era when Jews ruled the ring, two devoutly observant boxers are fighting to make this the best year for Jewish boxing in seven decades.

Middleweight Yuri Foreman, 29, and welterweight Dmitriy Salita, 27 — both undefeated — are poised to battle for world titles this fall.

As they prepare for their championship bouts, the Brooklyn pair say feel good about their chances of following in the footsteps of such Jewish ring greats as Benny Leonard and Barney Ross.

“I would not be in this sport if I wasn’t confident,” said Foreman, who will meet World Boxing Association junior middleweight champion Daniel Santos in Las Vegas on Nov. 14. “I am confident that I will be successful, God willing.”

Salita, who is gearing up for his WBA light-welterweight title shot against Britain’s Amir Khan in a bout tentatively set for Dec. 5, adds that “I think it’s incredible that Yuri and I made it to the same level at the same time. Hopefully we’ll both be successful.”

Much of the media attention surrounding Foreman and Salita, who are friends — Foreman attended Salita’s recent wedding — has focused on their strict observance of Judaism. The pious pugilists refuse to box on Shabbat, and they keep kosher and study Torah in their free time. Foreman is even training to become a rabbi.

“Many people have a stereotype about boxing that you can’t do anything spiritual,” Foreman said. “Judaism in many ways helps me in my boxing. It helps me to stay grounded, not to forget who I am and where I am.”

Salita, who studies at a Chabad yeshiva, says his Judaism helps him become a better person and fulfill life goals.

“God wants us to work hard,” he said. “While I wouldn’t recommend a rabbi’s son become a boxer, it fits in with my background. In my way, I’m spreading my Judaism.”

But critics say the focus on Foreman and Salita’s Jewish credentials may be obscuring the boxers’ shortcomings in the ring.

Though both are undefeated, some have suggested that Salita attained his high World Boxing Association ranking only because he has fought subpar opponents and that Foreman can win only on points. Of Foreman’s 27 victories, only have eight have come by knockout.

“In looking at Salita’s boxing record, it’s hard to see how he was ever pushed to the No. 1 spot in the WBA rankings,” wrote Scott Gilfoid, a blogger for Boxing News. “I can’t recognize one name among Salita’s 31 fights — not one. I don’t know who these fighters are, and it seems peculiar that the WBA put Salita at No. 1 based on these wins.”

Salita acknowledges that he hasn’t fought top contenders, but he attributes it to bad luck. Every time he was scheduled to fight a major contender, the match fell through for one reason or another, he said.

Both Foreman and Salita were born in the former Soviet Union — Foreman in Gomel, Belarus, and Salita in Odessa, Ukraine. Salita immigrated with his family to Brooklyn in his early teens, while Foreman took a more circuitous route, first immigrating to Israel before moving to New York City’s largest borough in 1999 at age 20 to pursue his career.

They agree that the immigrant experience greatly influenced their decision to pursue boxing.

“Immigration is a tough process,” Salita said. “My American dream conveyed its way through boxing.”

“If you look back at Jewish world champions, they used to be immigrants,” Foreman said. “So I guess you need this little quality, this hunger.”

Their emergence has sparked the imagination of many Jewish boxing enthusiasts fond of a bygone era when there were more Jewish fighters in proportion to their share of the U.S. population than any ethnic group in the country.

“We had a period that people don’t know or appreciate when we had almost 30 Jewish world champions,” said Mike Silver, the curator of an exhibition on Jewish boxing at the National Museum of American Jewish History in Philadelphia and author of “The Arc of Boxing: The Demise of the Sweet Science.”

“What I like about this is that it brings back history. It makes more people become aware of the Jewish experience in boxing, and that should be taught as part of the Jewish immigrant experience,” he said. “Boxing was the sport that more Jews have participated in than all other sports combined. They have been more successful at that sport than in any other in terms of sheer numbers.”

While Silver says he’s doubtful that the emergence of two Jewish boxers heralds a return to the glory days of Jewish boxing, in the 1920s and 1930s, “Even one fighter is a nugget of gold.”

Lou DiBella, a veteran boxing promoter who has worked with both Foreman and Salita, says Foreman is the more tested and has a better chance to take a title.

“With respect to Yuri, the television executives don’t think he’s exciting because of his style,” DiBella said. “Dmitriy has more of a brawling style, but with him the question is his quality.”

Steve Kim, a blogger for MaxBoxing.com, said he calls Foreman Yuri “Boreman” because of his style in the ring.

“Boxing needs exciting fighters, and I don’t think Yuri Foreman is one,” Kim told JTA. “He’s a very cautious, safety-first combatant. If you listen to the crowd’s reaction in his last bout in Atlantic City, people were booing.”

Foreman is aware of the criticism and says he feels no need to apologize for avoiding slugfests. To him, boxing is more akin to chess, where opponents outmaneuver and trick each other.

“I don’t care what critics say, I just do my thing and it’s gotten me a shot at the world title bout,” Foreman said. “I am also thinking about my future, and I want to be able to talk to my children.”

Salita says his fight in December, which likely will take place in either London or Manchester, will be his big chance to prove his worth in the ring.

“I hope that Jewish people in Britain come out and show their support,” Salita said, “and that I make them proud.”