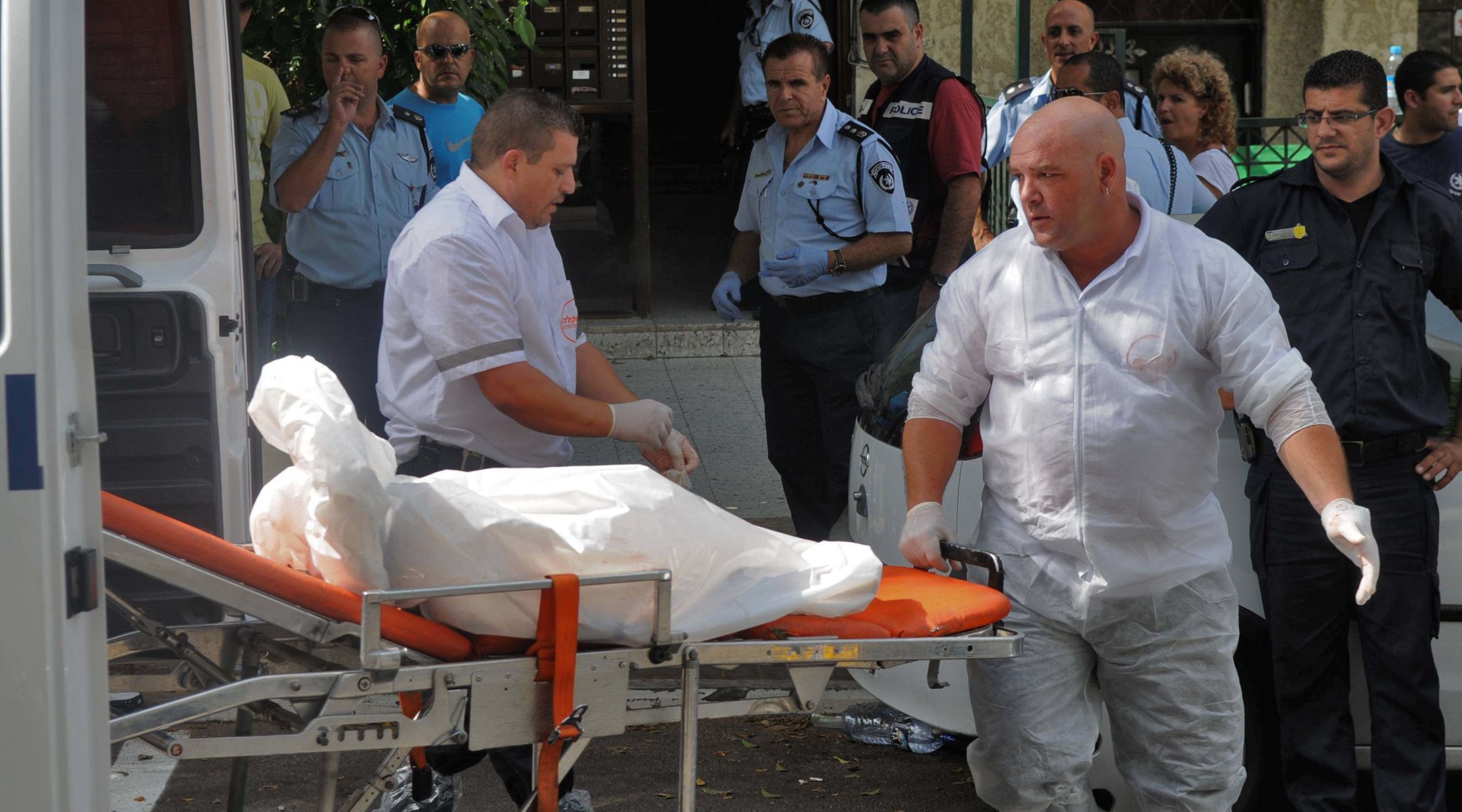 Rescue services members on Oct. 17, 2009 take out the body of a child who was among the six members of the Oshrenko family found stabbed to death in their torched apartment in Rishon Lezion, Israel. (Roni Schutzer / Flash90 / JTA)
Advertisement

JERUSALEM (JTA) — The Israeli family murdered in their Rishon LeZion home were likely stabbed to death by a professional killer, according to an autopsy.

Israelis reacted with horror over the weekend to the murder of six members of the Oshrenko family. Among the three generations of victims found stabbed to death Saturday in their burning home were a 3-year-old girl and 4-month-old boy.

The autopsy also showed that the father of the children wrestled with the killer, Ha’aretz reported. The family was buried Sunday afternoon.

The members of the Oshrenko family killed were Revital, 3, and Netanel, 4 months; their parents, Tatiana, 28, and Dimitry, 32; and grandparents Edward and Ludmilla, both 56. Tatiana and Dimitry, Russian émigrés, operated clubs and a restaurant for Russian Israelis.

“Even by the standards of the Russian or Caucasian underworld, what took place in the apartment of this family was exceptional,” a police officer told Ha’aretz.

Police on Sunday raided the restaurant in Rishon LeZion, questioning employees as well as the relatives and friends of the family. The investigation is under a media gag order.

Israeli Prime Minister Benjamin Netanyahu expressed “deep pain and shock” over the murders of the family, calling the violence “horrifying” and “terrible” at the beginning of Sunday’s regular Cabinet meeting. He offered his condolences to the family, as well as to Tourism Minister Stas Misezhnikov, a friend of the Oshrenkos.

The family had celebrated Revital’s birthday last Friday night. The next morning, firefighters were called to the apartment to put out a fire and discovered the bodies upon breaking down the door to the apartment. They said the victims had died from being stabbed and not due to the fire.