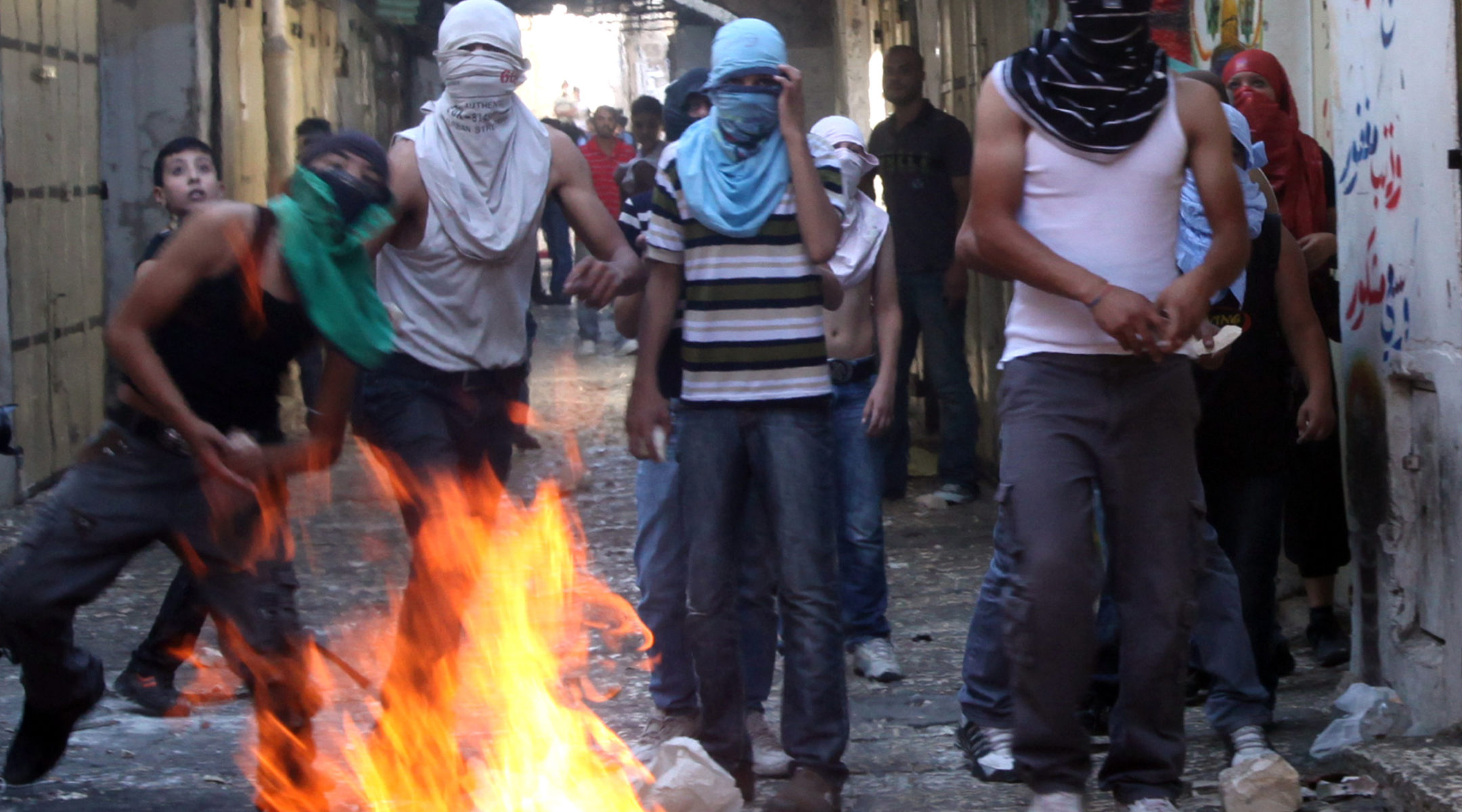 JERUSALEM (JTA) — As part of an intensifying struggle over Jerusalem, Arab leaders are keeping up a relentless barrage of criticism of Jewish construction in the city and alleged violations of the status quo on the Temple Mount.

Over the weekend, Egypt’s President Hosni Mubarak and Jordan’s King Abdullah issued a joint communique in Cairo accusing Israel of taking unilateral steps in Jerusalem that they said were undermining efforts to resume peace negotiations and could have catastrophic consequences for the entire region.

Some speakers last week at a conference on Jerusalem hosted by Morocco repeated the canard that Israel was tunneling under the Al-Aksa Mosque on the Temple Mount compound, while others charged that the Israeli government has a master plan to isolate Arab eastern Jerusalem from the West Bank.

The allegations followed weeks of tension that erupted after a Jewish fringe group announced plans to visit and pray at the Temple Mount and a radical Israeli-Arab cleric charged that Al-Aksa was in danger and called upon Muslims to put their bodies on the line to defend it. The tensions sparked a series of clashes between stone-throwing Arab youths and Israeli police during the Jewish High Holidays.

Many of the Arab allegations are patently false. There is no tunneling under Al-Aksa. On the mount itself, the Muslim religious trust known as the Wakf is in full control of the entire compound, and only Muslims are allowed to pray there. Jews and tourists are permitted to enter for three hours only in the morning and one hour in the afternoon — for individuals and small groups only — and Israeli police were quick to prevent the Jewish fringe group that wanted to pray on the mount from entering the compound.

But Jews are building homes in Arab neighborhoods in eastern Jerusalem, and Prime Minister Benjamin Netanyahu has refused to halt their activities. There is tunneling under the Arab neighborhood of Silwan as archeologists search for remains of the biblical City of David, and Jewish construction in the Arab neighborhoods of Sheik Jarrah and Ras al-Amud. National parks and archeological digs around the Old City’s holy basin are supported and undertaken by right-wing Jewish organizations with a clear agenda: to make dividing the city impossible, leaving it all under Israeli jurisdiction and thereby rendering Muslim religious control of the Temple Mount politically irrelevant.

There are two parallel battles: One for the Temple Mount, which the Muslims are winning, and one for the city as a whole, where Israel has the upper hand.

On the mount, the Muslims have been expanding their religious space, and since 1996 have built two new mosques. At the same time, they deny any Jewish religious or national entitlement.

In late August, Sheik Taysir Tamimi, a leading Palestinian cleric, claimed that the Jewish temples never existed, that Jerusalem was never a Jewish city, that Al-Aksa was built by angels and that the Western Wall was a tying post for Muhammad’s horse, al-Burak.

Israel retorts that Jewish claims about the temples having been located on the mount are universally accepted by scholars and that the historic and archeological evidence is incontrovertible.

Nevertheless, some Israeli experts claim that Israel already has lost the battle for the mount by surrendering religious control to the Muslims, failing to impose Israeli law on their building violations and abiding by a rabbinic ruling forbidding Jews from praying there precisely because of the awesome holiness of the place to Judaism. All this creates a lack of Jewish presence on the mount, which the Muslims have exploited to the full.

Shmuel Berkovits, a member of the Committee for Preventing the Destruction of Antiquities on Temple Mount, says the Muslims aim ultimately to turn the mount into something akin to the Kaaba in Mecca, an exclusively Muslim holy area from which non-Muslims are barred.

Muslim control of the mount has not stopped agitators such as Sheik Raad Salah, head of the northern wing of the Israeli Arab Islamic movement, from trying to use trumped-up claims about a Jewish threat to Al-Aksa to mobilize the Arab world against Israel and thereby torpedo any emerging peace deal. Muslim control of the mount also has prompted Israeli right-wingers to build around the Old City in order to neutralize the Muslim advantage on the mount, drawing yet more fire from the Arab side.

The end result is an extremely volatile situation that Israeli security experts say could easily trigger a third Palestinian intifada, or uprising.

“There are still tens of thousands of automatic weapons out there, and my worry is that as soon as there is an escalation, those guns will come out,” a senior defense official told JTA.

The political subtext for much of the Arab discontent is the fact that former Prime Minister Ehud Olmert reportedly offered the Palestinians a far-reaching deal on Jerusalem — Arab neighborhoods would become part of Palestine, there would be a special regime for the Temple Mount until final arrangements were worked out and what is today eastern Jerusalem would become the capital of the Palestinian state — whereas Netanyahu insists on a united Jerusalem under Israeli sovereignty.

The tensions over the city are unlikely to subside entirely until Israel and the Palestinians have a final peace treaty — likely to involve difficult concessions by both sides.