As Demjanjuk trial nears, prosecutors confident they can convict 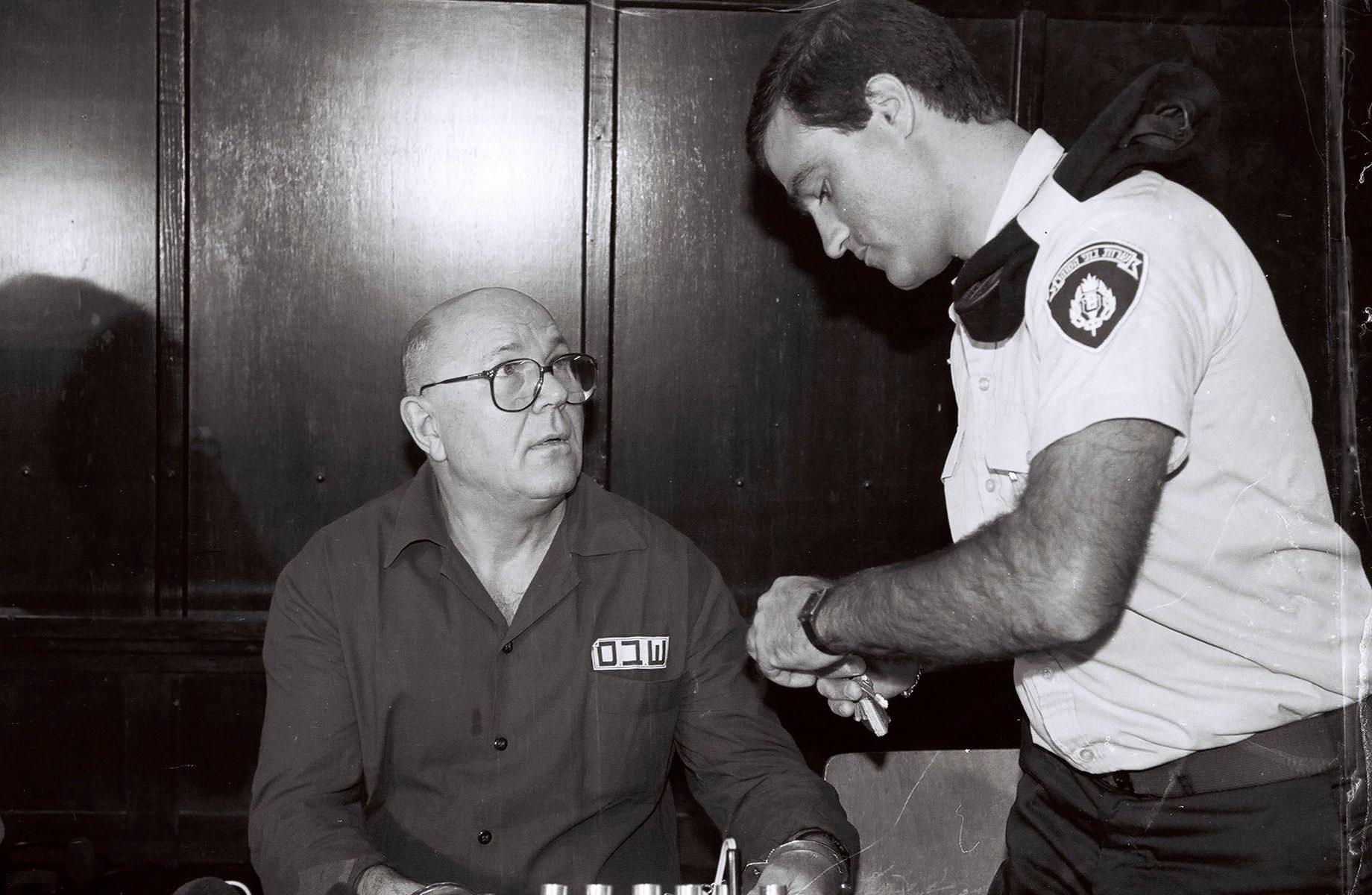 John Demjanjuk, shown in a 1991 photo in Israel's Supreme Court, is facing several years in jail if he is convicted in his upcoming trial in Germany. (Flash90 / JTA)
Advertisement

A photo of John Demjanjuk, circa 1943, the year he is accused of being an accessory to the murder of 29,700 Jews at the Sobibor death camp in Poland. (El1604 / Wikimedia Commons)

BERLIN (JTA) — Whether in a wheelchair or on his own two feet, John Demjanjuk will enter Munich District Court on Nov. 30 to stand trial for World War II-era crimes against humanity.

He is charged as an accessory to the murder of 29,700 Jews at the Sobibor death camp in Poland.

The trial, which some are billing as the last major Nazi war crimes case, marks another landmark for Germany’s confrontation with its Nazi past.

It will be the second war crimes trial for Demjanjuk, 89, who was born in Ukraine and immigrated to the United States after the war.

In 1988, Israeli courts convicted Demjanjuk and sentenced him to death for murder and savagery at the Treblinka death camp. But the sentence was overturned in 1993 when the Israeli Supreme Court determined there was insufficient evidence that Demjanjuk was the so-called guard named “Ivan the Terrible,” and he was released.

Today, prosecutors say they have all the proof they need that Demjanjuk actively participated in the mass murder of Jews in the gas chambers of Sobibor in 1943.

“The totality of evidence is overwhelming,” said Barbara Stockinger, spokeswoman for the state prosecutor in Munich.

An SS identification card places Demjanjuk in the death camp, and his number shows up on many documents related to Sobibor.

The prosecution alleges that Demjanjuk, after being captured by the Germans in 1942, received training at the Trawniki SS facility in occupied Poland, which produced guards for several death camps.

Demjanjuk insists he merely served in the Soviet army and was captured by Germany in 1942.

Much of the evidence against him was gathered by the U.S. Justice Department’s Office of Special Investigations to prove that Demjanjuk had lied about his role in the Holocaust to gain U.S. citizenship.

In October 2002, U.S. District Judge Paul Matia “found that he had contributed to the mass murder of Jews by asphyxiation with poison gas, and that he had served voluntarily at the camps,” said Eli Rosenbaum, director of the OSI, which had been investigating Demjanjuk since 1977.

Demjanjuk, an autoworker who lived in suburban Cleveland, eventually was stripped of his U.S. citizenship and, after exhausting his appeals, was deported to Germany in May 2009. Germany has jurisdiction to try Demjanjuk because 1,900 of his alleged victims were German Jews, and because Demjanjuk stayed in a Munich DP camp after the war.

If convicted, Demjanjuk faces several years in jail — reportedly a maximum of seven. The trial itself could take a couple of years.

For some in Germany, the Demjanjuk trial is reminiscent of the first major postwar trials of Nazis by Germans, including the Auschwitz trials of 1963-65, when Germany put 22 citizens on trial for their roles as mid- and lower-level officials at Auschwitz. The trials served to wake up the postwar generation to the horrors their parents had tried to forget.

In contrast, the Nuremberg trials, which took place immediately after the war, were conducted by the Allies and seen by many Germans as victors’ justice, Rosenbaum said.

“I felt then, and I feel now as an older man, that these trials [in German courts] are important,” said Wolfgang Benz, director of Berlin’s Center for Research on Anti-Semitism.

As a history student, Benz observed the trial of high-level SS member Karl Wolff in Munich in 1964. Now his daughter Angelika, a doctoral student and expert on the Trawniki SS camps, is planning to attend the Demjanjuk trial.

“There is no statute of limitations for the crime of murder. It doesn’t matter if this old guy is sick or if he is nearly 90 years old,” Benz said. “The issue of dealing with our past will never end, and Demjanjuk is the case for today.”

While some are hyping the Demjanjuk trial as the last major Nazi war-crimes trial, Nazi hunter Efraim Zuroff, director of the Jerusalem office of the Simon Wiesenthal Center, said “That’s been said for years, so don’t jump to hasty conclusions.”

Similar billing was given to Nazi trials in the 1980s, Zuroff said.

Rosenbaum, who has been asked to testify in the Demjanjuk trial, said he recently came across a Newsweek story about the prosecution of Kurt Lischka in Germany from 1979 with the headline, “The Last Nazi Trial?”

In fact, “We still have nine or 10 cases in the legal system here,” Rosenbaum said.

Would-be perpetrators must understand, he said, “that there is a real chance that they will be pursued – and not for months or years but if necessary for decades, even into old age and even into countries at great distances from the ones in which they committed the crimes.”