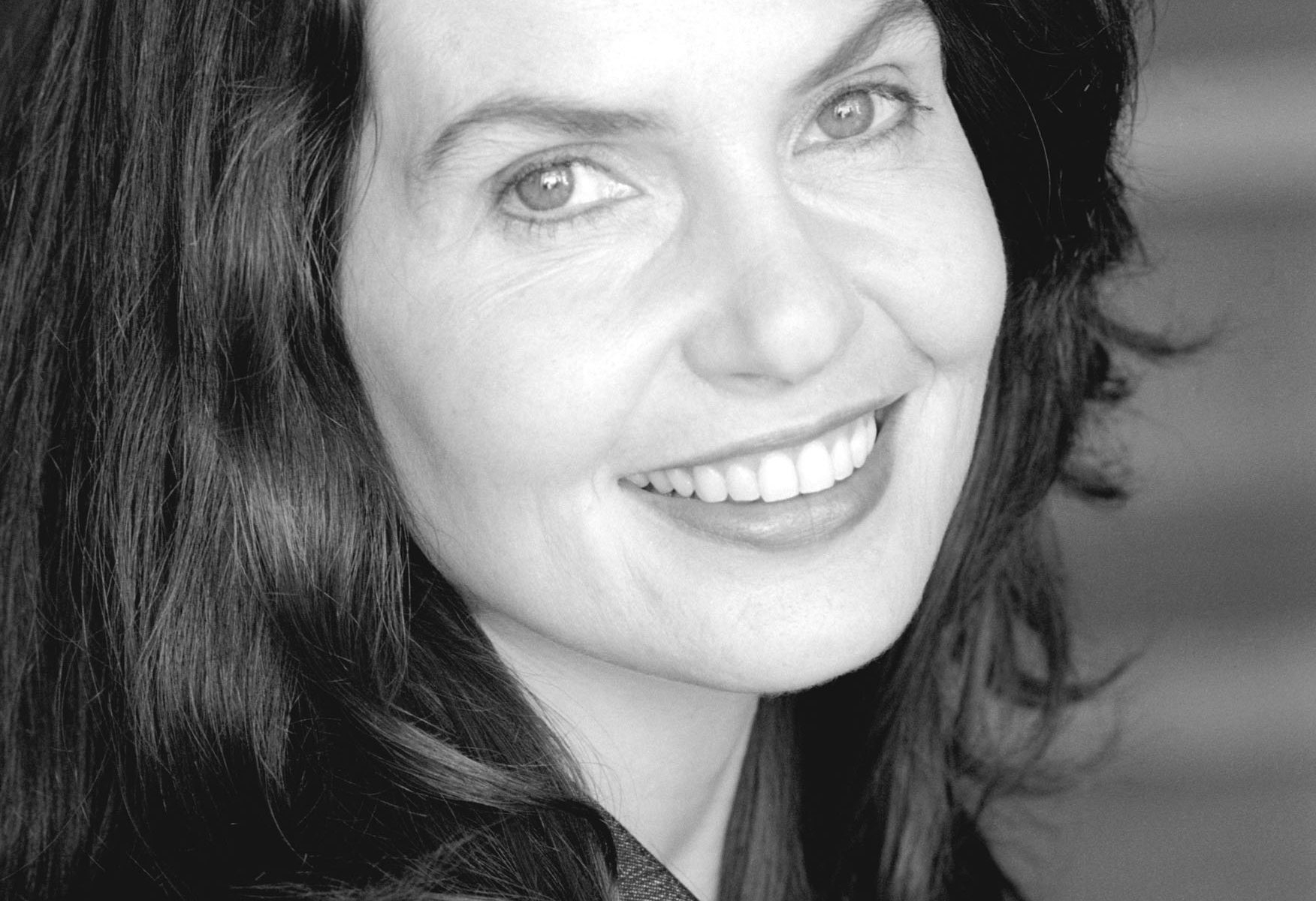 Anat Pilovsky resigned from the San Francisco federation's board a day after her two resolutions were rejected. (Courtesy Anat Pilovsky)
Advertisement

Acting San Francisco federation CEO Jennifer Gorovitz said the resolution that was rejected “would have made the federation the decider and enforcer-in-chief of very subjective language.” (Jewish Community Federation)

SAN FRANCISCO (j the Jewish news weekly) — The board of this city’s local Jewish federation overwhelmingly rejected a controversial resolution to prohibit support of events and groups that “defame” Israel or partner with those who call for boycotts, divestment or sanctions (BDS) against Israel.

Instead, at its Nov. 19 meeting, the board of directors passed a differently worded resolution opposing the anti-Israel BDS movement.

After what acting federation CEO Jennifer Gorovitz called a “lively and respectful and open discussion,” the board voted down two resolutions proposed by Anat Pilovsky of San Francisco. Pilovsky provided the only aye votes and resigned from the board the next day.

Gorovitz said the board “was rejecting not the principle [of Pilovsky’s resolution] but an overly simplistic formula, however well-intentioned, that would have made the federation the decider and enforcer-in-chief of very subjective language.”

The vote was the latest chapter in a debate over the limits of criticizing Israel and whether the local federation should use the power of the purse to enforce any red lines.

The controversy dates back to last summer’s San Francisco Jewish Film Festival — which regularly receives support from the federation, including $35,000 this year — and the screening of “Rachel,” a documentary about pro-Palestinian activist Rachel Corrie, who was killed in 2003 by an Israeli army bulldozer in Gaza. (Israel insists the incident was an accident.)

Particularly upsetting to some federation and festival donors was the festival’s decision to invite Corrie’s mother, Cindy, to speak at the event. Some critics also were upset that one of the sponsors of the “Rachel” screening was the group Jewish Voice for Peace, which according to its Web site supports divestment from companies that “profit from Israel’s occupation of the West Bank, Gaza and East Jerusalem.”

The approved anti-BDS language replicates a resolution passed Nov. 9 in Washington at the General Assembly of the Jewish Federations of North America. It calls for an “effective response” and “proactive strategy” to oppose the BDS movement, along with training, education and community mobilization efforts.

Gorovitz said the S.F.-based federation is the first federation in the country to adopt the G.A. resolution, adding the goal is “to heighten awareness … of the urgency of the BDS issue, and to ensure that the national [federation] system is committed to exploring how best to respond to the tactic.”

The board also approved a change in the federation’s grant-making process and grant agreements with beneficiary agencies, stressing the need to “utilize resources such as the Jewish Community Relations Council in advance of potentially controversial programs,” according to a federation statement.

It also voted to task an existing board working group with polling diverse voices in the community — including voices critical of the federation — and to craft guidelines for federation grantees’ boundaries of “expression on Israel beyond BDS.” Board members Daniel Grossman and David Stierman will co-chair the working group, which is slated to report to the full board in February.

Pilovsky’s second proposal was in regard to the working group. She proposed that several community members — none of whom sit on the federation board — join the group to help devise solutions, and have voting power in the group. This, too, was rejected.

Though federation board meetings are closed to the press and the public, one visitor attending the Nov. 19 meeting was Akiva Tor, the consul general of Israel for the Pacific Northwest. Gorovitz had invited S.F.-based diplomat to address the board, though he did not participate in the debate over the resolutions.

“I’m happy the federation found the way to formalize its commitment to combating groups that are trying to delegitimize Israel and Zionism,” Tor said of the approved resolutions.

Pilovsky said the approved measures are “a good start” but do not go far enough. “Let’s look at the BDS movement,” she said. Referring to the festival’s “Rachel” event, she said the approved resolutions “do not address the issue of this kind of fiasco happening again.”

Upset over federation funding of the film festival, an ad hoc group of federation donors, board members and community activists immediately began contacting federation staff, lay leadership and donors to demand the organization take action, such as cutting its funding to the festival.

The activists drafted a resolution that called on the federation to withdraw support of “events or organizations that demonize or defame Israel. Nor will it support organizations that partner in their events with individuals or groups that call for [BDS] against Israel.”

A full-page ad in the local Jewish newspaper included the text of the proposal and urged federation board members to pass the resolution. The ad was signed by 36 community members (described as a partial list). In the final resolution Pilovsky put before the board, the word “demonize” had been removed.

News of the proposal spread far and wide, with Jerusalem Post columnist Caroline Glick referring to it in a piece last week, and Rabbi Daniel Gordis, senior vice president of Jerusalem’s Shalem Center, also drawing attention to it in a recent syndicated opinion piece.

Pilovsky had been lobbying fellow board members for weeks, and while she admitted she did not expect her proposals to pass, she also did not expect to be the only person voting in favor of them.

“I was shocked,” she said. “I talked to six people [who] said, ‘Yes I will support you, I’ll be there,’ and when it came to the vote, suddenly there was nobody. When the meeting was over, I took my papers and I walked out. Nobody said a word to me.”

In response to Pilovsky’s resignation, Gorovitz said, “We’re saddened that a disagreement about how to handle this has caused her discomfort.”

KGO talk show host John Rothmann, a prominent and steady critic of the film festival and the federation’s response to the “Rachel” controversy, is unhappy with the board’s decisions. Rothmann narrated a YouTube video blasting the festival and signed on as a supporter of the now-rejected resolution.

Though Gorovitz became acting CEO months after the “Rachel” blowup erupted, she has pondered why the incident continues to roil the community.

“This thing has legs because of the high level of vitriolic accusations and misrepresentation cast at the federation,” Gorovitz said, “which is absurd and shocking. One reason this festered … was the festival not only crossed the line from art to politics but did so in a way that was careless.”

She added that after the community turmoil erupted over the “Rachel” screening and surrounding events, the federation “ought to have been out front by declaring outrage over the behavior.”

Instead, the federation released a cautiously worded statement noting that it “objected to the recent Film Festival event that featured Rachel Corrie’s mother as a speaker. The Federation expects its grantees to exercise responsibility and respect with regard to sensitive program choices.”

“While I do not necessarily advocate that everyone should withdraw their pledges or stop giving, I think that people should wait and see if the federation develops a new policy,” she said. “If there is no new policy, people should draw their own conclusions.”

Meanwhile, Gorovitz is optimistic the board’s actions will help restore calm to the community and avoid replication of another “Rachel”-type incident.

“I have every confidence,” she said, “that our board, the JCRC and our community generally will work together in the coming summer.”