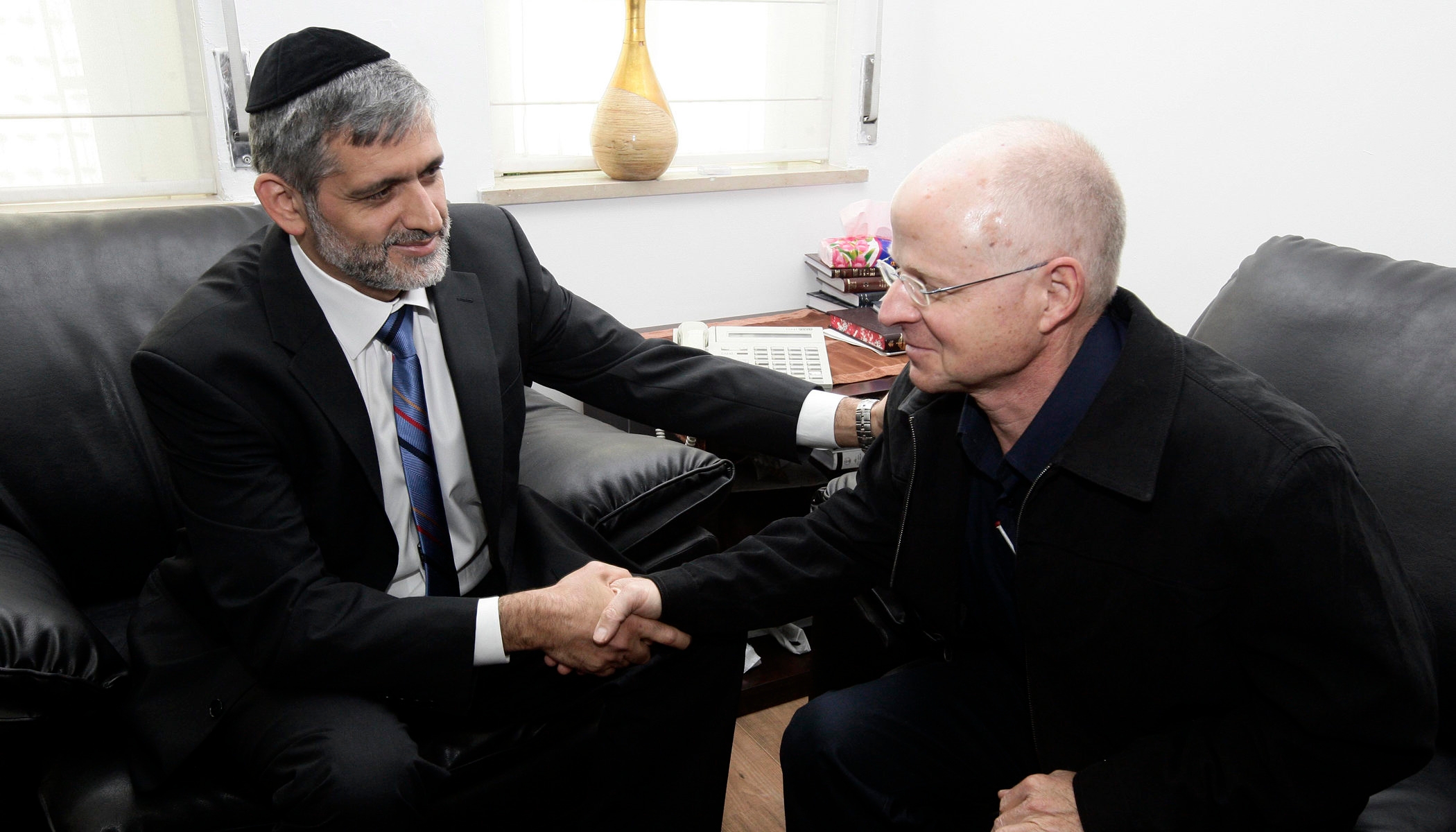 TEL AVIV (JTA) — In promos for an upcoming Israeli television special on Gilad Shalit’s family, the captive soldier’s parents are seen viewing the Hamas-made video of their son for the first time.

In the promo, Shalit’s mother, Aviva, is seen wide-eyed, cupping her hands over her mouth. A small smile curls on the face of Shalit’s usually reserved father, Noam, the most public face of the family’s 3 1/2-year struggle to bring home their son from the Gaza Strip.

The special, called “Family in Captivity,” taps into the raw emotions and sympathies for Shalit in this small country. Those sentiments are behind the strong public support for a potential prisoner swap that would return Shalit in exchange for the release of nearly 1,000 Palestinians.

There is some national debate on the issue, but relatively little agitation against a deal, despite the lopsided nature of the exchange and the potential security and political liabilities it could bring.

“Bringing Gilad Shalit home is going to cost human lives,” wrote Ari Shavit, a senior columnist in Ha’aretz. “We do not know how many, we do not know their faces, we do not recognize their names. But we can assume that they walk among us.”

Yet despite outlining some of the deal’s downsides — motivating terrorist groups to kidnap more Israeli soldiers and civilians, the destabilizing effect it could have on Palestinian politics by boosting Hamas’ standing — Shavit argues in favor of a deal.

“When it comes to Gilad Shalit, Israel has lost its senses and good judgment. Every possible mistake has been made,” Shavit wrote. “Gilad has become an obsession, a focus for a national pathology. Perhaps to get well, we need to draw a line through what was and give up. To become itself again, Israel needs to get Gilad Shalit home.”

The campaign to bring home Shalit, led by the highly visible actions of his family and a grass-roots drive in Israel and around the world, has stoked Israelis’ sense of communal empathy in a country where most families see their sons and daughters drafted into the army.

Israel has a history of making large-scale prisoner swaps in order to secure the return of even small numbers of captive soldiers, including cases where soldiers were returned in body bags. In July 2008, Israel released five Arab terrorists and the bodies of about 200 Arab fighters in exchange for the bodies of two Israeli soldiers, Ehud Goldwasser and Eldad Regev, who were captured and killed in the July 2006 Hezbollah raid that sparked the Lebanon war that year.

In discussing the possible Shalit deal, Israelis are haunted by a deal that never happened: a trade for missing Israeli airman Ron Arad, who was shot down over Lebanon in 1986 and was held captive before his trail went cold. Arad is now widely presumed to be dead.

His wife, Tami, has spoken out in favor of a swap for Shalit’s release.

“There is only one way to bring back a prisoner of war: to pay,” she said. “Ron did not succeed in enjoying the efforts to bring him back because they were made too late. The mistakes made with Ron must not recur with Gilad. The State of Israel’s deterrence will not be made or broken on the back of its POWs.”

The video of Shalit looking wan but healthy, released two months ago, has helped boost public support for a swap of this scope. The video was the first such recording since Shalit, then a 19-year-old tank crew member, was captured in a cross-border raid and spirited into Gaza in June 2006.

“Now there is clear-cut evidence that he is alive and well, it makes him even more a family member,” said Alon Liel, a former director-general of the Foreign Ministry and a political scientist at Jerusalem’s Hebrew University, who said Shalit has become a quasi-family member for all Israelis. The video, Liel said, “has built momentum.”

For its part, the Shalit family has kept up its campaign.

Noam Shalit has made countless trips abroad to lobby international leaders and diplomats, reached out to the families of Palestinian prisoners and lobbied Israeli politicians. Since the rough terms of the potential deal became public, Shalit family members have met almost daily with Cabinet ministers to press them to effect a swap.

The main voices in Israel against a prisoner swap are families who lost relatives in terror attacks and now face the prospect that the perpetrators could go free. A group of such families submitted an appeal to the Israeli Supreme Court asking that the potential prisoners’ names be released, so a proper public debate on the subject could take place.

But the court this week sided with the state and said the names would not be released before such an exchange, citing a commitment to the German mediator conducting talks between Hamas and Israel to keep such details confidential.

Students from several pre-military academies also have voiced their dissent in letters sent to Prime Minister Benjamin Netanyahu asking him to resist the heavy public pressure for a deal.

In one letter, students from the Atzmona Academy wrote that their sense of “duty to lay down one’s life also takes into account the reality of falling into captivity, with all the pain this involves.”

“We, who stand before our induction into the IDF, hear with astonishment about the intention to release terrorists and mass murderers,” the letter said. “We love Gilad and want his return, but as soldiers in the near future we would not like to limit the decision-making echelon to considerations in which the pain of the individual stands above all.”

By contrast, Shimshon Libman, who heads the main grassroots group for Shalit’s release, argues that cutting such a deal “broadcasts strength.”

“Our strength comes from our ethos that we do not abandon our people in the battlefield,” he told JTA. “If we could see him released any other way we would. But there is no other way.”