EU ‘concludes’ that Israel must step up peace pace 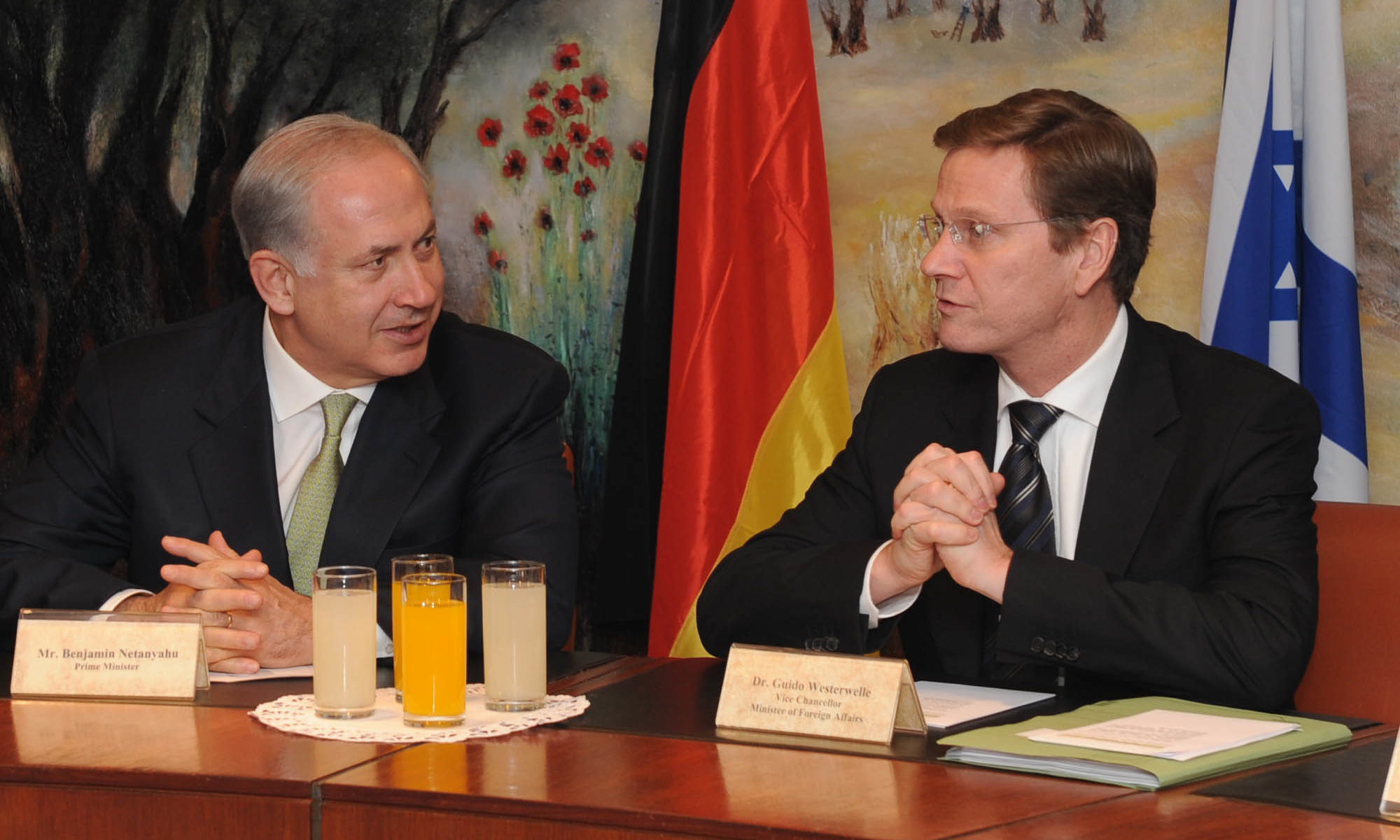 JERUSALEM (JTA) — The new European Union document on the Israeli-Palestinian conflict is being interpreted in Jerusalem as a warning to the Israelis: Do more to restart stalled peace talks or face mounting pressure from Europe.

The document, published as a set of “conclusions,” was the result of a Swedish initiative to have the European Union recognize eastern Jerusalem as the capital of a future Palestinian state — and part of a new strategy the Palestinians have been pressing in a bid to have the international community impose solutions on key issues of conflict with Israel, including borders and Jerusalem.

Israel was able to block the gambit this time, at least partially, arguing that recognizing East Jerusalem now as the Palestinian capital would prejudge the outcome of peace talks and make a Palestinian return to the negotiating table even less likely.

In the end, the European Union adopted a French draft highlighting the need for mutual agreement.

“If there is to be a genuine peace, a way must be found through negotiations to resolve the status of Jerusalem as the future capital of two states,” the final EU text read.

Nevertheless, the wording still suggests having part of Jerusalem as the Palestinian capital — a position the current Israeli government rejects. Other parts of the document reflect European unease with Israel’s policies under Benjamin Netanyahu’s government. And Israeli actions in and around eastern Jerusalem are strongly criticized.

Although the conclusions take “positive note” of Netanyahu’s “partial and temporary” freeze on settlement building, they go on to urge Israel “to immediately end all settlement activities in East Jerusalem and the rest of the West Bank and including natural growth, and to dismantle all outposts erected since March 2001.”

The conclusions reflect an erosion in Israel’s relations with the European Union in the wake of last winter’s Gaza war, the subsequent collapse of peace talks and Netanyahu’s election in the spring as prime minister.

The EU conclusions come as the organization sets out to revamp its foreign policy structure in an attempt to gain added clout on the world stage. Starting Jan. 1, Catherine Ashton, in the EU’s newly created position of high representative for foreign affairs and security policy, will be in charge rather than the foreign minister of whatever EU country holds the EU’s rotating presidency.

The aim is to give European policy greater coherence and consistency. The result could give the European Union more power to exert pressure on Israel down the road.

Additional “conclusions” could be even less to Israel’s liking. With a more coherent foreign policy leadership, the European Union could coordinate moves more closely with the United States and exert greater influence on the international Quartet, all adding to pressure on Israel.

While not as significant as U.S. influence, European influence has not been negligible. Eran, who served as ambassador to the European Union from 2002 to 2007, says the Europeans often have served as a bellwether for the rest of the international community. He noted that they were the first to recognize the Palestinian right to self-determination in the 1980 Venice Declaration and the first to talk about recognition of Palestinian statehood 19 years later in Berlin.

Now, Eran says, the EU is taking the lead on making East Jerusalem the Palestinian capital.

“If you look at the precedents, all those who are against any compromise in the city should be worried,” said Ran Curiel, Israel’s ambassador to the European Union.

Nevertheless, Curiel insists that if the Europeans want to play a role in Middle East peacemaking, they will have to start taking Israeli concerns into account.

“They keep saying they want to be a global player. But if Europe wants to be heard, it will have to reach out to Israeli public opinion and show that it understands Israeli dilemmas and sensitivities, and not only those of the Palestinians,” Curiel told JTA.

Israeli experts such as Eran do not expect EU attempts at economic pressure. On the contrary, with trade volume of $40.3 billion last year with Israel, the European Union is Israel’s largest trading partner; the United States takes a close second with $36.8 billion. Eran doesn’t expect those numbers to change as a result of politics.

“Both sides have learned to distinguish between political positions and ongoing trade, and I doubt whether even countries like Sweden would back economic sanctions against Israel,” Eran said.

The bottom line is that although economic pressure is unlikely, unless Israel is able to revive a credible peace process with the Palestinians, it could well find Europe using the Middle East as the place it spreads its new foreign policy wings.