Synagogues blogging and tweeting their way to new kinds of communication 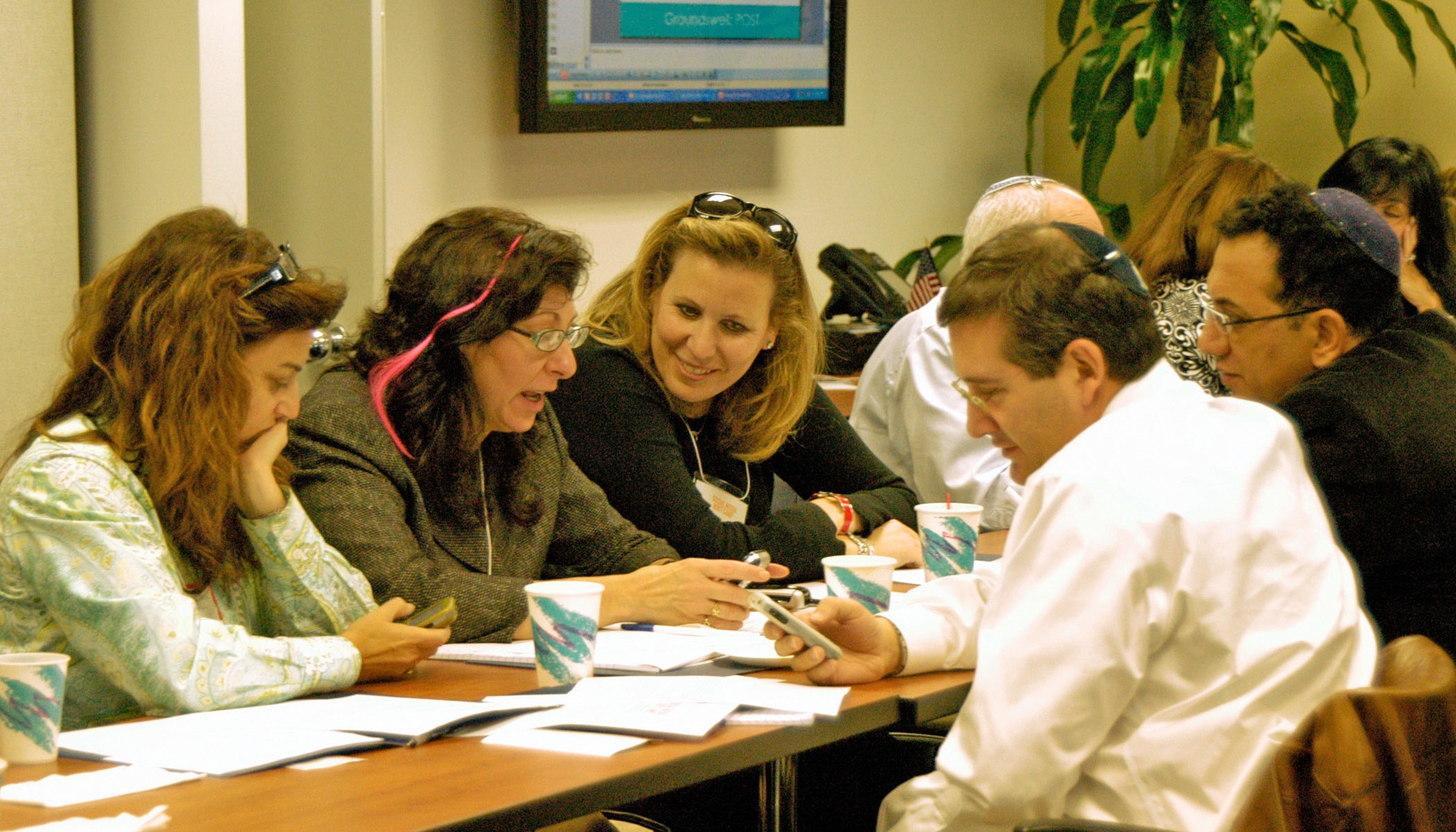 The preschool director at Congregation Beth Israel in Charlottesville, Va., tweets from the classroom several times a day, so parents can feel part of what their children are learning.

Within this past year, synagogues, religious schools and other Jewish groups have been signing on to Facebook, blogs, Twitter and other social media eager to learn how new technology can strengthen their organizations and improve their outreach.

Faith-based organizations have been “the last to the social media party,” say experts at NTEN: The Nonprofit Technology Network. Now they’re jumping in with enthusiasm — even the pope has a Facebook page, with nearly 80,000 fans.

What they’re finding out is that these tools are transforming who they are and how they operate. That can be scary to leaders comfortable with old organizational models.

“Social media changes the way people look at their faith-based institutions,” says Lisa Colton, founder and president of Darim Online, a Virginia-based nonprofit that helps Jewish organizations get over their trepidation and understand new media’s potential. “Organizations don’t have a monopoly on organizing anymore. People can talk to each other directly.”

When synagogues and religious schools first turn to new media, Colton says, they tend to use them to perform typical tasks, just more efficiently. They send event invitations by e-mail instead of snail mail, or create a Web site that clergy and staff use as an online bulletin board. The messages arrive quicker at homes, and without stamps, but it’s still one-way, top-down communication.

By delving deeper, Colton continues, Jewish clergy, educators and others discover that these media tools demand a different way of talking and listening, encouraging active participation and grass-roots involvement.

“Even at the simplest level, social media tools allow people to come together around a shared idea and shared goals in a decentralized and asynchronous way,” Colton says.

Fancy words, but what do they mean?

For Gabby Volodarsky, program director at Temple Sinai in Oakland, Calif., they mean being able to rally support quickly for someone in need.

Someone posted a note recently on the temple’s year-old Facebook page saying that she was “praying for the speedy recovery” of two new members. Volodarsky wrote back immediately and found out that the couple, who didn’t know many people in the congregation yet, had been in a car accident.

“Within an hour they got calls from all our clergy and me,” Volodarsky reports. “I asked what our Caring Community could bring them. Because I saw that posting, I was able to reach out and make them feel cared about. Now they’re among our most active members.”

People often share information online that they would not share face to face. That’s especially true of younger people, says Rabbi Jonathan Blake of Westchester Reform Temple in Scarsdale, N.Y., who uses Facebook to keep in touch with his religious school graduates when they head off to college.

When he first set up his page, Blake was pleasantly surprised that so many of his former students “friended” him. Now the rabbi is an ongoing presence in their lives, a link to their hometown Jewish community.

“I’m not there to spy on them,” Blake says. “But I know more about what they’re doing Friday night than their parents.”

If they’re involved in anything dangerous, he can step in — as a pastor, not a parent.

Social media enables congregants to talk to each other as well as to clergy or staff — a fact used by the Sixth and I Historic Synagogue in Washington to help promote its Chanukah cooking contest. Instead of sending out a straightforward invitation, the staff used Twitter to create online buzz, tweeting about the potato dish one woman planned to bring and linking to her blog.

Readers of her blog were linked back to the synagogue’s Web page — better advertising than anything else the synagogue might have come up with, says Meredith Jacobs, director of family programming.

“Why do young people come to synagogue? For community,” Jacobs posits. “With the Holy Chef contest, I saw them tweeting back and forth. They could see who else is going and get the word out fast.”

Temple Beth Sholom in Roslyn Heights, N.Y., did something even riskier — the congregation gave its senior rabbi a flip camera.

Although many older folks hesitate to use new media, Rabbi Alan Lucas took to the gadget immediately. Last week he posted his first YouTube video showing him at his desk discussing the recent Chanukah song written by Sen. Orrin Hatch (R-Utah). His video has generated dialogue even outside his own congregation: One person gently accused him of taking offense that a Mormon dared write a Jewish holiday song, to which Lucas responded he thought Hatch’s decision to write the ditty “a bit strange — but I love it.”

“I anticipate these videos will be a regular part of our congregational life,” Friedman says. “Our congregants are already on Facebook. They are using these tools, and it behooves us to get on board.”