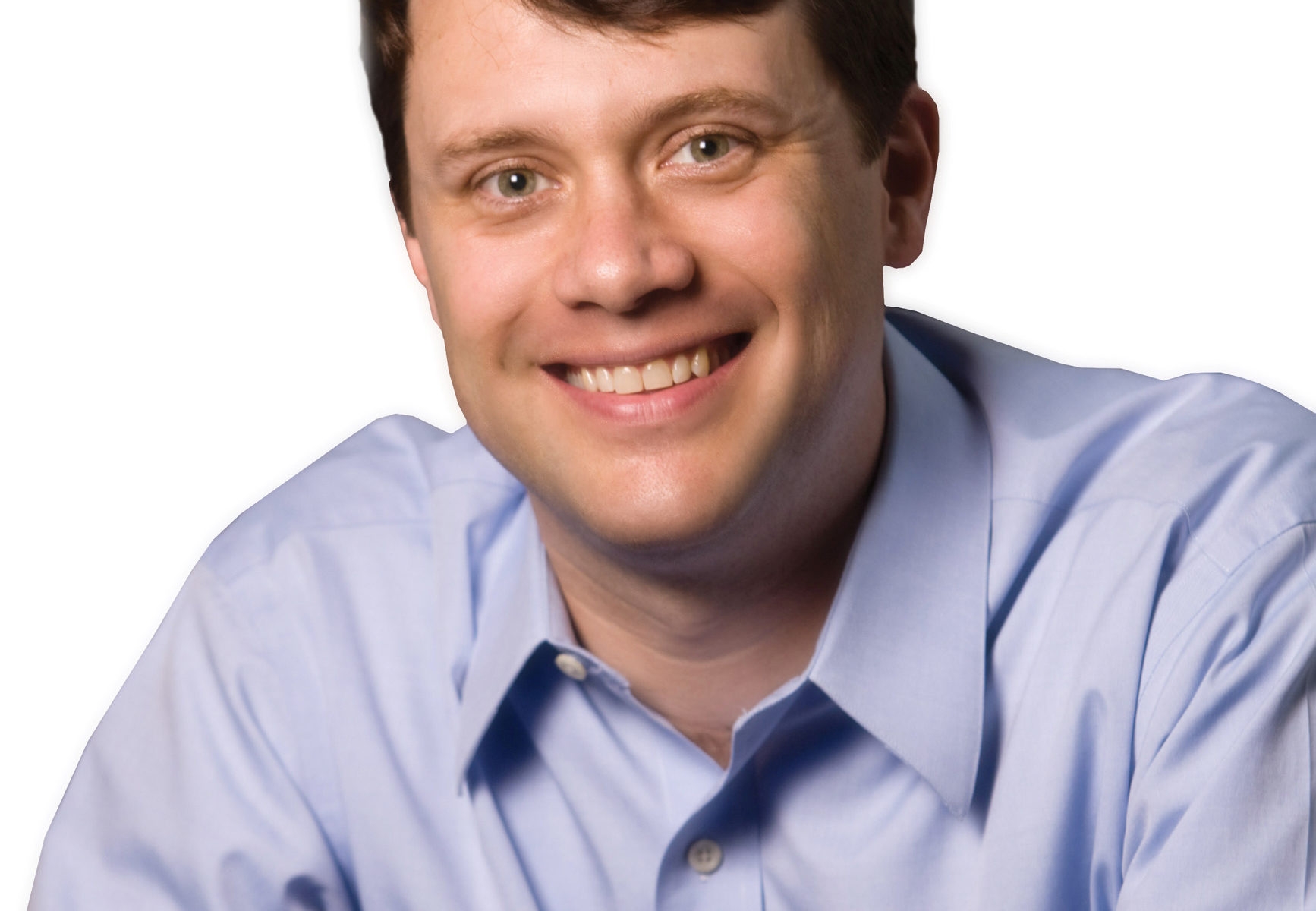 Jason Carter, the grandson of the former U.S. president, is considering a run for the Georgia state Senate. (Courtesy Jason Carter)
Advertisement

WASHINGTON (JTA) — Jimmy Carter is asking the Jewish community for forgiveness — and insists it’s not simply because his grandson has decided to launch a political career with a run for the Georgia state Senate.

The seat, which is university heavy — Emory, among others, is situated there — also has a substantial Jewish community.

The senior Carter outraged Jewish leaders with his book “Palestine: Peace not Apartheid,” and they strongly criticized the former U.S. president for what appeared to be his likening of Israel’s settlement practices to apartheid and seeming to place the brunt of the blame for a lack of peace on Israel.

On the subsequent book tour, Carter further enraged many Jews by intimating that the pro-Israel lobby inhibited an evenhanded U.S. policy.

Such bad blood could potentially translate into problems for Carter’s grandson as he considers launching a political career.

But in an interview with JTA, Carter insisted that ethnic electoral considerations were not reason enough to reach out to the Jewish community, although he did not outright deny that it was a factor.

“Jason has a district, the number of Jewish voters in it is only 2 percent,” he said, chuckling.

“While I was very happy to see my grandfather’s letter, it was completely unrelated to my campaign. The letter is a product of discussions with some of his friends in the Jewish community that have been going on for a long time.  I, like many others, see this as a great step towards reconciliation,” Jason Carter said in the statement. “As for my campaign, I intend to  reach out to all people in District 42 and work hard to earn their  trust and their votes. Ultimately, this campaign will focus on the people of this district and the issues that a good advocate in the Georgia State Senate can affect, including fixing a broken transportation system, getting the economy moving again, and providing a first-class education to our kids.”

It seemed clear, however, that Jason Carter saw the apology, issued earlier this month through JTA, as a means of outreach. The younger Carter has been trying for days to reach Liane Levetan, a former state senator and CEO of DeKalb County, and as soon as they connected Tuesday, he directed her to the JTA Web site to read the letter.

“I wanted to let Jason know that I really and truly understand his position that he loves his grandfather, but you can love someone and not agree with their points of view and actions in certain areas, and Israel is my area,” Levetan told JTA in an interview after her conversation with the younger Carter.

Levetan is one of 14 Jews who split with the Carter Center in 2006 after the publication of “Palestine: Peace not Apartheid.” The split with the center, which promotes peace and helps alleviate poverty, clearly pained her; she had known the Carters for years and had assisted Rosalynn Carter in expanding education for the mentally disabled when Carter was Georgia’s governor in the 1970s.

“I admire the Carter Center; Mrs. Carter did a lot of good things for women,” said Levetan, the daughter of Holocaust survivors. “But first I’m a Jew.”

Abraham Foxman, the Anti-Defamation League’s national director, said he was not disturbed that the former president’s reaching out to the Jewish community might have been triggered in part by his grandson’s political aspirations.

“If it turns out that President Carter’s love for his grandson brought about an epiphany in his relationship with the Jewish people, that’s fine,” said Foxman, who has criticized Carter over his statements on Israel. “I don’t care what stimulated him to re-examine his bias toward the Jewish people. If it’s his grandson and his understanding that his grandson’s relations to the Jewish community will help him succeed — I don’t think we have the right to judge.”

In his interview with JTA, the elder Carter acknowledged that the negative impressions about his book and book tour had ruptured his relations with the Jewish community. Jewish friends, including Atlanta Rabbi Alvin Sugarman, prominent Atlanta lawyer Miles Alexander and Stuart Eizenstat, who was Carter’s chief White House domestic policy adviser, urged him to reach out to the Jews.

He attempted to do so by arranging a talk at a synagogue or another Jewish venue, Carter told JTA, but was rebuffed. Hence he opted for the Christmas-Chanukah plea for forgiveness for any stigma he may have caused Israel.

“We must recognize Israel’s achievements under difficult circumstances, even as we strive in a positive way to help Israel continue to improve its relations with its Arab populations, but we must not permit criticisms for improvement to stigmatize Israel,” Carter wrote in his statement. “As I would have noted at Rosh Hashanah and Yom Kippur, but which is appropriate at any time of the year, I offer an Al Het for any words or deeds of mine that may have done so.”

“Al Het” refers to the Yom Kippur prayer asking God forgiveness for sins committed against Him. In modern Hebrew it refers to any plea for forgiveness.

Asked what in particular he might have done to stigmatize Israel, Carter referred to the title of his book. The former president said that he had attempted to conflate into a single title his belief that Palestine, not Israel, should control the West Bank, and that apartheid, not peace, would prevail were that not to happen. Apartheid was a predictor, he said, not a description; such an outlook was not inconsistent with Israeli leaders and pro-Israel groups.

“I never intended or wanted to stigmatize the nation of Israel, even though I have disagreed with the settlement policy all the way back to the White House,” he said.

While Carter remained focused on the title in the interview with JTA, he appeared to have internalized criticisms that he was one-sided and unfair to the pro-Israel lobby.

He said he was pessimistic about current peace prospects, partly because Israel continued to build settlements — but also because of the Palestinian leadership’s “recalcitrance” in insisting on a total settlement freeze and its rejection of Israel’s partial settlement freeze as sufficient grounds to restart talks.

“The Israelis have said they’re not going to discuss East Jerusalem and are still constructing settlements in the West Bank, the Palestinians refuse to negotiate,” said Carter, who travels frequently to the region. “The recalcitrance on the part of the Palestinians and Israeli settlements — I don’t see at this moment a way to bring an end to the impasse.”

Carter said he never meant to convey the impression that the pro-Israel lobby silenced criticism of Israel, only that the American Israel Public Affairs Committee was the “most influential lobbying group” and that presidents including himself and congresses have historically been “totally committed” to Israel’s security. He was grateful for the rise of J Street, saying that the dovish group’s views were aligned with his own.

“My pre-eminent foreign policy objective,” Carter said, “has been peace in the Middle East” fueled in part by his affection for Israel. He said he remained committed to helping release Gilad Shalit, the Israeli soldier held captive by Hamas since June 2006, and noted that he had helped relay two letters from Shalit’s parents to the captured soldier, and one letter from Shalit to his family.

Jewish groups that had led criticism of Carter welcomed the outreach — and adopted a wait-and-see pose.

“Over the years NJDC has taken issue with what we perceived to be President Carter’s one-sided criticism of the State of Israel,” Ira Forman, the CEO of the National Jewish Democratic Council, told JTA.  “We think only fair that when the former president asks for forgiveness for any criticism that may have stigmatized Israel that we should respond in kind. We appreciate President Carter’s ‘Al Het’ and encourage him to keep these sentiments in mind as he speaks in the future about the State of Israel.”

The younger Carter has downplayed his grandfather’s views in what will primarily be a race — likely to take place in March, if Adelman goes to Singapore — fought on local bread-and-butter issues.

“You and I both know that the Georgia Senate doesn’t set Middle East policy. And I don’t think anybody would want it to,” he recently told the Atlanta Journal Constitution.

Still, the elder Carter launched his first bid for the governor’s mansion from a state Senate seat, and Jason Carter likely also has greater ambitions.

It would make sense for him to reach out to Jews, said Joy Malkus, the research director for JACPAC, a Chicago-based pro-Israel political action committee. She recalled the similar experience of Jesse Jackson Jr., the congressman who had to overcome Jewish animosity to his father, the Rev. Jesse Jackson.

Jews in Jackson’s district were “naturally somewhat skeptical,” she said, and Jackson worked hard, through visits to Israel and cooperation with the local federation, to overcome the skepticism.

“From what I remember at the very beginning when he ran,” Malkus said, “we really had to talk to people, and say, ‘Yes, we did sit down with him, and he had a position on Israel, and he worked with federation,’ and people had to be somewhat assured that he was going to be a friend.”