Op-Ed: Once unthinkable, a Jewish community thrives in Poland 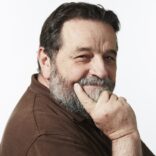 WARSAW (JTA) — Always be careful what you say to the media, or your words may return to haunt you.

Back in the early 1980s, I did not yet understand this. I was just becoming a journalist — in the democratic underground, for no self-respecting person would serve as a mouthpiece for the military regime that was running Poland at the time. So my problem was how to gather information without getting caught, not how my statements would read years later.

I was being interviewed by a Solidarity activist — and almost certainly, I thought, someone involved in the underground as well — but of course we did not discuss that. She was writing a book about contemporary Polish Jews and wanted to talk to me.

We weren’t discussing the intricate problems of the underground political struggle, but something more simple and personal — being Jewish.

“How do you see the future?” she asked.

“I believe we are the last ones. Definitely,” I said.

“And there will be no Jews in Poland?”

“In the sense of a religious, national group, no.”

I may have added that Poland might one day be independent and democratic again, no longer a Soviet satellite, though I did not expect to live to see the day. But Jews in Poland? No way. It all ends with us.

A quarter century later, sitting at my desk in the booming capital of this NATO and European Union member country, I acknowledge that I have lived to see and even grown accustomed to a free Poland. And what about the other impossibility, the Jews?

Well, there is a bar mitzvah in my shul next week. The yearly Jewish Culture Festival in Krakow is just around the corner. Midrasz, the Jewish magazine, comes to my mailbox regularly late. My younger son graduated from the Jewish school. My older son was press spokesman of the Warsaw kehilla for some time. The invitation for the Israeli Independence Day reception just came in.

Why had I once been so sure that it was over? Maybe it was loneliness.

There were so few of us then, Jews trying to do something Jewish. True, there was the shul — but I was the youngest congregant by two generations. There was the officially sanctioned Jewish Socio-Cultural Association, but it mainly served to lay down the party line, even if in Yiddish.

My friend had asked why the association does not observe the Jewish holidays.

“We did have a ceremony for the anniversary of the October Revolution, didn’t we?” came the somewhat puzzled reply.

The Yiddish theater staged a few classics in an off-putting, caricatured, pseudo-folkloristic way. And that was it.

And there was the anti-Semitism, too, from official statements to snide comments made by people who otherwise were on our side. Among the underground publications, printed and distributed at risk, one would encounter tracts denouncing the Jewish enemies of Poland and her Church. Add to this the desolation of tolerated Jewish life and the fact that I could count on two hands the number of Jews I knew, and there seemed little on which to build hopes.

To have a Jewish life, you need Jews. And a little bit of freedom. Forget it.

“We are the last ones. Definitely.”

There were Jews around us then; we just did not see them. Many would never admit their origins outside of the four walls of their rooms, and sometimes not even there. They had seen their share of tzuris and had no need for more.

And then it was all over. The Communist Party was out of the government coalition and soon dissolved. The underground press went above ground. The Soviet army left Poland. Poland left the Warsaw Pact. Everything we knew would never happen was happening all at once, the impossible was becoming yesterday’s news — so why not try to be Jewish?

Jews came out of the woodwork, went to shul for the first time in their lives and stood at the entrance unsure whether to make the sign of the cross, looking in vain for the altar. They attended lectures about Jews in Poland, stood up to ask a question, hesitated, blurting out, “Well, I’m Jewish …,” and waited for the lightning bolt they had spent their lives trying to avoid.

Society at large reacted favorably. It was a time in which everything was possible, but we were woefully unprepared to meet these fresh-out-of-the-closet Jews. Jewish institutions had to be reorganized from scratch, reoriented and redefined. And most of these Jews could not contribute. They needed certainties on which to root their identities, not arguments about whether the shul should remain Orthodox, hotly debated between those who knew no Hebrew and ate treif. There were no Jewish schools and no kosher shops.

One day a middle-aged Polish peasant showed up at shul. Recently, on his deathbed, his father had told him: “Stas, you are a Jewish orphan from the ghetto, and we could not leave you to die; God would not have forgiven us. We adopted you, but you understand that you cannot be my heir.”

Stas understood that a Jew cannot inherit the fields of a Pole, but he was that Jew. He had lived all his life as a Polish peasant, very Catholic, vaguely anti-Semitic. He had been told he is somebody else. He had come to my shul to find out what to do.

“Should I get circumcised?" he asked. (His Jewish parents evidently had decided not to brand him with the mark that spelled death.) "Should I leave for Israel?”

This was beyond us. We failed him, and he returned to his village. And we failed others before we got our act together and people were again settling into the new Poland which, for all the earth-shattering changes, was not that different from the previous one.

Yet we did manage to do some things right — with a little help from our friends. An extraordinary young American rabbi, Michael Schudrich, came along and today is chief rabbi of Poland. A kindergarten was set up by R.S. Lauder Foundation. The Taube Foundation began supporting Jewish programs in Poland. With that aid and more, both spiritual and material, we grew.

The kindergarten was probably the catalyst. After the early graduates of the Jewish kindergarten of Warsaw entered the regular school system, we hardly expected their parents to return to us and say that the kids were missing out. They needed — and deserved — something more: a Jewish school.

These parents, even if they had shared the same experiences we did, no longer seemed to think that we were the last ones. When you have kids, the future becomes an everyday presence you want to shape into all that it can be.

I know: My younger boy was one of the first four kindergarten graduates.

So we set up the school, which now has more than 200 students. Parents who had decided to leave their closet wanted to make sure their kids would never need one. This commitment could be expressed only because the country was now free, because assistance and support was at hand, and because there were people around who wanted to be Jewish, even if they had thought of themselves as the last ones.

These conditions, though necessary, only opened the way and would not by themselves have been sufficient. The will to start walking had come from somewhere else — from the generation that emerged bloodied and numb from the greatest disaster our people had ever seen.

Trained in survival, in assimilation, this generation determinedly raised their children not to be Jewish, to know nothing of their heritage and past, to be safe. And yet, possibly without knowing it, often assuredly not wanting it, they planted in their children a secret Yiddishkeit that was to be concealed but preserved. This is what made their children and grandchildren want this Jewish school.

Soon we were so busy filing for construction permits and setting up curricula that we were almost oblivious to the miracle we were witnessing.

Sure, two Upper West Side blocks still have more Jewish children than all of Warsaw. So what?

While some were busy with the school, others brought the shul back to life. Today we have congregants’ children running up the aisles, and I am counted among the "alte kakers." Others, uncomfortable with our shul’s Orthodoxy, set up a Reform congregation. Fine, the more the merrier.

A youth association was created, went into crisis, split and re-emerged. Jewish summer camps would start with davening shacharit and end with fierce discussions of just how much religion a normal Jew can stand, as if it were normal to discuss normal Jews.

Twenty years later, this is what we have become, a normal Jewish community, with people attending one kind of services, and certainly not the other kind, or dafka, never going to pray. Not because there is no shul. Not because they are afraid. Not because they would not know what to do once they are there. Just because it is their Jewish pleasure to do it their way.

We’ve got it made — but always be careful what you say to the media.

(Konstanty Gebert is the director of the Taube Center for Jewish Cultural Renewal in Poland and the founder of Midrasz, a Polish-Jewish monthly magazine.)