Questioning of Women of the Wall leader sparks protests 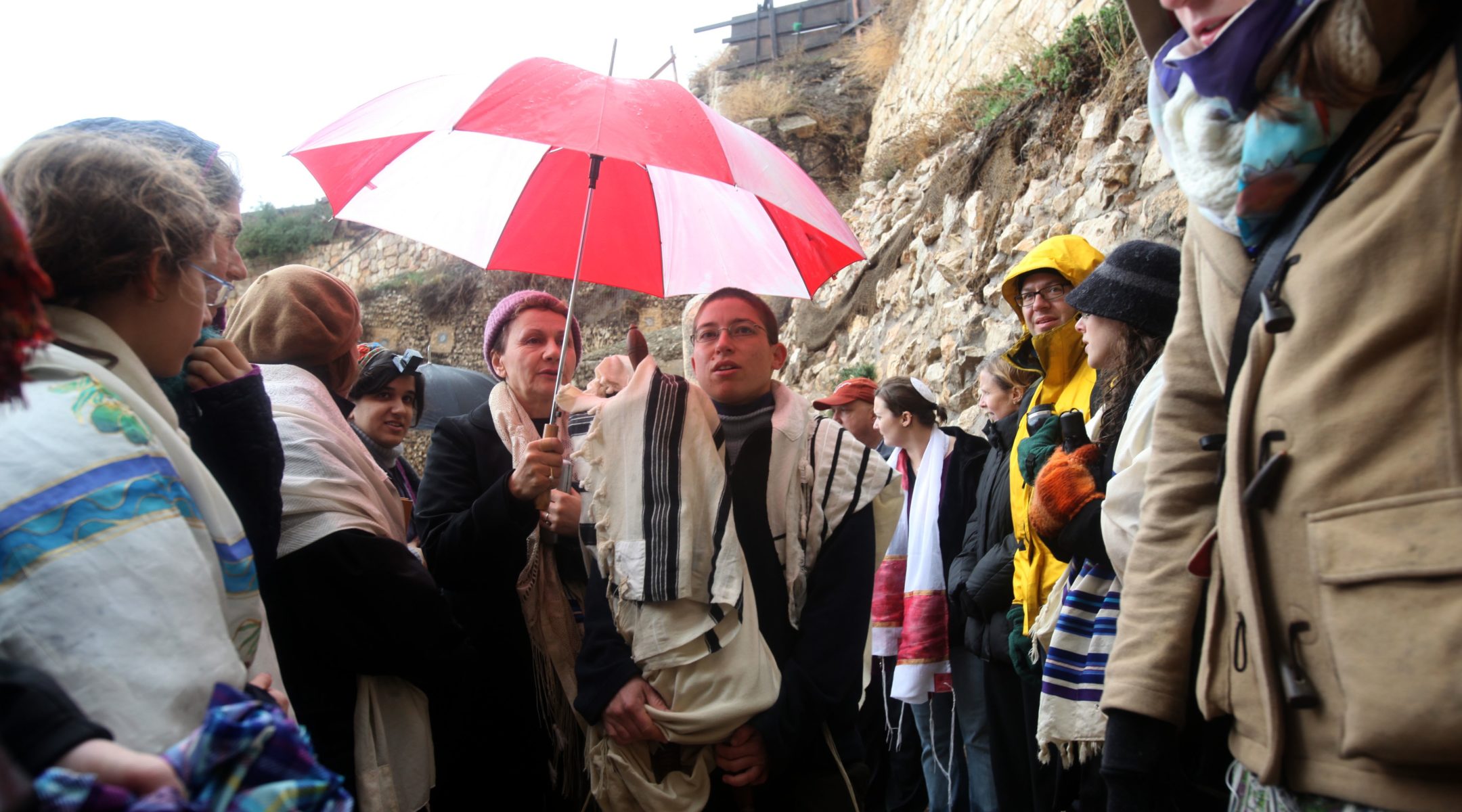 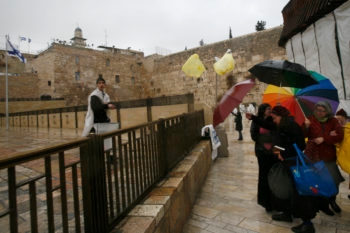 A haredi boy throws garbage at Jewish women as they come to pray at the Western Wall in a session organized each month by the Women of the Wall, Dec. 18, 2009. (Miriam Alster / Flash 90 / JTA)

JERUSALEM (JTA) — The Conservative synagogue movement is launching a campaign to protest the recent questioning and possible prosecution of a leader of the group Women of the Wall.

For more than two decades, the group has been organizing regular women’s prayer services at the Western Wall and pressing for expanded worship rights at Judaism’s holiest pilgrimage site. Last week its chairwoman, Anat Hoffman, was summoned to a Jerusalem police station for questioning.

According to Hoffman, also director of the Reform movement’s Israel Religious Action Center and a former member of the Jerusalem City Council, she was questioned by police about her role in Women of the Wall, fingerprinted and told that her case was being referred to the attorney general for prosecution.

“I think it was a meeting of intimidation,” Hoffman told JTA.

Micky Rosenfeld, a spokesman for the Israel Police, confirmed the basics of Hoffman’s account. But Shmulik Ben-Ruby, a spokesman for the Jerusalem police, denied that the matter has been referred to prosecutors. He said that Hoffman and her group are suspected of having acted to “hurt the feelings” of worshippers at the wall. “We are still checking and will see what will be the end in the investigation,” Ben-Ruby added.

She told JTA that she hopes to “wake the American Jewish giant” in an effort to prevent the attorney general from moving ahead with prosecution. If convicted, Hoffman said, she faces prison time or a fine of about $3,000.

The United Synagogue of Conservative Judaism, the movement’s congregational arm, issued a statement declaring that Hoffman’s arrest and fingerprinting, “opens a new and ominous chapter in intra-Jewish relations in Israel.”

The group urged members to send a letter to Israel’s ambassador in Washington, Michael Oren, to inform him of “the gravity of this issue” and press his government to “take immediate steps to end the harassment of women seeking to pray with dignity at the Western Wall, Judaism’s most holy place.”

Hoffman’s questioning comes nearly two months after another Women of the Wall member, Nofrat Frenkel, was arrested after she and other women began reading from a Torah scroll in the course of the group’s regular prayer session at the wall, timed to coincide with the start of the new Hebrew month.

Frenkel and Hoffman were informed that they were in violation of an Israeli Supreme Court ruling that, citing concerns about public safety, denied women the right to read from the Torah in the regular women’s section of the wall. The ruling resulted in the designation of a nearby site, known as Robinson’s Arch, as the place for women to pray as a group with a Torah scroll.

Hoffman scoffs at the solution, calling it “separate, but it’s not equal.” A Torah scroll the group uses was damaged by rain at the site, which lacks a covered space like the men’s section at the wall.

“It is not a place of prayer,” she said. “It is a place where we are praying, and a tour guide is walking with a tour, showing them the different archaeological artifacts. And most important, we can’t read Torah there in safety because it rains on our head.”

“People of all faiths, after all, are welcome at the Kotel — as they should be,” he wrote in an opinion essay distributed via e-mail. “Out of respect, though, for the Jewish historical and spiritual connection to the place, public services there should respect a single standard of decorum. And that standard should be, as it has been, millennia-old Jewish religious tradition.

Promoting a “particular view of feminism,” Shafran added, “should not compel them to act in ways that they know will offend others, to seek to turn a holy place into a political arena.”