Israel under the radar 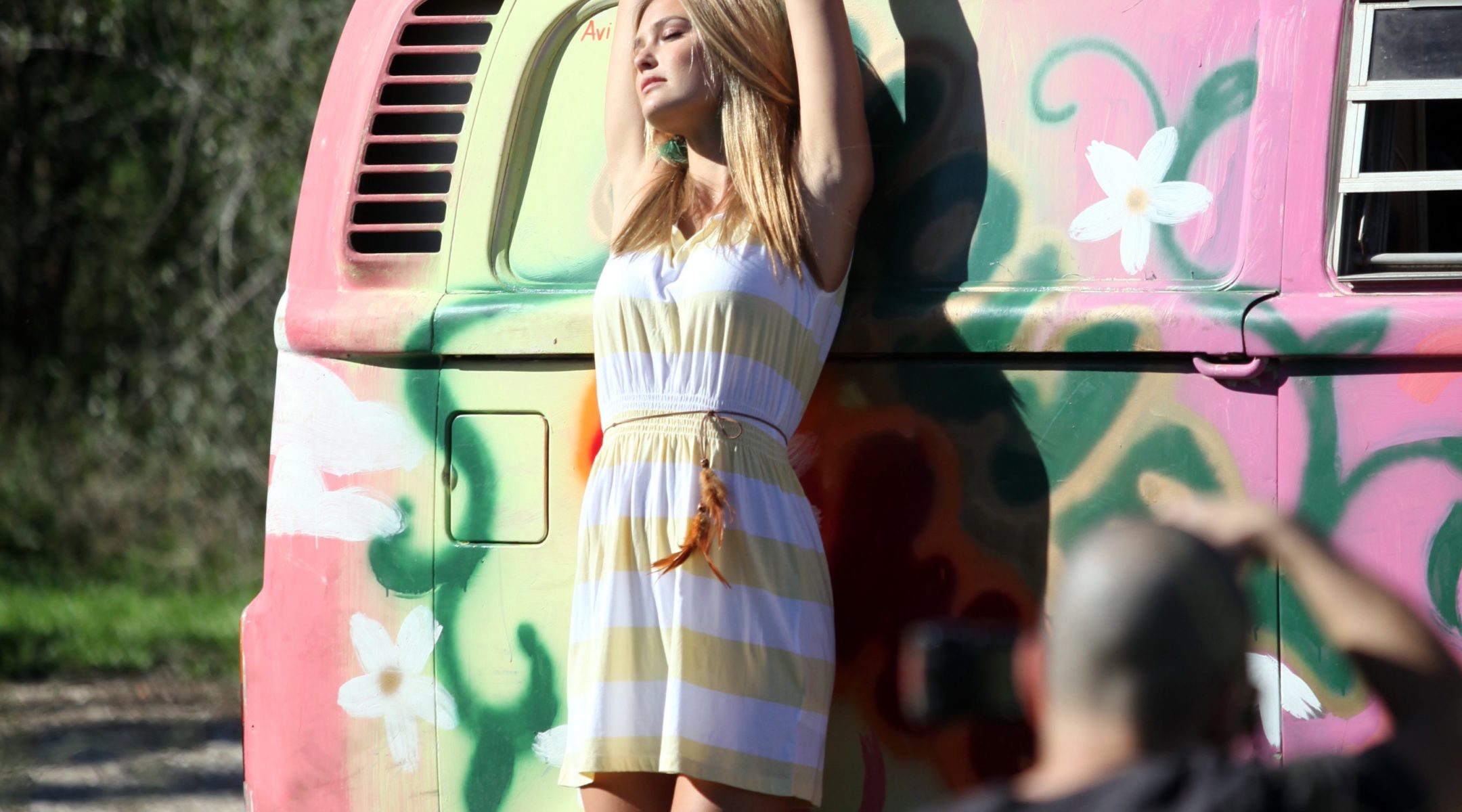 Israel taxes will pose less of a problem for supermodel Bar Raphaeli, shown at a shoot in Israel in December 2009, following an agreement with the Israel Tax Authority. (Yossi Zamir / Flash 90)
Advertisement

JERUSALEM (JTA) — Here are some stories from the past few days in Israel that you may have missed.

Bracing for a mikvah ruling

A new Jewish legal ruling by an old sage may prevent religious women from having straight teeth.

Rabbi Yosef Elyashiv, 99, the leader of the Ashkenazi ultra-Orthodox, or haredi, community announced recently his new halachic ruling that women who wear braces cannot have a kosher immersion in a ritual bath.

Jewish law requires that women immerse fully naked in a mikvah in order to resume physical intimacy with their husbands after the menstruation period. No “partitions” between the woman’s body and the water — including nail polish and even fingernail dirt — are permitted.

Elyashiv ruled that braces are considered a “partition” between a woman’s body and the mikvah waters. Ynet reported that orthodontists and dentists in Israel’s haredi community already have begun advertising removable braces.

Billboards around Tel Aviv are hailing the arrival of the newest oleh to the city: the American retailer Gap. Last Sunday, Gap opened a 7,000-square foot store in the trendy Azrieli Mall.

Gap had made its Israeli debut in June at the Mamilla Mall outside the walls of Jerusalem’s Old City, joining other American outlets such as Polo Ralph Lauren, Nautica and Tommy Hilfiger. A third Gap is set to open in Herzliya later this year.

“We think that the Israeli market has a very special connection to this brand — a strong emotional connection,” Elbit Trade and Retail CEO Arik Ben-Zino told the Globes business magazine Firma when his company inked the franchise agreement with Gap last year.

The opening of the retailer in Israel not only bridges the gap between Israel and America, but between Israel and its neighbors. Gap already has stores in Saudi Arabia, Turkey and the United Arab Emirates, and franchise agreements have been signed with Egypt and Jordan.

Gap-owned Banana Republic reportedly is likely to open a store in Israel soon. Meanwhile, the popular Swedish fashion outlet H&M is sheduled to open its first Israeli store in Azrieli in two weeks, followed by six other locations throughout Israel.

Israeli supermodel Bar Refaeli has reached an agreement with the Israel Tax Authority on her request to be exempt from paying taxes because she works mostly overseas.

Under the agreement Refaeli, who had a photo spread in the latest Sports Illustrated swimsuit edition, will pay a tax of 25 percent on her income until mid-2009 and then be exempt if she spent most of her time outside Israel.

Her original request to be considered an expatriate was denied because she did not meet the requirements for foreign residency, including living abroad a certain number of days over a three-year period.

Her income is listed under the name of a company in Singapore and her bank account is managed in Cyprus, according to Ynet.

‘The Office’ in Tel Aviv

The popular TV sitcom “The Office” will be made into an Israeli version. The British-originated show already has American, Russian and French versions.

Characters in the Israeli version, called “Super Office,” will include an intellectual Arab, an Ethiopian Israeli and an Orthodox Jewish woman. The show will be set in Yahud, a suburb of Tel Aviv.

“I am thrilled and amazed that Israel is making ‘The Office’ with local writers, directors and actors,” said the show’s creator, Ricky Gervais, who portrayed the character David Brent in the British original.

No word yet on when the Israeli version will premiere.

The main road leading into Jerusalem 1,500 years ago has been unearthed by archeologists.

Large flagstones of the ancient street, thought to be a main commercial center, were uncovered at a depth of 14 feet below Jerusalem’s David Street, the Israel Antiquities Authority announced.

Archeologists said they suspected the ancient street lay underneath because it is indicated on an ancient mosaic map found in a church in Jordan from the sixth or seventh century CE depicting the Land of Israel during the Byzantine period.

“It is wonderful to see that David Street, which is teeming with so much life today, actually preserved the route of the noisy street from 1,500 years ago,” said Ofer Sion, excavation director on behalf of the Israel Antiquities Authority.

Meanwhile, archeologists also discovered a rare fragment of a marble plaque bearing parts of an Arabic inscription from the beginning of the 10th century CE. The plaque was unearthed during excavations before construction set to take place in a private home in the Jewish Quarter of Jerusalem’s Old City.

Three engraved lines of square Arabic script characteristic of the first centuries of the Islamic period are all that have survived of the inscription.

Professor Moshe Sharon of Hebrew University said the plaque commemorates the granting of an estate by the Abbasid caliph to one of his loyal followers in Jerusalem.

Conversions dropped by 12 percent in Israel in 2009 from the previous year.

Some 4,206 people converted to Judaism in 2009, compared with 4,800 in 2008, according to a report presented last week to the religious courts and state conversion bodies by Rabbi Israel Rosen, the former head of Israel’s conversion administration. Of the converts, 986 were immigrants from the former Soviet Union.

In a letter included with the report, Rosen decried the decreasing conversion rate, blaming it on the negative public perception of converting in Israel. Last year had the lowest number of conversions since 2002, he said.

Last year, the Chief Rabbinate moved to annul several conversions, sparking a firestorm of controversy and, critics say, dissuading people from going through the conversion process. In addition, rabbinic marriage courts in some cities have refused to recognize conversions performed in other Israeli cities.

A gay couple has asked Israel’s Supreme Court to allow them to have a baby using a surrogate mother in Israel.

The couple turned to the high court because Israel’s Surrogacy Law only gives heterosexual couples the right to conceive a child using a surrogate in Israel.

Itai Pinkas and his partner Yoav Arad submitted their petition to the court on Feb. 10.

Pinkas is a leader in Israel’s gay, lesbian, bisexual and transgender community. The men were married in Canada in 2005 and turned to Israel’s Supreme Court to require the Interior Ministry to register the marriage in the country’s Population Registry. Israeli law now recognizes same-sex marriages performed elsewhere.

Using surrogate mothers in India, the couple has been trying for the last five years to have a child. They also tried to have a child with a female friend in Israel, but she suffered a miscarriage.

“We are not asking for financial support, privileges or rights that others don’t enjoy,” Pinkas told the Jerusalem Post. “We don’t want anything. All we ask for is to be able to do what any couple in Israel can do, to bring a child into the world through surrogacy in Israel.”