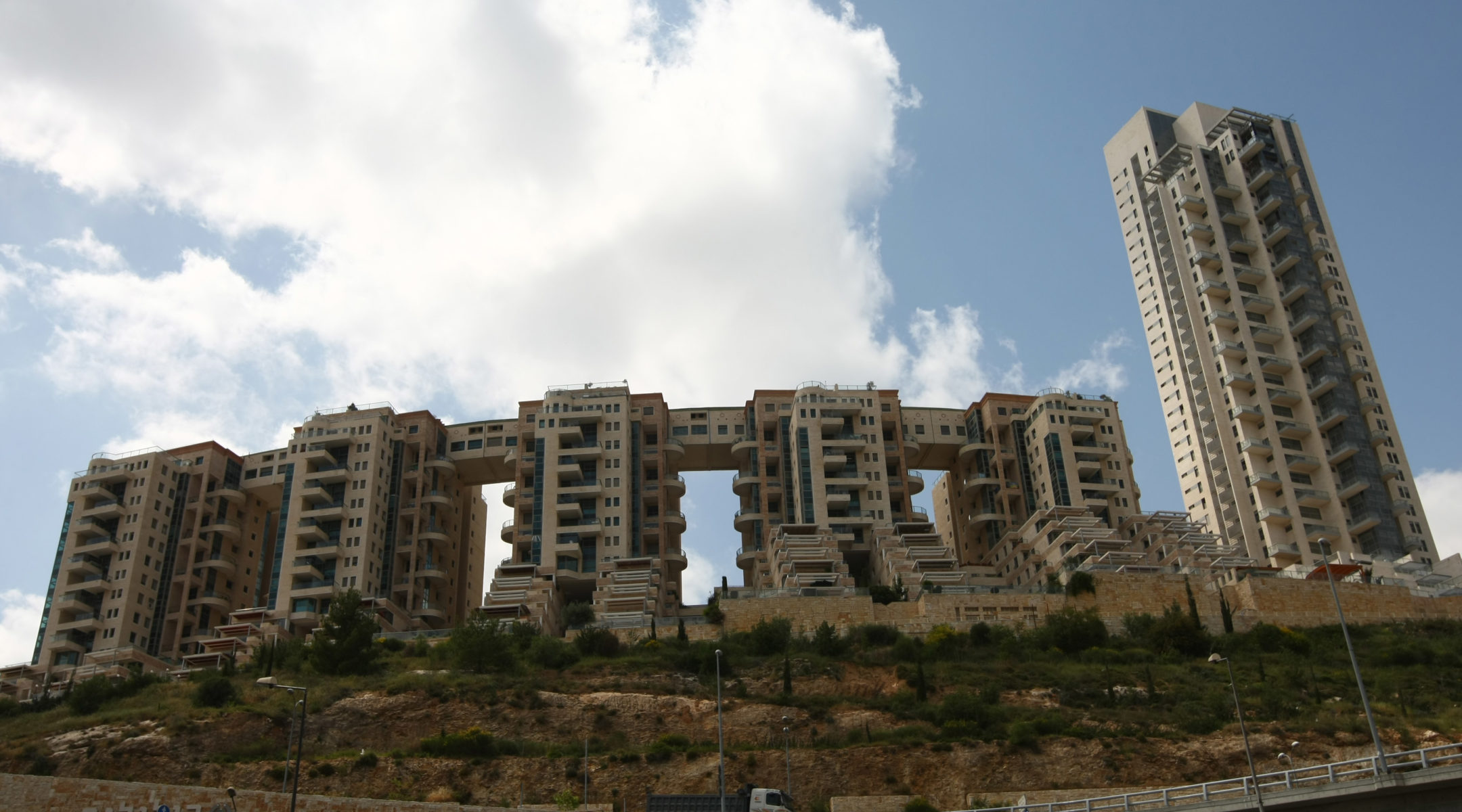 JERUSALEM (JTA) — Whether or not he is found guilty of taking bribes in the Jerusalem Holyland corruption scandal, Ehud Olmert’s political career is almost certainly over.

At best, the former prime minister and ex-mayor of Jerusalem can expect many months, if not years, of litigation that will further tarnish his already tainted reputation and leave him unelectable. At worst, he faces a long prison term.

Olmert had hoped to make a dramatic return to political life as soon as three other pending corruption cases against him were resolved: the Rishon Tours affair, in which he is accused of double billing on fund-raising trips overseas, the Talansky affair, in which he is alleged to have accepted cash from American Jewish businessman Morris Talansky in exchange for granting favors, and the Small Business Authority affair, for allegedly granting personal favors to attorney and ex-aide Uri Messer when Olmert was trade minister.

For months Olmert had been insisting that the charges in the cases would disintegrate the way a long list of allegations against him had in the past, including improper conduct in his handling of a privatization tender for Bank Leumi while he was finance minister, and his buying and selling of two luxury homes in Jerusalem.

The implication was that as soon as his name was cleared, Olmert would make a triumphant comeback to politics and possibly even challenge Tzipi Livni for the leadership of the Kadima Party.

But the new scandal, in which Olmert, as mayor of Jerusalem, is suspected of having taken nearly $1 million in bribes for extending building permits to the Holyland construction project, is likely to put to rest any lingering thoughts of a comeback. Not only do the dimensions of this new corruption affair dwarf the others, but the preponderance of allegations against Olmert reinforces a perceived pattern of criminal conduct that Olmert would be hard-pressed to shake off in the political arena.

The Holyland scandal also involves Olmert’s successor as Jerusalem mayor, Uri Lupolianski, and Messer, among others.

The extent of the alleged corruption raises two central questions: Was the Holyland affair an isolated case or, as seems more likely, part of a system? And to what extent was the municipal corruption in Jerusalem a reflection of a wider phenomenon in municipalities and local councils across Israel?

The Holyland saga goes back to the mid-1990s, when Hillel Charney, whose family owned the original Holyland Hotel, received a permit to build three new hotels on the 30-acre site. With the Oslo process in full swing, Israel’s 50th anniversary coming up and millennium celebrations around the corner, Jerusalem was in dire need of more hotel rooms. On paper, the initial blueprint seemed reasonable.

To help shepherd through the project, Charney brought in experienced real estate people who apparently convinced him he could do much better with a mega-sized housing development. The plans were changed several times before the current building complex was approved.

What started out as a plan to build about 300,000 square feet burgeoned to more than 3 million, translating into hundreds of millions of dollars more in revenues for the owners and developers.

It also resulted in a plan for 10 12-story buildings and two 30-story buildings. About half of those already have been built on the Holyland site, breaking the Jerusalem skyline with what experts and Jerusalem residents long have described as the city’s worst architectural eyesore.

Before the first stones were laid, two questions already were being asked: How did the developers get such excessive building allowances, and how was such an architectural monstrosity approved at both the city and regional planning levels?

The anomalies were so blatant that the police launched an investigation, but it was soon closed for lack of evidence.

The evidence of major wrongdoing only came to light several months ago when one of the real estate experts, or “fixers,” Charney brought in went to the police with a notebook and other documentation detailing a long list of bribes Charney allegedly had made to city officials, police and at least one member of the regional planning committee.

Apparently in trouble with creditors and claiming Charney hadn’t paid him all he was owed, the fixer offered to become a state witness in return for immunity and the settlement of some of his debts. Although the man with the notebook has been named as Shmuel Dachner, there is a gag order against naming him or anyone else as the state witness. Police apparently are looking for another suspect to turn state witness to bolster their case.

The case could boil down to a battle between the two ex-mayors, both of whom maintain they are innocent. Olmert claims he approved only the hotels, and that the upgrade to extensive residential building rights was approved by his successor, Lupolianski, who was mayor from 2003 to 2008. Lupolianski claims it happened on Olmert’s watch, when Lupolianski was a deputy mayor.

Both accounts are problematic. The approval for a residential building came in 2002, when Olmert was still in charge. But the Charney family also made huge donations to Yad Sarah, a well-known charity for the sick and aged founded by Lupolianski, and to a yeshiva run by Lupolianski’s son.

Police believe both mayors were deeply involved. Lupolianski already has been arrested; Olmert is expected to be questioned soon. Messer, who also was arrested, allegedly served as the conduit for the cash bribes to Olmert.

The Holyland case points to a City Hall riddled with corruption. Dozens of officials, from low-level clerks to the top elected officials, including the city engineer and two mayors, are suspected of taking bribes.

Over the past few years, dozens of Israeli mayors have been prosecuted for similar offenses.

Under the Israeli system, all building projects and rezoning of land must be approved by municipal and district planning committees, and are subject to a process of objections and reservations from the general public. The process is cumbersome and the laws complex, and ultimately leave considerable power in the hands of the mayors.

With land scarce and expensive, this apparently has created strong incentives for bribery by would-be developers who stand to make a fortune if they can get mayoral backing for their projects.

Prime Minister Benjamin Netanyahu is planning a major land reform that on its surface will give the mayors even more power. Netanyahu wants to cut the red tape by canceling the regional committee stage, leaving decisions in the hands of a small municipal body. He argues that this will lead to far more building starts and reduce the cost of housing. Critics say it could lead to even more bribery and corruption because the regulatory process will be weakened.

The quandary Israel faces is how to reduce the red tape without increasing corruption.