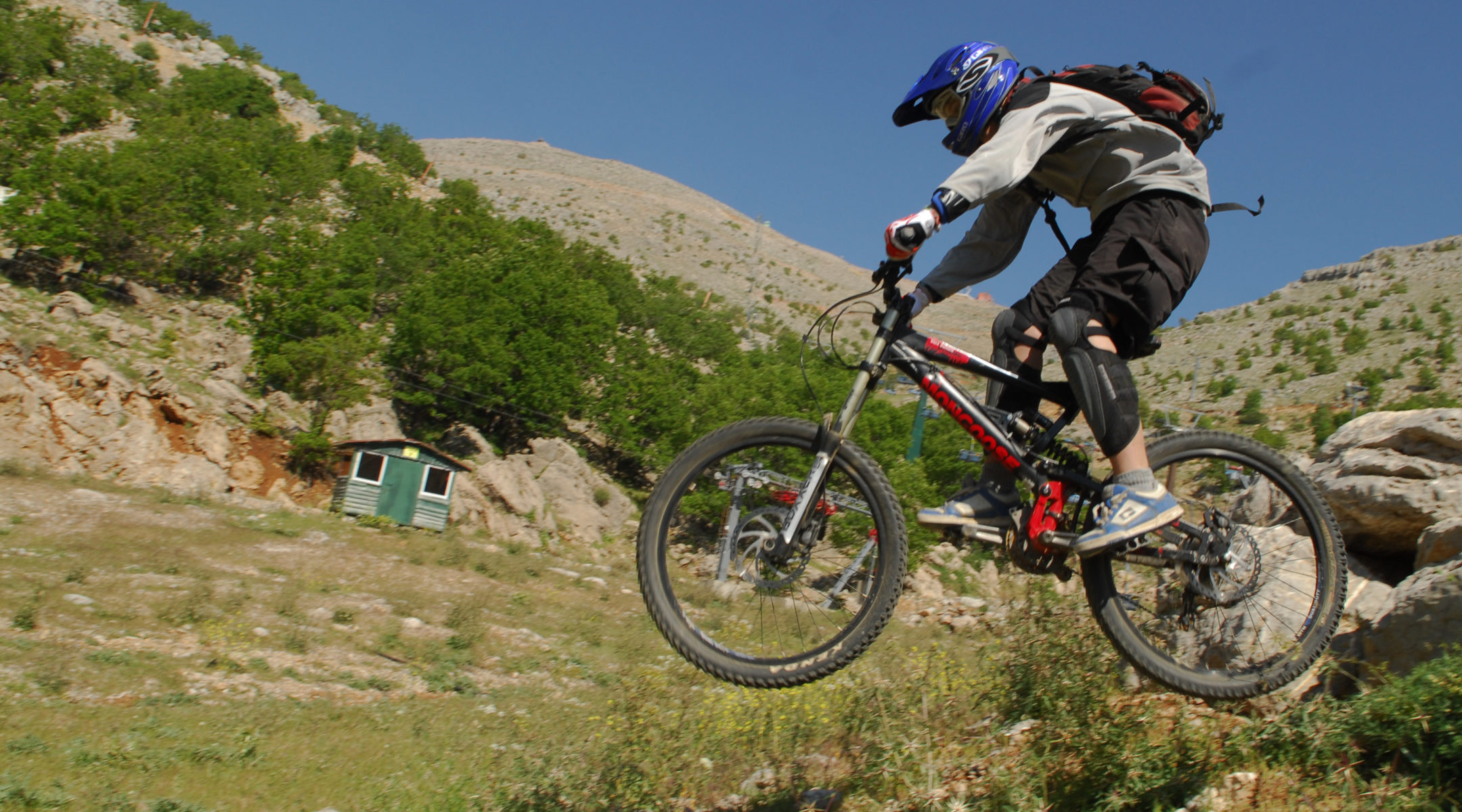 Bicycle riders in Israel, like this one on a trail on Mount Hermon, soon will have thousands of more miles of bike trails in the country. (Hamad Almakt / Flash 90 / JTA)
Advertisement

JERUSALEM (JTA) — Here are some stories over the past few days from Israel that you may have missed.

It’s no joke: Hebrew University researchers have invented algorithms that can detect sarcasm in text loaded into a computer.

The sarcasm detector is about 77 percent accurate. The research was presented last week at the Association for the Advancement of Artificial Intelligence conference in Washington. A patent is pending for the algorithms, called RevRank.

Detecting sarcasm could help consumers assess reviews of products and political opinions. The algorithms were tested in English, German and Chinese.

Detecting sarcasm in Arabic is complicated, Professor Ari Rappoport of Hebrew University’s Institute of Computer Science told the Jerusalem Post. Believe it or not, Hebrew is even more complicated.

The rabbi who became the first winner of Israel’s adaptation of the “1 vs. 100” game show doesn’t even have a TV.

Moshe Abu Aziz of Or Akiva, a high school teacher, became the first winner of the million shekel game-show prize on June 6. Contestants on the show must eliminate 100 opponents by answering trivia questions.

Created in the Netherlands, “1 vs. 100” has been replicated in countries around the world, including the United States.

Abu Aziz, wearing a large yarmulke and a plain black suit, peppered the banter between questions with Bible quotes and could be seen mumbling a prayer under his breath as he waited to find out if his answer to the final question was correct.

Asked what he would do with the prize money, Abu Aziz told host Averi Gilad, “I have eight children to marry off.”

Abu Aziz’s family lives in a 2 1/2-bedroom apartment and does not have a television. Abu Aziz said he reads five newspapers and learns Talmud daily.

By the thousands, Israelis are canceling planned summer vacations to Turkey. All direct flights to Turkish resorts have been canceled.

The Israel Travel Agents’ Association said about 100,000 of the 150,000 Israelis who had planned to vacation in Turkey during the summer have canceled their trips.

“Even tourists who had planned to fly to other destinations via Turkey have asked to fly through other countries,” Yossi Fattal, the group’s director, told Reuters.

Israel’s National Security Council’s counterterrorism bureau has issued a travel warning against unnecessary travel to Turkey. The Israel Defense Forces also has instructed its soldiers not to travel to Turkey for any reason.

Pedal to the metal

Thousands of miles of bike trails will be constructed across Israel as part of a multimillion-dollar, five-year plan to bring more biking tourism to the Jewish state.

“The development of a national cycling infrastructure will contribute to enriching the range of tourism products in the periphery and generate momentum for small and medium businesses while creating new jobs,” said Israeli Tourism Minister Stas Misezhnikov.

About 80 percent of the cycling paths will be developed in the Negev and Galilee.

“It’s important to note that creating this infrastructure will also make Israel an attractive destination for cyclists from around the world,” Misezhnikov said.

The international cycling tourism market is worth billions of dollars a year, and Israel’s Tourism Mininstry says it has high growth potential.

The number of Israelis who smoke cigarettes has decreased.

The results were part of an annual report on Israeli smoking released by the Health Ministry in advance of World No Tobacco Day. The report is required by law.

In 1970, the smoking rate was above 40 percent. The data was gathered as part of a follow-up study of Israeli soldiers conducted by the IDF.

Meanwhile, public stands at Tel Aviv beaches have begun to offer beachgoers cone-shaped blue ashtrays to prevent the sand from being littered with cigarette butts.

The ashtrays are sponsored by the nonprofit organization A Country without Cigarette Litter. Beachgoers are encouraged to use the ashtrays, then empty and return them, according to Ynet.

An Israeli government committee has endorsed a bill to try to block advertisements featuring stick-thin models.

The Knesset’s Ministerial Committee on Legislative Affairs approved a proposal for a law that would prohibit images of female models whose body mass index is below 18.5.

The bill was authored by Kadima Party lawmaker Rachel Adatto, a doctor who specializes in health issues among young women, and proposed by Adatto and Likud Party lawmaker Danny Danon. The idea is to prevent young people from aspiring unhealthily toward impossible body-image goals.

The bill would require models to provide an official medical document indicating their body mass index is normal. Fines for ignoring the ban would range from $19,500 for an individual model to $57,000 for a campaign featuring underweight models.

Adatto also wants to prohibit the use of computer software to digitally alter photographs of models to make them appear thinner.

Archeological excavations in northern Israel have turned up ancient cultic vessels that are fully intact, including some brought from Greece.

More than 100 items purportedly more than 3,500 years old were discovered in a natural hollow in the bedrock during excavations before the installation of a natural gas pipeline in Israel’s North.

Among the finds that were recovered: a cultic vessel that was used for burning incense; a sculpted face of a woman that was part of a cultic cup used in dedicating a libation to a god; goblets and bowls with high bases; and tableware that was intended for eating and drinking. Other vessels that were found had been brought from Mycenae in Greece, including a storage vessel for precious oils — evidence of the ancient trade relations that existed with Greece.

Archaeologists Uzi Ad and Edwin van den Brink, who are managing the dig for the Israel Antiquities Authority, say it is an extremely rare discovery. Ad and van den Brink said it is obvious that considerable time and thought were invested in the placement of the vessels in the rock hollow, as evidenced by the different kinds of vessels that were buried separately.