Is one-state solution an answer to Greater Israel dreams? 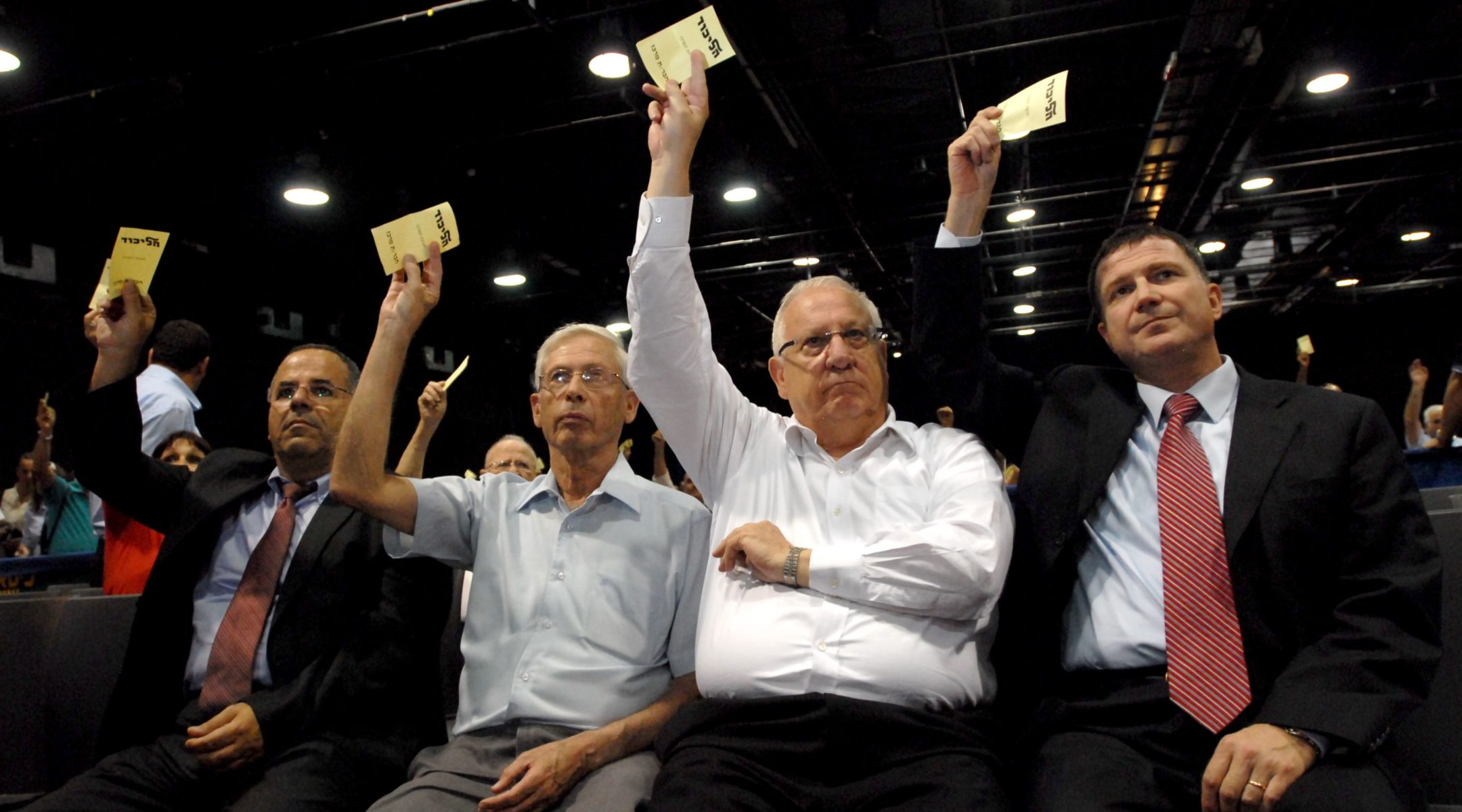 JERUSALEM (JTA) — In one of the more curious twists in Israeli politics, prominent figures on Israel’s right wing have begun pushing for a one-state solution with Israelis and Palestinians as equal citizens with full voting rights.

The one-state solution previously had been the preserve of the post-Zionist left, Palestinian hard-liners and left-leaning European intellectuals who envisioned turning Israel proper, the West Bank and Gaza into a single state in which the Palestinians soon would become the majority and assume the reins of government.

For the overwhelming majority of Israelis, the idea has been anathema because it seemed to spell the end of the Zionist dream of a sovereign Jewish state.

So what has changed? In a word: Gaza.

For the new Greater Israel proponents of a one-state solution, the 2005 withdrawal from the Gaza Strip, which they opposed vehemently, suddenly has become a strategic game-changer.

The single state they envision includes only Israel and the West Bank — an area of about 5.8 million Jews and 3.8 million Arabs. Without Gaza’s estimated 1.5 million Palestinians, the Jews would constitute a 60 percent majority in that territory — enough to preserve an enlarged Israel as a Jewish majority state for the foreseeable future.

As these proponents see it, there are several advantages to this solution: The settler movement would be able to keep intact its West Bank settlements; Israel would not have to withdraw from territory and expose itself to the sort of rocket fire it has seen from Gaza; and the international community would not be able to paint Israel as an apartheid state because the annexation of the West Bank would grant full citizenship and voting rights to West Bank Palestinians, perhaps putting Israel out of its international isolation in a single stroke.

While support in the Knesset for the one-state idea is limited, if Israeli-Palestinian negotiations make headway over the next few months, the one-state model could surface as a ploy to torpedo Israeli withdrawal from the West Bank and the dismantling of dozens of Jewish settlements.

For now its most outspoken advocates in the Knesset are Speaker Reuven Rivlin and newcomer Tzipi Hotovely, both of the Likud Party.

“I would prefer the Palestinians become citizens of the state than for us to divide the country,” Rivlin declared in a recent meeting with the Greek ambassador in Jerusalem.

The one-state idea gained currency two months ago when Moshe Arens, a former defense minister and foreign minister from Likud, penned a column in Israel’s daily Haaretz asking “Is There Another Option?”

Arens argued that it is patently obvious that there will be no two-state solution with the current Palestinian leadership and that the Jordanian option — returning the West Bank to Jordan — no longer exists.

“Therefore, I say we can look at another option: for Israel to apply its law to Judea and Samaria [the West Bank] and grant citizenship to 1.5 million Palestinians,” he wrote.

The pioneer of this sort of one-state thinking is journalist Uri Elitzur, a former chairman of the Yesha settlers council and Benjamin Netanyahu’s bureau chief during his first term as prime minister. Elitzur argues that after more than 40 years of occupation, the international community is tired of Israel and no longer will accept the status quo. In his view, Israel needs to do something to break the deadlock or face the prospect of growing international isolation.

The two-state model won’t cut it because the obstacles to an Israeli-Palestinian agreement are insurmountable, he says. Moreover, Elitzur insists, other one-state visions from Israel’s political right wing — such as annexing the West Bank and having the Palestinians who live there vote in Jordan, or according the Palestinians only limited voting rights for local government — will be rightly dismissed by the international community as occupation by another name.

That, according to Elitzur, leaves the unitary democratic state — with Israelis and Palestinians enjoying equal political, social and individual rights — as the only option.

But what happens if and when the Palestinians, with their significantly higher birth rate, become the majority? Some suggest major modifications to the Elitzur plan to make sure that doesn’t happen.

Hanan Porat, a former Knesset member and leading figure in the Gush Emunim settlement movement, wants Israeli law applied gradually to the West Bank — first to areas with large Jewish populations, and a decade or a generation later to the rest. Even then, Porat would condition full citizenship for Palestinians on loyalty to the Jewish state expressed in perhaps military or national service. In other words, in Porat’s version of the one-state solution, very few Palestinians would have the right to vote, and only in the distant future.

“The attractive leftist vision of the one-state solution may grow up into a rightist monster,” observed critic Uri Avnery, one of the earliest and most passionate two-staters on the political left.

Hotovely, who organized a Knesset conference on “Alternatives to Two States” in May 2009, has been actively promoting the one-state solution over the last year; she is working on a major position paper on the issue.

She will have to address many questions concerning the one-state theory — for example, what to do about flags, anthems, school curricula, a constitution. There are larger questions, like how the state would manage the transition period from Israeli annexation to Palestinian citizenship, and how to deal with religion-state issues.

In addition, under the two-state solution, Arab refugees could return to the Palestinian state without harming Israeli interests. Where would they go in the one-state proposal?

The biggest problem, given the Palestinian birth rate and the possibility of international pressure for refugee return, is that the one-state dream could turn into a South Africa-style nightmare with a dominant Jewish minority under pressure to accept Palestinian majority rule.

Meanwhile, the Palestinian leadership has shown no sign that it is eager to surrender its vision of a Palestinian state. For now, the two-state model is the only goal of the recently restarted Israeli-Palestinian diplomatic talks.