Meet the high-tech millionaire behind the West Bank settlement movement 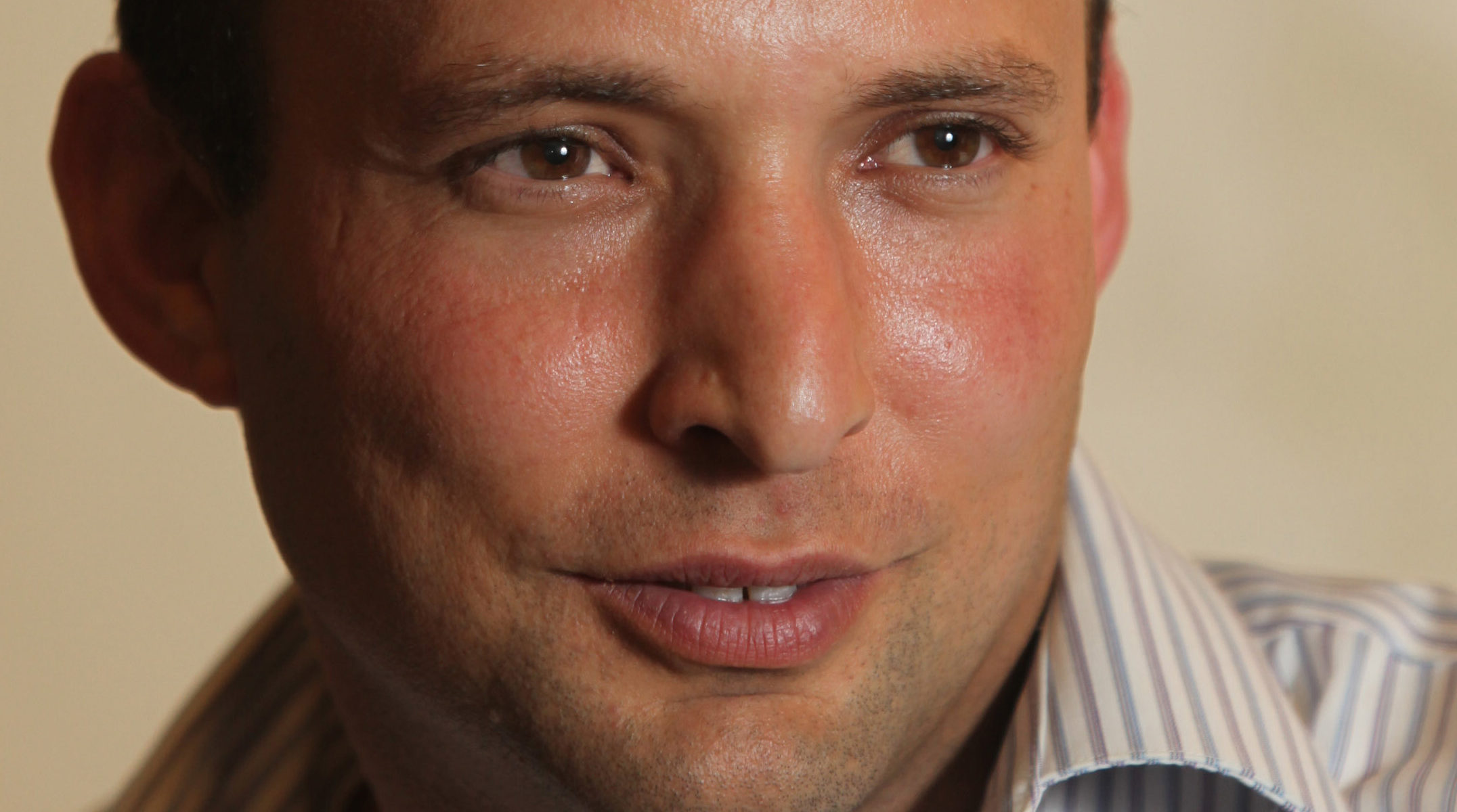 He’s just 38, made his fortune in high tech before entering what he describes as public service and doesn’t even live in the West Bank.

A former commando and company commander in the Israeli army, Bennett is now preparing for a possible battle against an old ally: Prime Minister Benjamin Netanyahu.

From 2006 to 2008, Bennett worked as Netanyahu’s right-hand man, serving as his chief of staff. But as the new director general of the Yesha Council, the umbrella organization for Jewish settlements in the West Bank, Bennett finds himself at odds with Netanyahu, for whom he worked tirelessly to bring back to power.

Bennett, who is dynamic and telegenic, does not hold back on what he thinks of the effort of his former boss to reach a peace deal with the Palestinians — one that, if successful, would lead to a Palestinian state that likely would necessitate the evacuation of some Jewish settlements.

“I strongly believe that Judea and Samaria has to be ours because I don’t think we can survive without it,” Bennett said, using the biblical name for the West Bank.

“A Palestinian state here, in the heart of Israel? I think it’s national suicide,” he said. “Judea and Samaria are on a tall mountain range that overlooks the very narrow sliver of land about 9 miles from the sea.”

Bennett spoke to JTA at the visitors’ center of Tel Shiloh, an archeological site scholars believe to be the location of the biblical city of Shiloh, the first Israelite capital and one-time home to the Ark of the Covenant.

“It’s that mountain range that protects my home in Ra’anana,” said Bennett, who lives in the leafy Tel Aviv suburb with his wife and three young children.

He grew up in a Modern Orthodox home in Haifa. He wears a small, black kipah.

Not so long ago Bennett was preoccupied not with issues of war and peace but the high-tech start-up he co-founded and ran. The firm, Cyota, developed highly sought-after anti-fraud software for banks.

In 2005 he sold the company for $145 million to RSA Security, an American firm. Seven out of 10 bank transactions in the United States and Canada are now utilizing Cyota’s engineering, according to Bennett.

A year after exiting the high-tech world, Bennett, like thousands of other Israeli men, received an emergency call-up order to serve in what became known as the Second Lebanon War. Devastated when his best friend was killed in the fighting, he decided not to return to the business world.

Bennett soon started to work for Netanyahu, who was then the head of the opposition. He won’t discuss what kind of conversations he has with Netanyahu these days.

Bennett, who works under the Yesha Council’s chairman, Danny Dayan, is unequivocal that the settlement freeze in the West Bank must not be extended. Settlements, he says, are the Western world’s frontline against Islamic terror.

“There is no political option to give a new freeze order — the world should instead be strengthening our presence here,” he said. “No one else in the region can predict what will be in the Middle East in even the next two years. Iran could topple Iraq. What breeds terror is the hope of kicking us out of here.”

“They want a state,” he said of the Palestinians. “And I want to live.”