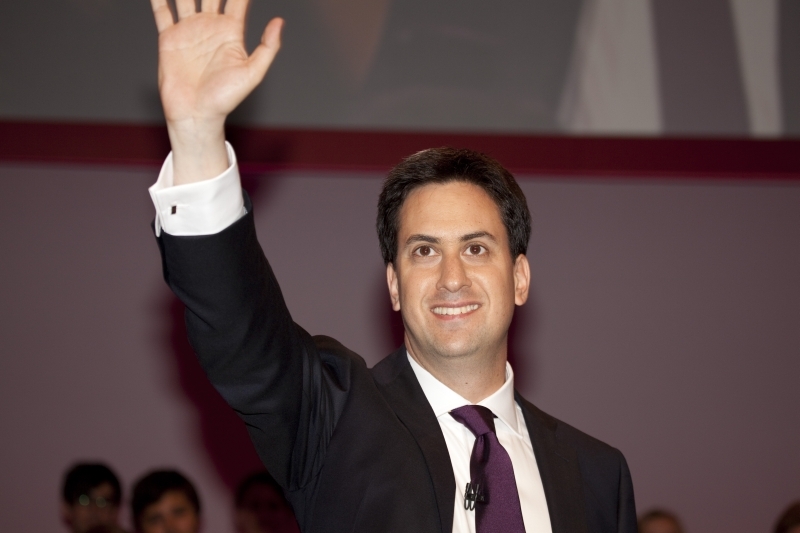 LONDON (JTA) — Less than three weeks after Ed Miliband was elected the leader of Britain’s Labor Party, Jewish concerns are growing about how his views will shape the policies toward Israel of the party favored by most British Jews.

Jewish political observers are talking about a possible new reality in Labor in which Miliband, the first Jewish head of the 110-year-old party, will deviate from the solidly pro-Israel stances of former prime ministers Gordon Brown and Tony Blair, also of Labor.

The concerns were stoked when Miliband, in his keynote address to Labor’s annual conference in Manchester earlier this month, told party members that they must “strain every sinew” to end Israel’s naval blockade of Gaza. Though he said he “will always defend the right of Israel to exist in peace and security,” Miliband also said Israel’s “attack on the Gaza flotilla was so wrong.”

“It was very disappointing that his conference speech criticized Israel without mentioning Hamas rocket attacks on civilians,” Louise Ellman, a Labor member of Parliament from Liverpool and chairwoman of the Jewish Labor Movement, told the Jewish Chronicle, the main Jewish newspaper in Britain. “It’s important for Ed to show he is evenhanded on the Middle East, and the first things he must do are support the universal jurisdiction legislation, show he is opposed to boycotts and support a negotiated peace agreement.”

The universal jurisdiction legislation is a proposed law pending before Parliament that would restrict the application in Britain of arrest warrants issued elsewhere on the ground of “universal law” — essentially removing the threat that visiting Israeli leaders would be arrested on war crimes charges.

Miliband, 40, surprised pundits last month by beating his older brother, former Foreign Secretary David Miliband, 44, in the race for Labor leader. He was the first party leader elected since Brown resigned after losing the race for prime minister.

After Miliband’s Manchester speech raised Jewish eyebrows, a spokesman declined to answer questions that the Jewish Chronicle had for Miliband about Israel, foreign policy or his plans to meet Jewish leaders.

“These are serious issues requiring serious answers,”  one Labor insider explained. “Ed’s not about to make up policies on the fly just to answer a reporter’s questions. Moreover, there are a significant number of pro-Israel members of his shadow cabinet.”

At the “fringe” meetings held at the Labor Party conference, where elected party leaders can speak directly to supporters’ concerns, Jews got a mixed message from Miliband.

At the Labor Friends of Israel meeting, Miliband said he considers himself a friend of Israel and that “I take incredibly seriously the issues of peace and security.” He called for the condemnation of Hamas rocket attacks and affirmed his support for a two-state solution while saying that any questioning of Israel’s legitimacy is “just totally unacceptable.”

But Miliband also issued a statement to Labor Friends of Palestine suggesting that trade policy could be used as a coercive tool against Israel. The message said, “The major instrument for influence at our disposal in relation to the Middle East is trade policy. I am against blanket boycotts of goods from Israel. But Israel, and all countries in the region, must live up to the commitments they have made to respect human rights as part of trade agreements. The EU must be tough enough to ensure that these commitments mean something.”

Officially, the Board of Deputies of British Jews, the country’s main Jewish umbrella body, welcomed Miliband’s election, emphasizing his opposition to boycotts “which discriminate by targeting Israelis.”

But Jonathan Arkush, the senior vice president of the organization, told the Jewish Chronicle that he was worried.

“His speech singled out Israel for criticism and lacked balance in relation to the Middle East,” Arkush said.

Israeli Embassy staffers in London said they would give Miliband “the benefit of the doubt” and adopt a “wait-and-see” policy. Miliband’s perceived policy unknowns have left analysts to scour his personal biography for clues.

At the party conference in Manchester he spoke openly of growing up the child of Jewish refugees. His late father, Ralph Miliband, fled Poland and the Nazis in 1940 and later became a Marxist, a professor at the London School of Economics and one of Britain’s most celebrated left-wing intellectuals.

Milband’s mother, Marion Kozak, 75, escaped mass murder and deportations in Poland and fled to Belgium, where she was hidden by a Christian family. She eventually immigrated to London and became a long-standing supporter of groups like Jews for Justice for Palestinians.

By contrast, Miliband’s older brother, David, the former foreign secretary, has an established track record of pro-Israel engagement. In the brothers’ race for Labor leader, David Miliband won the backing of more rank-and-file party members, members of Parliament and members of the European Parliament. But the trade union vote went to Ed, helping to push the younger Miliband over the top by 1.3 percent of the vote.

It is Miliband’s dependence on trade unions, which are seen as having anti-Israel policies, that have Jewish communal leaders worried. Among his supporters during the Labor leadership campaign was Unite, which in June passed a motion “to vigorously promote a policy of divestment from Israeli companies.” Unite also supported a motion reaffirming a boycott of goods produced in the West Bank at the Trades Union Congress conference.

While Labor figures insist that Miliband will not be swayed by union positions on Israel, Robin Shepherd, the author of “A State Beyond the Pale: Europe’s Problem with Israel,” thinks that analysis fails to account for Miliband’s baseline political values.

“Miliband comes from left of the Labor Party, which is instinctively hostile to Israel, and if he becomes prime minister, like all others, he will defer to the interests of the Foreign Office and the European Union, both of which have that as their default position as well,” Shepherd, the European director of a British think tank, The Henry Jackson Society, told JTA. “I don’t see a lot of maneuverability there.”

In an Op-Ed in the Jewish Chronicle, foreign policy analyst Martin Bright warned of dark days ahead for friends of Israel.

Miliband’s “condemnation of the Iraq invasion,” Bright wrote, “could not have given a plainer indication that the new leader intends to make a clean break on foreign policy with the New Labor past. Labor Friends of Israel will now have to play a dissident role within the party, something it has not had to do for the best part of two decades.”