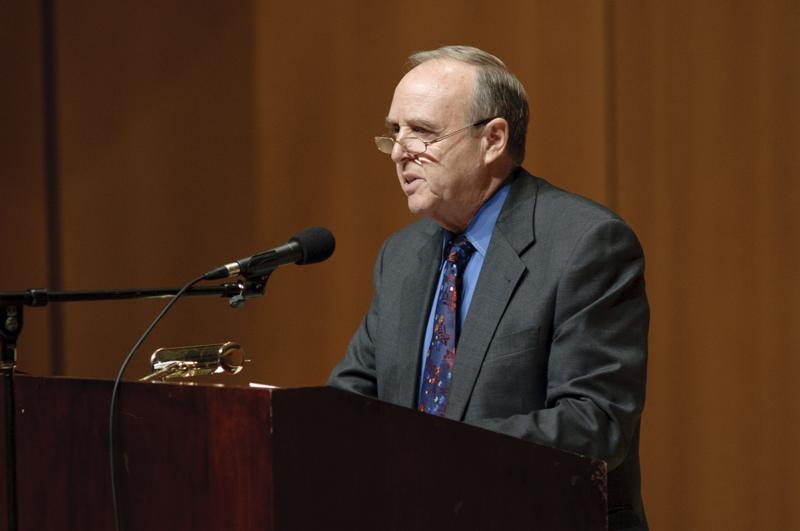 JUF Executive Vice President Michael Kotzin, shown here earlier this year at a lecture in Chicago, says the mood among Jewish institutions in the city is calm, with a kind of resignation." (Photo courtesy JUF)
Advertisement

On Tuesday, some 200 representatives of Jewish community institutions took part in a conference call with FBI experts on security measures.

“The situation with bombs this weekend certainly reminded us that all our institutions can be vulnerable to threats of this type,” said Bonnie Michelman, the community security chairwoman of the Anti-Defamation League, which organized the call.

Michelman, the security director at Massachusetts General Hospital, went on to outline specific signs that people should look for to identify suspicious packages.

The FBI announced Tuesday that no synagogues exist at the addresses on the two bomb packages but urged the need for continued community vigilance.

“Terrorists will continue and diversify their attacks,” a representative from the FBI’s Washington field office said during the conference call.

Senior leadership from the U.S. Department of Homeland Security were set to begin holding teleconferences on the same topic with senior Jewish organizational leaders across the country beginning Wednesday afternoon.

Security experts are still trying to determine the actual targets of the two explosive-packed printer cartridges intercepted last Friday. It was unclear whether they were meant for the planes carrying the packages or the Jewish institutions to which the packages were addressed. U.S. authorities have refused to confirm the identities of the institutions targeted.

One of the packages was intercepted in Dubai and another in London. Al-Qaida is believed to be behind the two bombs.

After the bombs were discovered, a Homeland Security team arrived Sunday in Chicago, according to Paul Goldenberg, national director of the Secure Community Network, the national agency for Jewish communal security. SCN operates under the auspices of the Jewish Federations of North America and the Conference of Presidents of Major American Jewish Organizations.

The Homeland Security representatives are contacting Chicago Jewish institutions for security training in conjunction with the Jewish United Fund/Jewish Federation of Metropolitan Chicago. SCN will notify other communities in advance of the Homeland Security calls, which will extend through the week.

“They’re providing training and resources to ensure the community feels safe and has the tools it needs,” Goldenberg said.

Of particular concern in this case, Goldenberg noted, is that the package bombs were addressed to American Jewish institutions, indicating that terrorists are treating them as proxies for Israel and thus legitimate targets.

“We don’t know when the bombs were intended to go off, but the fact remains they were going after American Jews, not Israeli consulates,” he said. “They targeted American synagogues. That was the message.”

Last Friday, SCN sent out two e-mail notifications to its national network outlining how to handle suspicious packages and alerting people to key addresses and other signs of a potential terrorist mail threat. The Orthodox Union, United Synagogue of Conservative Judaism and Union for Reform Judaism also sent out security alerts to their member congregations.

“Organizations that believe they have received a suspicious package should not open it, [should] evacuate the area and call 911 immediately,” it said.

Steve Sheinberg, who oversees the ADL’s Jewish community security program, said now that the first wave of emergency information has gone out, it’s time to regroup and engage in a careful, ongoing reassessment of each institution’s security measures.

“Our security messages are very measured,” he said. “Our goal is to inform, not panic. There is no need for panic. This is an occasion to look at security measures in place, make adjustments as necessary and move forward.”

In Chicago, Jews are calm but wary following the bomb threat.

“The schools are all being very vigilant, without getting everyone nervous,” said Rolly Cohen, education director of the Board of Jewish Education of Metropolitan Chicago.  “They’re stepping things up a bit, making sure doors are locked, checking to see who’s there before opening them, putting security measures back in places they might have become more lax about.”

“The need to take security precautions is not new,” said JUF Executive Vice President Michael Kotzin, who praised national and local security agencies for their professionalism and alacrity in responding to this incident. “This was a very dramatic example of that. There’s generally been a sense of calm, not fear and panic but a kind of resignation that we need to be alert — as Americans, and as Jews in particular.”

The Chicago federation and the ADL scheduled a security conference for Thursday in Chicago bringing together heads of local Jewish institutions with representatives of Homeland Security, the U.S. Postal Service and local law enforcement.

Comparing this week’s efforts to those following the shooting of six people at the Seattle Jewish federation three years ago, Goldenberg distinguished between the actions of  “a lone wolf” like the Seattle shooter and the current situation.

“Now we are dealing with the potential of one of the most dangerous terrorist organizations in the world targeting Jewish institutions,” he said.

Rabbi Asher Lopatin of Anshe Sholom B’nai Israel Congregation, an Orthodox synagogue in Chicago’s Lakeview neighborhood, said operations at his synagogue “continued as usual” last Shabbat, although security was enhanced and worshipers were instructed to be extra vigilant.

“We had a bar mitzvah and no one was afraid to come to shul. I think it even drummed up business — one man told me his wife said, ‘You have to go to shul,’ ” Lopatin said.

“You think Chicago is under the radar screen, then you realize no one is immune if you are a part of a community,” the rabbi added.

(For detailed information on recommended security precautions, visit www.scnus.org or www.adl.org/security. The Chicago Jewish News contributed to this report.)