Kindling a renewed spirit from the darkness of tragedy 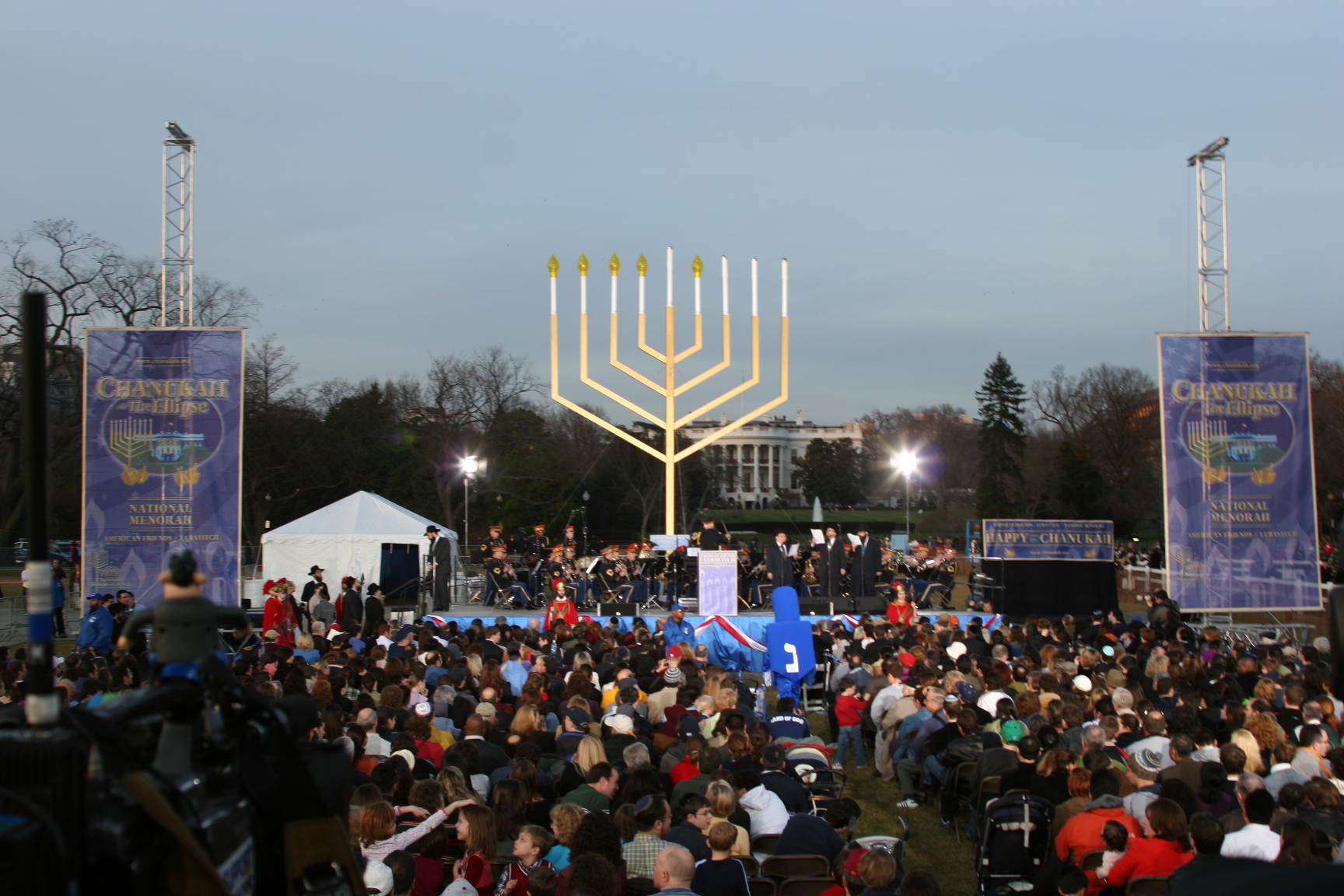 Lighting menorahs in places of high visibility, like Chabad-Lubavitch's annual ceremony shown here across from the White House in Washington, is a central part of the Chanukah observance. (Photo courtesy of chabad.org)
Advertisement

BOISE, Idaho (JTA) — In the days ahead, Jewish windows and doorways will glow with flickering flames. Large menorahs will stand tall in shopping centers and thoroughfares, joining thousands of such displays from Bangkok to Boise.

Contrary to some people’s perception, these displays have not been designed for the purpose of securing “equal time” with other cultures.

Rather this is all a central part of the observance of Chanukah, a festival dating back some 2,100 years when a small Jewish army triumphed over the powerful and oppressive Syrian-Greeks. It was then that the Sages of Israel established a celebration of religious freedom for the ages.

Jewish tradition teaches us not to proselytize, so it may seem odd to some that Jews celebrate the miracles of Chanukah in public fashion by placing the menorah in places of high visibility. Why the emphasis on publicity?

Perhaps it is because these lights do not represent the imposition of one person’s religion upon another. Quite the contrary, they embody the Jewish — and universal — ideals of freedom over oppression, of spirit over matter, of light over darkness.

In a global melting pot era that seeks to erode our convictions and challenge our individualism, the menorah refuses to melt away. This simple, unwavering beacon of light looms as a proud fortress of Jewish spirit and values.

My Chanukah illumination came one November day in Africa.

It was 2002. My wife and I were asked by the Chabad emissary in central Africa to help organize a Chanukah celebration for the Jewish communities in Kenya. The day we arrived, a fateful homicide attack struck the Mombasa Paradise Hotel — the site of our scheduled event — leaving 15 dead and scores injured. The festivities we had planned were replaced by mourning and agony. Search and rescue, medical care and trauma counseling became the call of the hour.

Several nights later we held a large Chanukah gathering. There I stood under the African sky wondering where we go from here. The sense of gloom was thick and palpable, the wounds still open and bleeding, the horrors of what we had witnessed all too fresh.

A young girl then stood up and lit a menorah. All of the participants followed suit. A sea of flames lit up the night. There was not a dry eye around. Suddenly, someone in the crowd started up a Chanukah tune, and we all joined in. Never have I heard a melody stir the soul so deeply.

It was then that it dawned on me.

On Chanukah we kindle a flame, adding another light to the menorah on each of its eight nights, to commemorate how the Jews of old discovered one flask of pure oil with which to kindle the Temple menorah in Jerusalem — enough to last for a single day. This single cruse miraculously burned for eight days, until new oil was procured.

Even in the wake of great darkness and despair, there is always that flask of goodness and purity remaining from which we can build and kindle anew. Flame by flame, mitzvah by mitzvah, day by day — we can and we must restore light and sanctity to our surroundings.

This is true in the macro of nations as well as the micro of our individual lives. We never give up hope. As light increases, darkness recedes.

(Rabbi Mendel Lifshitz directs Chabad Lubavitch of Idaho with his wife, Esther. They have six children and live in Boise.)