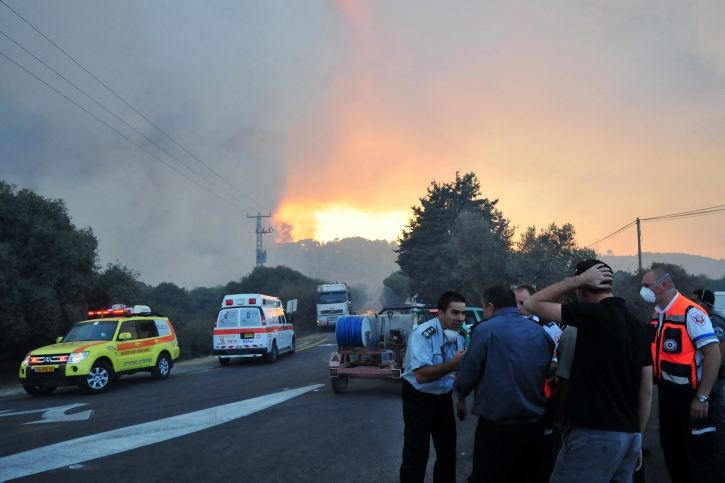 At least 40 Israelis have been killed in a forest fire in northern Israel described as out of control, Dec. 2, 2010. (Flash90)
Advertisement 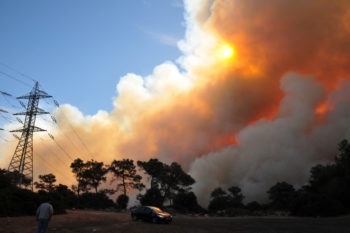 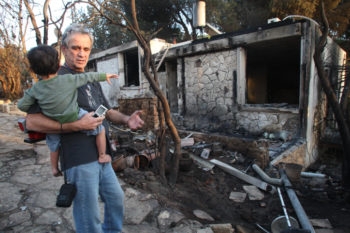 JERUSALEM (JTA) — At least 40 people have been killed in a massive fire in northern Israel.

The fire, which broke out Thursday morning in the Carmel Mountains near Haifa, has destroyed thousands of acres of forest land. Winds and dry conditions have helped send the fire out of control.

Hundreds of people have been evacuated from the area, including 500 inmates of the Damon Prison. A bus carrying about 50 prison guard cadets flipped over during the evacuation and was engulfed in flames, leaving some 40 people dead and others harshly wounded, according to reports. At least three people are missing.

Israeli Prime Minister Benjamin Netanyahu has appealed to the United States, Greece, Italy, Russia, Germany and Cyprus for help extinguishing the fire. Greece and Cyprus reportedly have agreed to send helicopters to help bring the blaze under control.

Eli Bin, the director of Magen David Adom, Israel’s version of the Red Cross, called the fire “the worst disaster in Israel’s history.”

“We lost all control of the fire,” a Haifa firefighting services spokesman said, according to Haaretz. “There aren’t enough firefighting resources in Israel in order to put out the fire.”

The Israeli army was mobilized to assist in fighting the fire.

Several kibbutzim and villages, including Nir Etzion, Ein Hod, Ein Hid and Beit Oren and the Druze village of Isfiyeh, as well as the Carmel Forest Hotel, were evacuated Thursday afternoon. Haifa University also has been evacuated.

It’s not yet clear how the fire began.