Palin on Israel visit to meet with Netanyahu 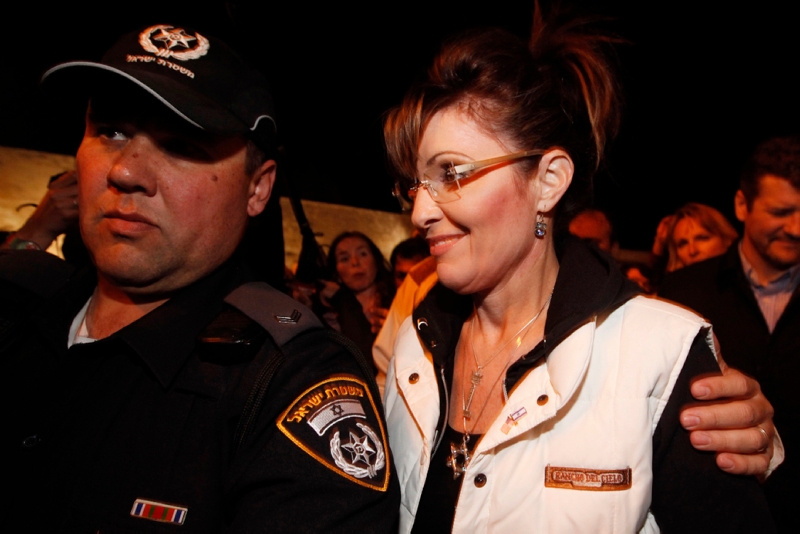 Sarah Palin, a potential candidate for president in 2012, following a tour of the Western Wall tunnels in Jerusalem, March 20, 2011. (Miriam Alster/FLASH90)
Advertisement

JERUSALEM (JTA) — Potential 2012 presidential contender Sarah Palin is scheduled to have dinner with Prime Minister Benjamin Netanyahu on her second and last day in Israel.

Palin will dine with Netanyahu and his wife, Sara, on Monday before returning to the United States.

“As the world confronts sweeping changes and new realities, I look forward to meeting with Prime Minister Netanyahu to discuss the key issues facing his country, our ally Israel,” Palin said in a statement on her official SarahPAC website.

The Republican nominee for vice president in 2008 and the former governor of Alaska landed Sunday in Israel for what is being called a private visit. She was returning to the United States from a speech she delivered to a business group in India.

Palin did not walk on the Western Wall plaza, so as not to disturb those reading from the Megillat Esther in observance of Purim in Jerusalem, Ynet reported.