At Conservative rabbis’ confab, it’s not about the organization but the future 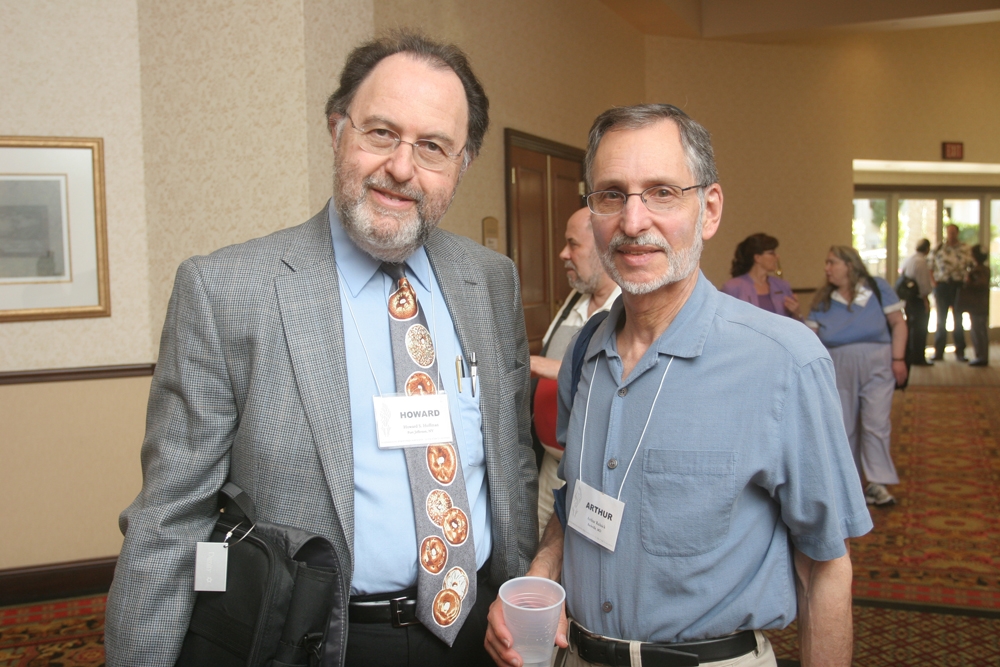 LAS VEGAS (JTA) – Listening to Conservative rabbis talk about their movement is like witnessing an intervention.

They talk of “saving” Conservative Judaism – and sometimes they blame the parents when things go wrong.

Weinblatt was one of nearly 300 Conservative rabbis who came to Las Vegas this week for the annual convention of the Rabbinical Assembly, the movement’s rabbinic group. On the agenda, as usual, was the future of Conservative Judaism – what it is, where it’s headed, and how rabbis can get that message out to the world.

“The Conservative movement belongs to us, and we’ll either fix it or bury it,” said Rabbi Edward Feinstein of Valley Beth Shalom in Encino, Calif., during a panel Monday on what Conservative Judaism will look like in 20 years. “We’re the rabbis. We need to get together, stop the bulls–t, and get it done, or we’ll become a shrinking, dwindling, heteronomous movement with very little to say.”

At this gathering, there was little of the grumbling by key Conservative synagogue leaders that reportedly prompted the development and release last month of a new strategic plan to restructure the United Synagogue of Conservative Judaism. Instead, there was energy, even a little bravado, at the Rabbinical Assembly conference, and criticism was tempered by concern for the Conservative movement’s future.

“We need a new financial model,” said Rabbi Steven Wernick, executive vice president and CEO of United Synagogue and the man in charge of overseeing the restructuring of the congregational umbrella group. “Less edifice and more personnel. Multiple minyanim in the same building — the Hillel model.“

What will the new strategic plan, a year and a half in the making, mean to members of Conservative congregations? Not much, said Wernick — at least, not for a while. “It’s navigational. The implementation plan – how do we get there – is what we’re working on now.”

At any rate, institutions do not a movement make, rabbis at this convention reiterated. That’s particularly the case in the Conservative movement, whose three main institutions – the Jewish Theological Seminary, the Rabbinical Assembly and the United Synagogue – are modeled on the separation of powers within the U.S. government rather than on anyone’s notion of the most effective way to deliver religious services and build Jewish community. Those are two of the main interests on rabbis’ minds today.

“The Conservative movement is not these institutions,” said Rabbi Julie Schonfeld, executive vice president of the Rabbinical Assembly. “These institutions are more than 100 years old and in urgent need of rethinking.”

The ideas and values of Conservative Judaism, on the other hand, are as relevant and compelling today as ever, she said.

“People get hung up on the Conservative institutions — are they good or bad. That’s beside the point,” she said. “They’re only good or bad in terms of how they help us get out our message of building a sustainable, joyful community that finds meaning in Jewish tradition and is committed to making the world a better place.”

The convention featured formal discussions among the United Synagogue leadership and key figures among a group of about 50 rabbis who have been pushing for completely overhauling United Synagogue. They call themselves Hayom: Coalition for the Transformation of Conservative Judaism. Those discussions took place behind closed doors, but their message is no secret, nor is the rabbis’ dissatisfaction with the new strategic plan.

“The clock has started moving faster, and it’s up to the chancellor and the R.A. to determine the fate of the North American Conservative movement,” said Rabbi Menachem Creditor of Netivot Shalom in Berkeley, Calif., a leader of Hayom. Creditor helped craft the strategic plan, which, he says, “left some of the most dissatisfied communities dissatisfied,” despite his and his colleagues’ best efforts.

Some of the Hayom congregations, including Netivot Shalom, have refused to pay the full dues assessed them by the United Synagogue. Those dues can run upward of $80,000 a year for the largest shuls. It doesn’t pay, said one rabbi who preferred to remain anonymous, “because we don’t get anything for that money.”

That’s what Wernick is trying to deal with by rebuilding his board, bringing together educators, rabbis and lay leaders in a new leadership development program, and re-imagining the old synagogue model of dues-paying membership. The changes won’t come quickly or easily, he said.

But this was a rabbinic conference, not a United Synagogue gathering, which meant less interest in strategic plans and more intellectualizing about what Conservative Judaism is supposed to be — and how its rabbis can best serve their congregations.

“I’m not sure the organizational structure matters to people in my pews,” said Rabbi Howard Lifshitz of Congregation Beth Judea in Long Grove, Ill. “The institutions of the Conservative movement are unknown to them. Most people who come into my synagogue want to know how their participation will touch them, what it will add to their lives.”

At Monday’s morning plenary, Rabbi Jeremy Kalmanofsky of Ansche Chesed in Manhattan locked horns with Rabbi David Wolpe of Sinai Temple in Los Angeles over solutions to the movement’s malaise.

Kalmanofsky championed a Judaism of purpose and complexity, one that moves beyond the 20th-century emphasis on helping Jews fit into American society and concentrates instead on helping them “find moral and spiritual purpose” — a “passionate authenticity” that will “seed, nurture and harvest opportunities for people to find depth.”

Wolpe argued, on the other hand, for a coherent ideology that “could be put on a bumper sticker,” to let Jews know what the movement stands for.

“Intellectual complexity is not the way to bring people into your synagogue,” he said. “You have to pray to something expressible. You can’t beseech a nuance.”

While that big picture conversation was going on in the main plenary, rabbis of congregations outside the major metropolitan centers opined that although they found the discussion fascinating, those weren’t their day-to-day concerns.

“I’m not that much into the politics,” said Rabbi Michael Werbow of Congregation Beth Shalom in Pittsburgh. “Our shul is 80,000 square feet. The sanctuary seats 1,800, and we get maybe 100 people on Shabbat.”

With a $150,000 deficit and less than one-quarter of his membership paying full dues, Werbow says the future of his synagogue doesn’t depend on how the movement is reorganized.

“Our deficit isn’t going away if we don’t pay our dues to the United Synagogue,” he said.

“I don’t think the work I’m doing is ‘saving’ the movement,” added Ita Paskind, assistant rabbi of Congregation Olam Tikvah in Fairfax, Va. “In my daily work I try to touch Jews and help them connect to their tradition. I get a fair amount of questions about what the movement says about certain things, but that’s an opportunity for me to explain what Judaism says about it.”