Unrest in Syria presents Israel with potential dangers and opportunities 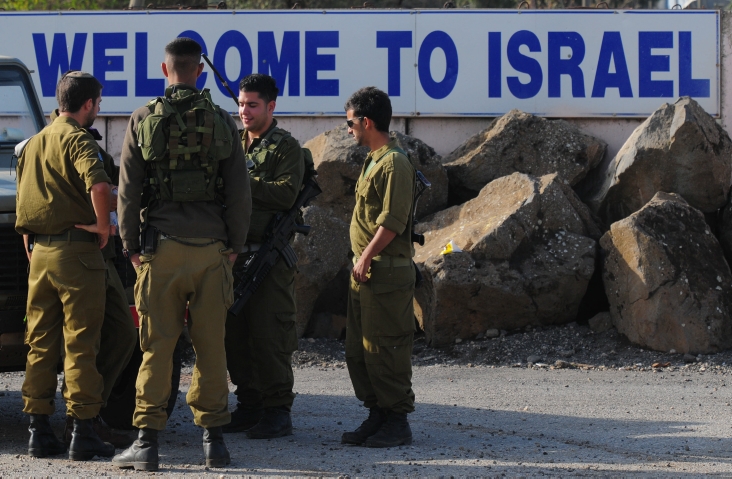 The dangers are clear: The emergence of a more radical regime in Syria could mean a stronger Iran-Syria-Hezbollah axis. Iran could get direct access to its allies in Lebanon through a Syrian regime that’s even friendlier toward Tehran. Syria’s huge stockpiles of missiles and chemical weapons could fall into the wrong hands. The unrest on Israel’s doorstep could spread to the West Bank and to Jordan. Syrian President Bashar Assad’s more radical successors could use a conflict with Israel to build domestic legitimacy.

Against all that, a huge opportunity is opening up for positive regional change if Syria’s incumbent president or a more moderate successor regime is spurred by this unrest to turn to the West with a program of democratic reforms and a call for economic aid to make it work. That would mean a severe weakening of the Iranian axis and an opening for peacemaking with Israel.

Given the possibilities, the Israelis aren’t sure whether to hope for the fall of Assad or not.

Itamar Rabinovich, a former Israeli ambassador to the United States and one of Israel’s leading experts on Syria, says that if Assad falls, the big losers will be Iran, Hezbollah and Hamas.

So far, Iran has been one of the main beneficiaries of the regional turmoil, Rabinovich noted in a column in Israel’s daily Yediot Achronot. Iran’s rival in Egypt was toppled from power; Shiite allies have staged an uprising in Bahrain; the pressure on rival Saudi Arabia’s regime is growing — and it’s all deflecting world attention away from Iran’s suspected nuclear weapons program.

But if a new Western-leaning regime in Damascus were to emerge, that would be a huge blow to Iran’s regional ambitions. To prevent that, Iran might press Assad to escalate tensions with Israel in an attempt to unify the Syrian people against a common enemy, Rabinovich and others have warned.

But Israeli government officials say it’s unlikely that the unrest in Syria will spill over into new cross-border hostilities.

“The probability of Assad heating up the northern border to divert attention from his domestic troubles is not high,” Strategic Affairs Minister Moshe Ya’alon told Israel Radio. He added that the turmoil in the Arab world presents not only dangers, but also opportunities; he did not elaborate.

Most Israeli Syria experts believe that Assad’s chances of retaining power are good.

Hebrew University’s Moshe Maoz, author of several books on Syria, said that although the Alawite minority community from which Assad hails numbers only about 13 percent of Syria’s population, it has firm control over the levers of state power, especially the armed forces.

“Like his father, Bashar Assad has carefully placed his own people everywhere,” Maoz told JTA. “And although there are Alawites who see themselves as Bashar’s enemies, they fear the moment he falls they could be subject to massacre by the Sunni majority.”

Although the Muslim Brotherhood is the most well-organized potential opposition force in Syria, Maoz says it does not have the wherewithal for a successful rebellion.

“They can preach rebellion in the mosques, but they don’t have the arms to carry it out,” he said. “There is no military force in Syria that could seriously challenge the army, over which Bashar has absolute control. And I don’t see Bashar giving in and stepping down without a fight. For him it is a battle for survival for the family, the tribe, the sect.”

There are other factors working in Assad’s favor.

For one thing, no clear opposition group or leader has emerged. For another, young people in Syria have been subject to years of pro-regime indoctrination, and Assad is not universally hated the way some of the other Arab autocrats are (or were). The Assads even created special Koran schools to make the Alawite faith more palatable to the Sunni majority.

This is why Assad’s carrot-and-stick policy actually could work, Maoz said. Assad is offering far-reaching reforms, such as canceling the 1963 emergency law and allowing the formation of political parties, while at the same time using the armed forces to keep the protesters at bay. So far, dozens have been killed.

Assad is unlikely to go to war with Israel because he knows it would be disastrous for Syria and for his regime, Maoz said. “Assad has his own military calculus. He is not under Iran’s thumb,” he added.

Indeed, Maoz believes the unrest could drive Assad toward the West to better meet the new demands of the Syrian people.

“If he remains in power, he might take a more pragmatic approach, looking for Western economic aid and for negotiations with Israel to get back the Golan, which is important to him for strategic and emotional reasons,” Maoz said.

Alon Liel, chairman of the Israel-Syria Peace Society, is also upbeat. Liel, who held informal peace talks with Syrian delegates between 2004 and 2006, also thinks Assad is likely to survive.

Apart from his control of the levers of state power, Liel noted, Assad has received strong support from key regional players such as Turkey and Saudi Arabia, as well as from the international community.

Unlike in the cases of Egypt’s Hosni Mubarak or Libya’s Muammar Gadhafi, the United States has not exerted any pressure on Assad to leave. That makes all the difference, Liel says: If Assad survives, he might feel beholden to the West and see in it the answer to his domestic troubles.

“He will have to make significant reforms,” Liel said. “That is not only a domestic demand. It is a demand of the international community that will have saved him.”

In Liel’s view, in the most likely alternative scenario, Assad will be ousted by others in the close-knit leadership group, made a scapegoat for all Syria’s woes, and replaced by someone like his estranged brother-in-law Assef Shawqat, a hardliner who is closer to Iran.