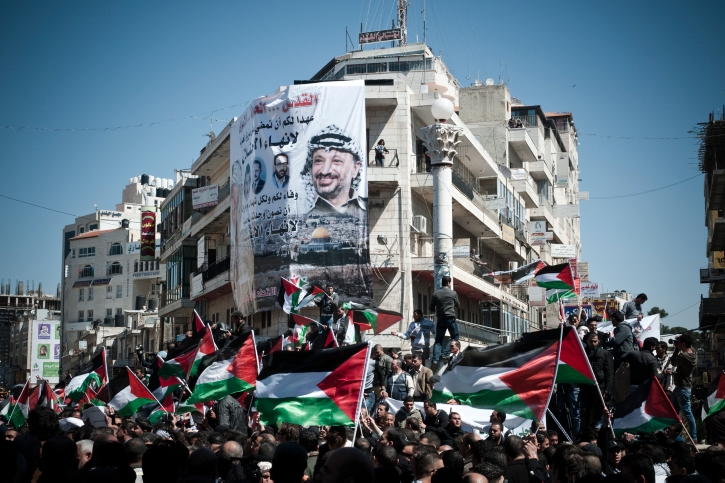 Abbas told reporters Thursday that the Palestine Liberation Organization, which he heads, will continue to be responsible for handling negotiations, Haaretz reported. Hamas, which is designated as a terrorist organization by Israel, the United States and the European Union, is not a member of the PLO.

Abbas’ comments came a day after his Fatah movement and Hamas, which controls Gaza, announced following a meeting in Cairo that they had reconciled and would form a national-unity government and hold new elections within a year.

Abbas has not yet announced the composition of his “unity Cabinet.” An official unity agreement ceremony is scheduled to be held next week in the Egyptian capital.

The new unity government “has nothing to do with politics,” Abbas said.

Israel has said that it will not negotiate with Hamas, which does not recognize the Jewish state and calls for its destruction. The new unity government also poses a dilemma for the U.S. administration, which has funneled hundreds of millions of dollars to the Fatah-led Palestinian Authority but has pledged not to support or deal with a government comprised of Hamas. That would only change if Hamas renounced violence, pledged to uphold existing agreements with Israel and recognized Israel’s right to exist, U.S. officials have said.

On Thursday, top Hamas official Mahmoud al-Zahar said his organization would not participate in peace talks with Israel, Ynet reported. But, Zahar said, Hamas will not stop its partners from talking to Israel. “If Fatah wants to negotiate with Israel over trivialities, they can,” he reportedly said.

Hamas and Fatah had been at odds since Hamas violently ousted Fatah from the Gaza Strip in 2007, about a year after Hamas surpassed Fatah in legislative elections.

In a statement issued Wednesday, Israeli Prime Minister Benjamin Netanyahu said the reconciliation “shows the weakness of the Palestinian Authority and causes one to wonder if Hamas will seize control of Judea and Samaria like it seized control of the Gaza Strip.”

Netanyahu added that “The Palestinian Authority needs to choose between peace with Israel and peace with Hamas.”

In Washington, a bipartisan slate of top lawmakers in the U.S. Congress said the reconciliation pact could result in an aid cutoff to the Palestinian Authority.

“The reported agreement between Fatah and Hamas means that a Foreign Terrorist Organization which has called for the destruction of Israel will be part of the Palestinian Authority government,” Rep. Ileana Ros-Lehtinen (R-Fla.), the chairwoman of the U.S. House of Representatives Foreign Affairs Committee said in a statement. “U.S. taxpayer funds should not and must not be used to support those who threaten U.S. security, our interests, and our vital ally, Israel.”

The Obama administration said Wednesday that Hamas does not meet the criteria for dealing with the United States as long as it rejects Israel’s right to exist and supports terrorism.

Americans for Peace Now urged the Obama administration not to squander what it said was an opportunity to advance the peace process, saying any new government should be judged by its actions and not byt the positions of its component parties.

“For years the U.S. has made the mistake of opposing Palestinian reconciliation rather than encouraging it; it should not compound this mistake by wasting this opportunity to engage a new Palestinian government,” APN said in a statement. “It should do so making clear that U.S. relations with this government — including decisions about the future of our foreign assistance program for the Palestinians — will be based solely on the positions and actions of the government.”

In announcing the agreement Wednesday, Taher Al-Nono, a Hamas spokesman in the Gaza Strip, said that “All points of differences [with Fatah] have been overcome.”