Palestinian unity presents Israel with choice: Go for broke or shun at all costs 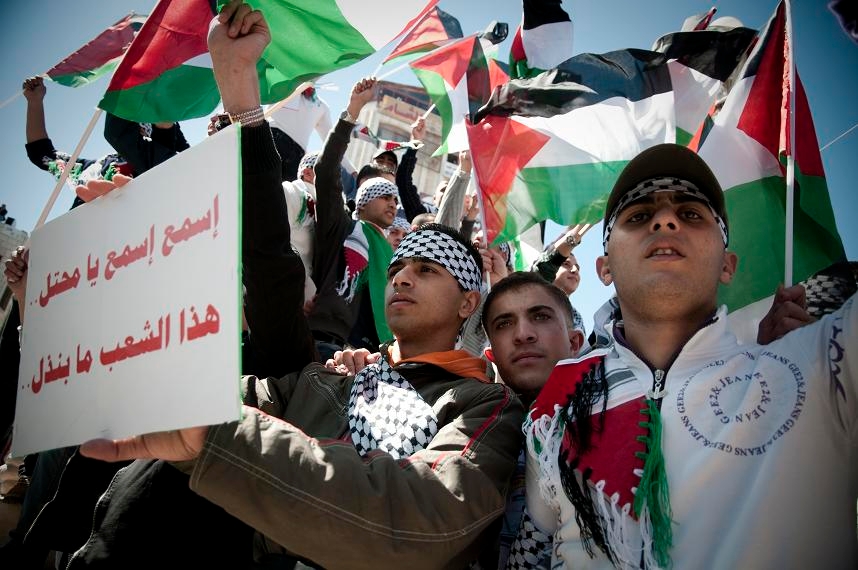 JERUSALEM (JTA) — Skeptics and optimists in Israel are squaring off following the surprise reconciliation between the two rival Palestinian factions.

The skeptics argue that by mending fences with Hamas, a terrorist organization that denies Israel’s right to exist, the secular Fatah party led by Palestinian Authority President Mahmoud Abbas has shown it’s not genuinely committed to peace with Israel. The optimists contend that a unified Palestinian leadership presents Israel with a rare opportunity to make peace with the entire Palestinian people — religious and secular, in Gaza and the West Bank.

In the near term, Israel is trying to sort out the possible security headaches of the Palestinian rapprochement.

For instance, how will the Israeli military be able to continue its close security coordination with PA forces if Hamas, the target of much of the intelligence that changes hands, is part of the Palestinian Authority’s security set-up? Also, the Palestinian Authority’s release of hundreds of Hamas prisoners — one of the provisions of the agreement — would create new security complications.

Furthermore, the new Egyptian regime now says it will be opening the Rafah crossing from Egypt into Gaza, which could translate into an accelerated flow of arms for Hamas, not to mention construction materials that the terrorist group could use to build fortifications.

But some senior Israeli Defense Ministry officials counter that opening the Rafah crossing point actually could help Israeli diplomacy because it would make it clear to the outside world that Gaza is not under siege. What’s more, they say, the reunification of Gaza with Egypt could have long-term strategic benefits for Israel.

Israeli Prime Minister Benjamin Netanyahu has made his views clear: He sees any Fatah-Hamas partnership as a threat.

“The Palestinian Authority must choose between peace with Israel or peace with Hamas,” Netanyahu said last week. “Peace with both of them is impossible because Hamas aspires to destroy the State of Israel and says so openly. It fires missiles on our cities. It fires anti-tank missiles at our children.”

Defense Minister Ehud Barak disassociated himself from Netanyahu’s quick rejection of talks with a unified Palestinian leadership. Barak argues that the government can’t have it both ways, saying that any agreement with Abbas would be limited because he can’t deliver Gaza but then rejecting negotiations with a Palestinian leadership that includes the Gaza-controlling Hamas.

Shaul Arieli, one of the leaders of the Geneva Initiative peace proposal, contends that if Palestine is accepted as a U.N. member state, Israel could be forced to withdraw from the West Bank empty-handed.

“In negotiations so far, the Palestinians have shown flexibility on things like land swaps and demilitarization,” Arieli told JTA. “But after September, the international community could pressure Israel to leave without having secured any of its vital interests.”

Netanyahu, insiders say, intends to take the opposite tack. Rather than negotiate with the Palestinians, he will attempt to scuttle their U.N. membership application.

Pointing to the Fatah-Hamas reconciliation, he will try to persuade as many countries as possible that the United Nations should not accept a state with a terrorist presence in its government.

Netanyahu’s critics on the left accuse him of exploiting the Fatah-Hamas situation to back away from a peacemaking process he doesn’t really believe in.

Journalist Aluf Benn, writing in the Israeli daily Haaretz, called it “a bonanza for Bibi” because he won’t have to offer concessions to the Palestinians.

For his part, Abbas argues that it is the PLO, not the Palestinian government, that conducts negotiations with Israel, and as PLO chairman he would be fully in charge and Hamas would have no say. Therefore, Abbas says, Netanyahu has no reason to refuse to engage.

Abbas warns that if Netanyahu does not make a serious peace offer, nothing will stop him from going ahead with his U.N. gambit.

For Abbas, it is vitally important to approach the United Nations as the leader of all the Palestinians, not just the West Bank. The rapprochement deal gives him that, at least formally.

As for Hamas, after resisting unity deals over four years, it finally agreed in part due to the recent far-reaching changes in the Arab world. The so-called Arab Spring has left Hamas’ main backer, Syria, in turmoil, while making Egypt, Fatah’s patron and the mediator between Fatah and Hamas, more even-handed. Hamas also faced domestic pressure — murmurings in Gaza that it, too, was a despotic Arab regime.

The reconciliation agreement provides for a government of technocrats, chosen jointly by Fatah and Hamas, to prepare elections for parliament, the president and the Palestine National Council, the legislative body of the PLO, within a year.

In the long run, Fatah and Hamas remain with diametrically opposed visions of the Palestinian future and on different sides of the old Middle East divide between moderates and extremists.

Hamas’ brutal expulsion of Fatah from Gaza in June 2007 still rankles Fatah, and it is difficult to see the current marriage of convenience lasting long.

The optimists in Israel say to exploit the unity while it lasts. The skeptics warn that cutting a deal now could blow up in Israel’s face.