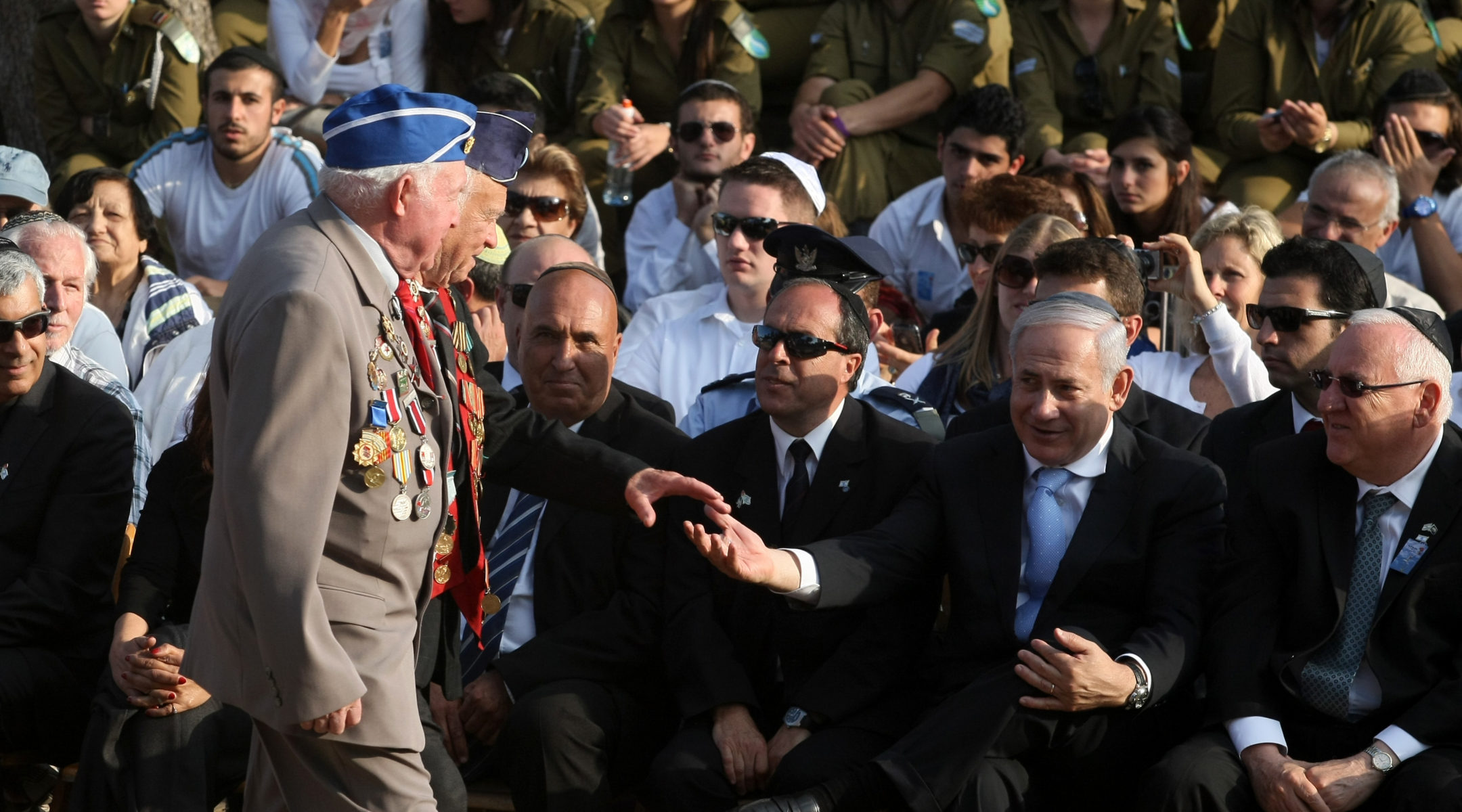 JERUSALEM (JTA) – Israel continued its observance of Memorial Day, or Yom Hazikaron with a two-minute siren sounded across the country.

People stood in their places and traffic came to a standstill when the siren blared Monday morning. It also marked the start of the state ceremony at Mount Herzl in Jerusalem.

The annual observance of Remembrance Day for Israel’s Fallen Soldiers and Victims of Terrorism is in memory of the nearly 23,000 men and women who have fallen in battle for the State of Israel and the some 2,500 Israelis who have been victims of terrorist attacks.

“It is hard to estimate the full price our state has paid with its fallen — families never established, children who were never born, creations never created,” Prime Minister Benjamin Netanyahu said during the ceremony.

“I wish I could advise those of you who have this year joined our family, the family of bereavement, but I am powerless to do so. I know that even though the entire nation accompanies you, you have been sentenced to walk alone with this pain and the abyss that has opened up in your lives,” Netanyahu said

Some 183 members of Israel’s security forces, including police, Israel Defense Forces, Border Police, Israel Security Agency and other organizations — have been killed since last Memorial Day. Among that number are the 41 police officers and prison services officers killed in December 2010 in the Carmel Forest Fire. Three fire fighters were also killed in the blaze, but the Cabinet decided Sunday to defer a discussion as to whether to recognize the firefighters as Israel’s Fallen.

“To this holy place, a remnant of our Temple, our fighting sons, the first paratroopers came, and touched the stones of the Western Wall, in the midst of the Six-Day War,” Israeli President Shimon Peres said Sunday night, addressing bereaved families gathered at the Western Wall for the national memorial ceremony, following a minute-long siren and moment of silence to usher in the somber day.

“We didn’t seek war. It was imposed upon us. But when we were attacked, we didn’t have the possibility to lose, even one war. And when we won, we returned to seek peace,” he said. “We were sober then and we remained prepared today. And in any situation we will not give up the chance of full peace, real peace. And if one opportunity fails, we will look for a new one.”

At a memorial ceremony earlier Sunday on Ammunition Hill in Jerusalem to open events marking the day, Netanyahu, whose brother Yonatan was killed 35 years ago leading the operation to free the hostages at Entebbe Airport in Uganda, addressed bereaved families.

“As a member of a bereaved family, I am well acquainted with the pain, the sense of loss and helplessness,” Netanyahu said.

Netanyahu, his wife and two sons visited the grave of Yonatan Netanyahu on Saturday night.

The conclusion of Memorial Day on Monday night marks the beginning of Israel Independence Day, or Yom Ha’atzmaut.