Palin, Trump may be media darlings, but they don’t excite Jewish Republicans 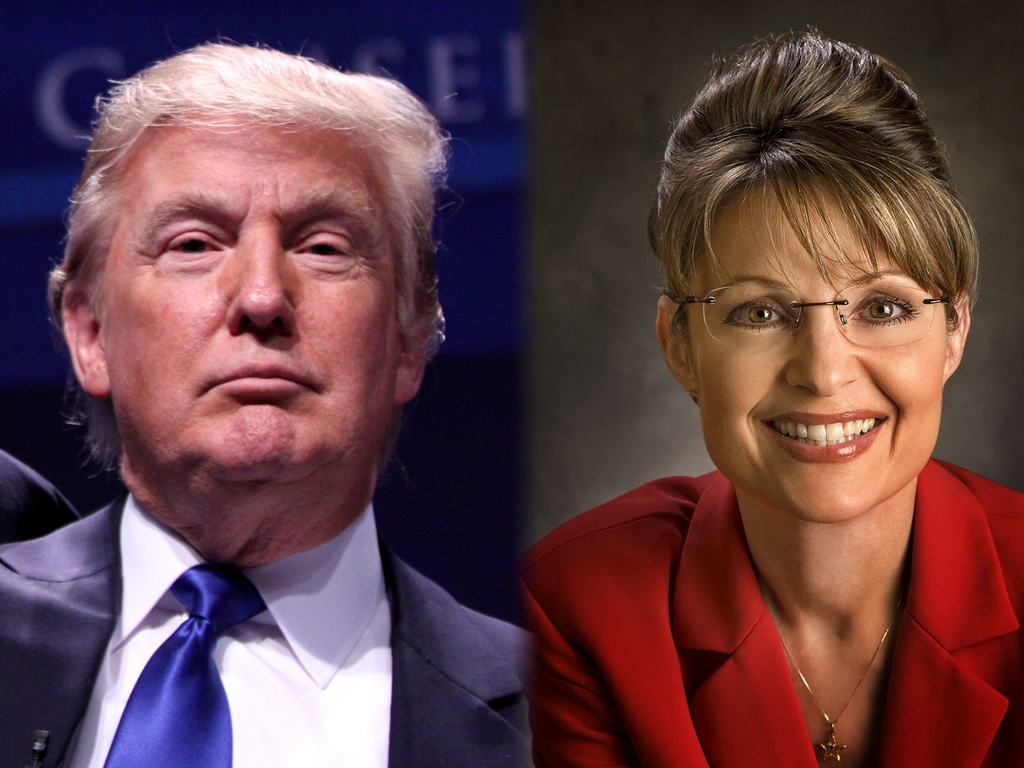 Donald Trump and Sarah Palin seem to be more popular with the media than they are with Jewish Republicans. (Courtesy of Gage Skidmore/Sarah Palin via CC)
Advertisement

WASHINGTON (JTA) — Republican Jews to Donald Trump: You’re not hired. That is, not until you at least turn up to an interview with a resume.

And the same goes for Sarah Palin, another media favorite who keeps flirting with a bid for the Republican presidential nomination but never commits.

Leading Jewish Republicans, many speaking off the record, confirm what the rank and file is happy to say on the record: These two GOP “likelies” consuming so much publicity are not likely to last.

“All politicians enjoy the title ‘likely’ — it gives them relevance on the national scene,” said Jay Zeidman, a former White House Jewish liaison and now a Houston businessman who heads the Republican Jewish Coalition’s local chapter. “It allows them to have a pulpit to speak from. But when you look at who’s putting the infrastructure together, who has the money to sustain themselves through the primaries, I don’t see Sarah Palin and Donald Trump putting it together.”

Trump, who has generated much buzz with his personal attacks on President Obama — questioning where he was born, and whether he has the smarts or the integrity to do the job — does not resonate as serious, said Alan Joel Steinberg, a conservative New Jersey political analyst.

“A serious candidate does not use the kind of language he used,” he said.

Republican Jews, with a substantial base among the Orthodox, are turned off by the real estate magnate’s grandstanding, Steinberg said — for instance, in attacking the president’s China policy in a recent speech in Las Vegas laced with profanity.

Trump, of course, has a familial tie to the Jewish community: His daughter, Ivanka, converted to Judaism before marrying fellow real estate empire heir Jared Kushner.

Yet Trump has said little thus far in his presidential flirtation about Israel policy, a key component of any candidate’s appeal to Jewish Republicans, Zeidman said. That’s especially a concern now that the party is dedicated to slashing budgets and with Jewish Republicans wanting assurances from candidates that aid to Israel is sacrosanct, he said.

“We have to call our community and members and say, ‘It’s important we make tough cuts, but not to Israel,’ ” Zeidman said. “That’s the issue that resonates most with us.”

A number of Jewish Republican leaders who have had dealings with Trump, and requested that they not be named, said they don’t think his colorful financial history — peppered with triumphs and bankruptcies — befits the intense scrutiny that all modern candidates must bear.

Fred Taub, a Jewish radio host in Cleveland who has been active on a number of campaigns, said Trump is never going to want to open up his books to the press.

“He has a lot of issues,” said Taub, who recently authored “Boycotting Peace,” a book about the Israel divestment movement. “Is he a serious campaigner? Not really. Is he going to disclose his entire finances? I don’t think so.”

Palin, at least, is adding substance to her thin governmental resume, most recently in a speech on foreign policy, Steinberg said. But she has yet to demonstrate that she is willing to make the commitment to a run, although Steinberg said he has heard from those around her that she is seriously looking at a presidential bid.

“I think if she ran, she would get substantial Orthodox Jewish support and among right-wing Zionists,” he said. “The problem is it’s not clear whether she’s running or not. Her followers tell me she is, but she’s not raising money or having events in Iowa,” the first caucus state. “She has to make a decision.”

The former Alaska governor and 2008 GOP vice presidential candidate recently stopped in Israel on her way back from giving a speech in India, and met with Israeli Prime Minister Benjamin Netanyahu.

But she has also confused Jewish neoconservatives who admired her outspoken embrace of American exceptionalism and a strong U.S. role overseas with her May 2 speech in Colorado advocating a lower international profile for the United States.

“We can’t fight every war, we can’t undo every injustice in the world,” she said in that speech, which was first reported by Politico.

That incensed Jennifer Rubin, a Washington Post columnist who had been one of Palin’s earliest champions among Jews. Rubin wrote that Palin’s fecklessness suggested superficiality.

“Her views then and perhaps now don’t spring from a well-grounded understanding of foreign policy but from briefing cards,” Rubin wrote. “Change the cards, and presto, a new foreign policy! To the dismay of many who saw great potential in her, she chose not to immerse herself in issues and put meat on the bones of her intuitive policy positions.”

Her speech also drew expressions of concern from Bill Kristol, the editor of the Weekly Standard, previously a strong backer of Palin.

But policy positions aside, Jewish Republicans question Palin’s seriousness in part because she has not vigorously reached out to Jewish Republican activists and donors. When visiting Israel, Palin snubbed the Republican Jewish Coalition’s well-oiled Israel program for candidates thinking of a run for office.

George W. Bush’s 1998 trip, before running for president, was considered critical to formulating his adamant pro-Israel views while he was in office. In more recent years, the RJC has hosted former Massachusetts Gov. Mitt Romney and Mississippi Gov. Haley Barbour.

Steinberg said that assessing the seriousness of Republican candidates when it comes to Jews comes down to “Show me the donors.”

By that measure, he said, count  Romney as a contender. He has at his side Lewis Eisenberg, a former chairman of the Port Authority of New York and New Jersey and a close ally of Netanyahu, and Mel Sembler, a leader in the RJC and a major donor to the Bush campaigns.