Coen brothers have bone to pick with Israel boycotters 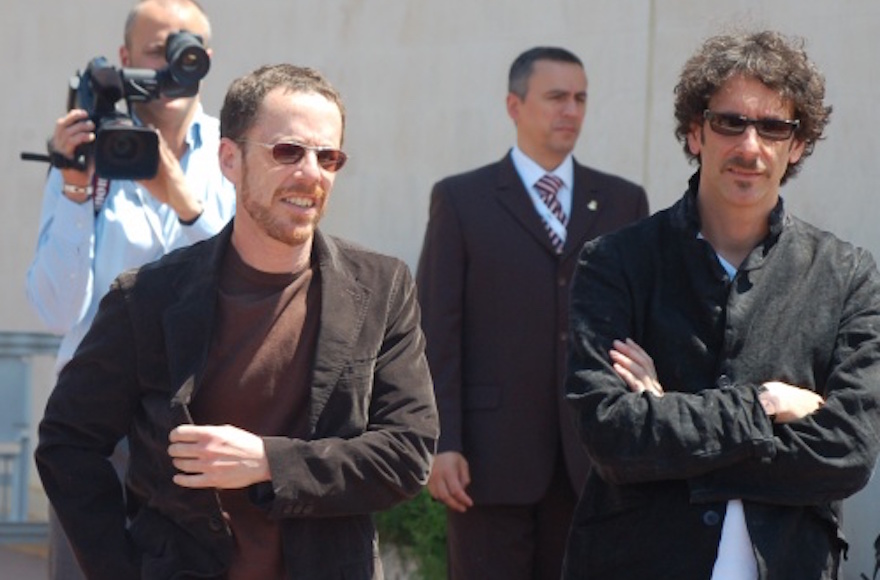 JERUSALEM (JTA) — Popular filmmakers Joel and Ethan Coen said during a visit to Israel that they do not agree with artists who boycott the Jewish state.

Asked during a news conference about music and film artists who boycott Israel over its policies regarding the Palestinians, Ethan Coen said it was a mistake.

“People respond to real problems from the heart, and they think that’s the right thing to do,” he said. “We don’t agree with that opinion that that’s how to deal with these problems.”

The Coen brothers, who are Jewish, were in Israel to receive the Dan David Prize for their contributions to filmmaking and its $1 million award from Tel Aviv University. They were making their first visit to Israel.

The brothers grew up in Minnesota but their mother lived in Israel for a time, according to the Jewish Chronicle of London.