The poop on diaper prices, plenty of pooches and millionaires 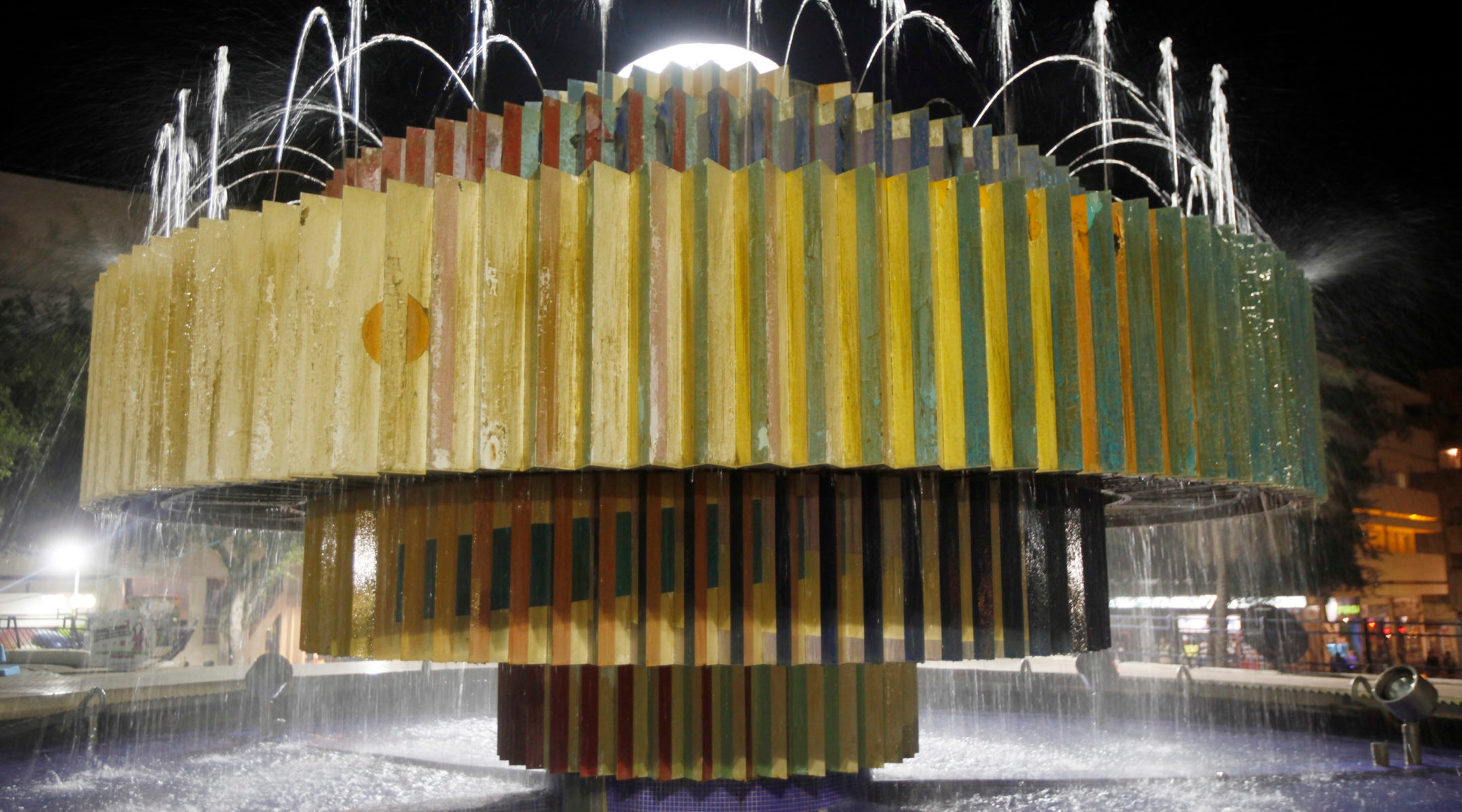 The Agam Fountain on Dizengoff Square in Tel Aviv, as seen in November 2010, is set for a $600,000 uplift following a protracted legal battle. (Miriam Alster/Flash90)
Advertisement

The cottage cheese wars in Israel may be over, but the diaper war is heating up.

Major Israeli supermarket chains have cut the price of Huggies brand diapers imported from Turkey in an effort to lure customers back to their stores. The diapers are reportedly not as effective as the Huggies Freedom diapers made in the United States.

The Turkey diapers are being sold at about 30 percent less than they had been, with the reductions continuing as major supermarket chains vie to offer the diapers at the cheapest price.

Meanwhile, several new studies are reporting that food in Israel costs more than 12 percent more in Israel than in Europe. And a study by the Knesset Research and Information Center found that food prices in Israel have risen at a rate alarmingly higher than in Europe and the United States.

In the past six years, food costs in Israel grew by more than 12 percent, while prices in 17 member states of the European Union increased by an average of 1.1 percent, the Israeli business daily Globes reported.

At the same time, a poll conducted by the Public Trust consumer organization in conjunction with Nielsen found that yogurt is 34 percent more expensive in Israel than in the United States, Britain and Australia.

Israeli dairy companies argue that raw milk prices are higher in Israel and the Value Added Tax adds greatly to the cost of dairy products.

Israel, it seems, is going to the dogs.

Lady is the most popular name for females, with 3,098 bearing that moniker, and Lucky rates for males, with 2,734 having the name.

Israelis like their dogs purebred, and the most popular is the Labrador Retriever with 20,490 registered. The rest of the top five: the Pinscher, German Shepherd, Pekingese and Golden Retriever.

Tel Aviv leads all Israeli cities in dogs registered, followed by Jerusalem and Haifa. Some 40,650 owners have more than one dog.

Who wants to be a millionaire? Many are in Israel

The number of Israeli millionaires rose by more than 20 percent last year, according to the recently released Merrill Lynch-Capgemini World Wealth Report.

Around the world, the number of millionaires grew in 2010 by 8.3 percent, for a total of 10.9 million millionaires — defined as those with at least $1 million in liquid funds excluding their year-round home.

There were 99 Israeli multimillionaires — those worth more than $30 million, excluding debts.

Israel had the third highest rate of increase of millionaires after Hong Kong, at a rate of 104 percent, and India, at 51 percent.

Prime Minister Benjamin Netanyahu will now be able to reach his Sabbath-observant aides by phone if an emergency arises on Shabbat.

Netanyahu’s office, which employs the highest number of religious workers since Israel was established, according to Ynet, recently purchased 12 special Shabbat phones for its workers.

The phones, which cost about $330 each, use special technology to ensure that pressing buttons as well as answering them and hanging up do not automatically trigger an electrical current.

The Shabbat phone user acts only in an indirect way, which is permitted on Shabbat for essential activities, even if they do not involve a mortal threat, according to the Tzomet Institute, which invented the Shabbat phone. .

American singer-songwriter Paul Simon has spoken to his Israeli fans, even before landing in the country for his July 21 concert.

“Shalom, this is Paul Simon,” the singer said in a specially recorded message released on several Israeli news websites in early July. “I’m looking forward to seeing all of you on the 21st of July at the Ramat Gan stadium. See you soon!”

The greeting was in sharp contrast to Bob Dylan, the iconic Jewish singer who performed an entire concert recently without so much as a “Shalom” to his audience.

Standing-room only tickets for Simon’s concert reportedly have been limited to two per purchase in order to accommodate the demand from fans.

Israelis are ready to add a second day of rest to their weekly schedule — Sundays.

Following a protracted political debate, Prime Minister Benjamin Netanyahu has established a committee to examine the pros and cons of moving the weekend from half a day on Friday and Saturday to Saturday and Sunday. Netanyahu’s chief economist, Eugene Kandel, is the chairman of the new committee, which no doubt will spend plenty of time examining how the move will affect economic productivity in the Jewish state.

The committee was formed after two Likud lawmakers, Ze’ev Elkin and Yariv Levin, submitted private member bills to make Sunday a weekend day. The concept was also championed by Natan Sharansky when he was part of the government.

The idea of changing the weekend from Friday-Saturday to Saturday-Sunday has angered the Arab community, which comprises approximately 20 percent of the population, since Friday is the Muslim Sabbath. Orthodox Jewish Israelis see it as an opportunity to take advantage of cultural activities and shopping, since they are unable to do that on Shabbat.

A “domino triple kidney-pair exchange” was performed at an Israeli hospital, the first of its kind in the country.

Under the exchange, unrelated donors offer their kidneys to others and in exchange receive a kidney for their loved ones.

Facelift for a Tel Aviv fountain

The Yaacov Agam fountain in Tel Aviv’s Dizengoff Square is slated for a facelift at a cost of nearly $600,000.

The work reportedly will restore the iconic “Fire and Water” fountain to its original condition, Haaretz reported.

Once the renovation is completed, the municipality has promised to resume the fire, water and music productions that came to be associated with the fountain.

Tel Aviv last year accepted responsibility for the cost of the renovations.

Agam and the municipality had staged a nine-year legal battle over the work. The artist demanded that the fountain be restored to its original state, with Tel Aviv picking up the tab, and the city countering that the renovations were the responsibility of the artist.

Agam donated the fountain to the city in 1986.

The fountain is scheduled to be repainted and reinforced, as well as to have repair work performed on its pumps, motor, lighting and electrical parts.