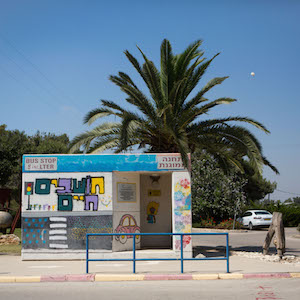 JERUSALEM (JTA) — Israel relocated a vulnerable road outside the Gaza Strip to protect motorists from Palestinian gun and rocket fire.

The new 2-mile-strech serving the Nahal Oz community is concealed by trees, a lesson from Hamas’s RPG ambush on a bus that traversed the exposed road in April. A 16-year-old boy died in that attack.

Civil Defense Minister Matan Vilnai said at the inauguration ceremony Wednesday that Israel was planting trees elsewhere along the fortified Gaza boundary to deny terrorists a line-of-sight on civilians and soldiers.

“The new routes, together with the forestation project, will grant security to the residents and pupils so that they can move in the area,” Vilnai said.