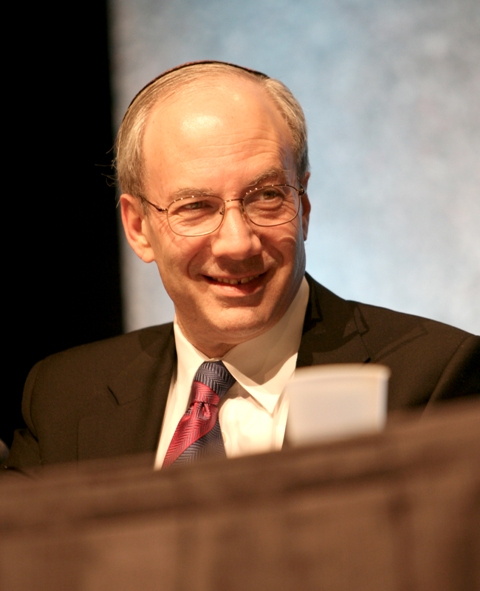 NEW YORK (JTA) — I have no patience for survival Judaism. Whenever I hear someone talk about what Jews must do in order to “survive,” I head for the door.

Joel Alperson has joined the long list of Jewish communal leaders offering a formula for Jewish survival. Along the way, he informs us that Modern Orthodoxy has all the answers and Reform and Conservative Judaism are on the road to extinction — a point with which I strongly disagree but that I will not argue here. What does need to be said, however, is that he shows a total misunderstanding of what Judaism is about and fails to comprehend that a Judaism obsessed with survival is a Judaism that will not survive.

Anyone who has urged college students to care about Jewish survival knows that they will respond with indifference, incomprehension and contempt. They are not interested in being Jewish so that we can survive. They need to hear the opposite message: Jews do not observe Torah in order to survive; they survive in order to observe Torah. And — this is the key for such students, and for most North American Jews — observing Torah means much more than worrying only about our own souls.

Observing Torah involves fulfilling a grander purpose. It means taking to heart the words of R. Hayyim of Brisk, the greatest Talmudist of the late 19th century, who defined the rabbi’s task as follows: “To redress the grievances of those who are abandoned and alone, to protect the dignity of the poor, and to save the oppressed from the hands of the oppressor.”

Social justice, in short, is required by our religious texts and is inseparable from our religious mission. There is no such thing as a morality that is selectively indignant — that looks within but fails to look without. And Judaism without ethics, both personal and societal, is a contradiction in terms.

Do we need to study Torah, embrace Jewish ritual and observe Shabbat? Absolutely, although Reform, Conservative and Orthodox Jews will interpret these obligations differently. The work of social justice, absent text study and ritual practice as a foundation, is inauthentic and will not sustain itself. Indeed, I have found that the work of “tikkun olam,” for all its rewards, is lonely and discouraging work, and only by absorbing the light of the Shabbat candles and by studying and worshiping with a strong, dynamic Jewish community can I immunize myself against the cynicism and alienation that surround me.

But the point that Mr. Alperson misses is that social justice is not, as he claims, a secular pursuit meant to compensate for the absence of “God-based” Jewish experience. Social justice is God-mandated in precisely the same way that Shabbat observance and Torah study are God-mandated. In the book of Jeremiah (9:24), we find these words: “I am the Eternal, who exercises kindness, justice and righteousness on earth, for in these I delight.”  Serious Jews know that in the Jewish tradition, healing the sick, clothing the naked, helping the poor, pursuing peace, loving my people and my neighbors — these are the attributes of God, and we testify to God’s existence by emulating God behavior.

And in fact, Mr. Alperson can’t seem to decide if Jewish education and Jewish practice are “God-based” or are instruments of survival. Ultimately he appears to choose the latter, referring to them as “the water pumps and sandbags employed by the Orthodox movement against the rising tides of assimilation.” Orthodox leaders can speak for themselves on this point, but I will share with you the reaction of my daughter Adina, who is a social activist, belongs to an Orthodox congregation and was incensed by this article.

“We don’t observe Shabbat because it is a sandbag against assimilation,” she said, “but because it is part of the eternal covenant between God and the Jews that evokes the miracle of Creation and the Exodus from Egypt and links me to Jews throughout the centuries.” Exactly so.

The essence of Mr. Alperson’s argument, and the height of his folly, is that “we can’t have it both ways”; we cannot, he says, both insist that tikkun olam and social justice are central and also embrace serious Jewish education and Jewish practice. But we can, and in fact, we must. To do one without the other is to retreat from the world and distort Judaism’s very essence.

(Rabbi Eric Yoffie is the president of the Union for Reform Judaism.)