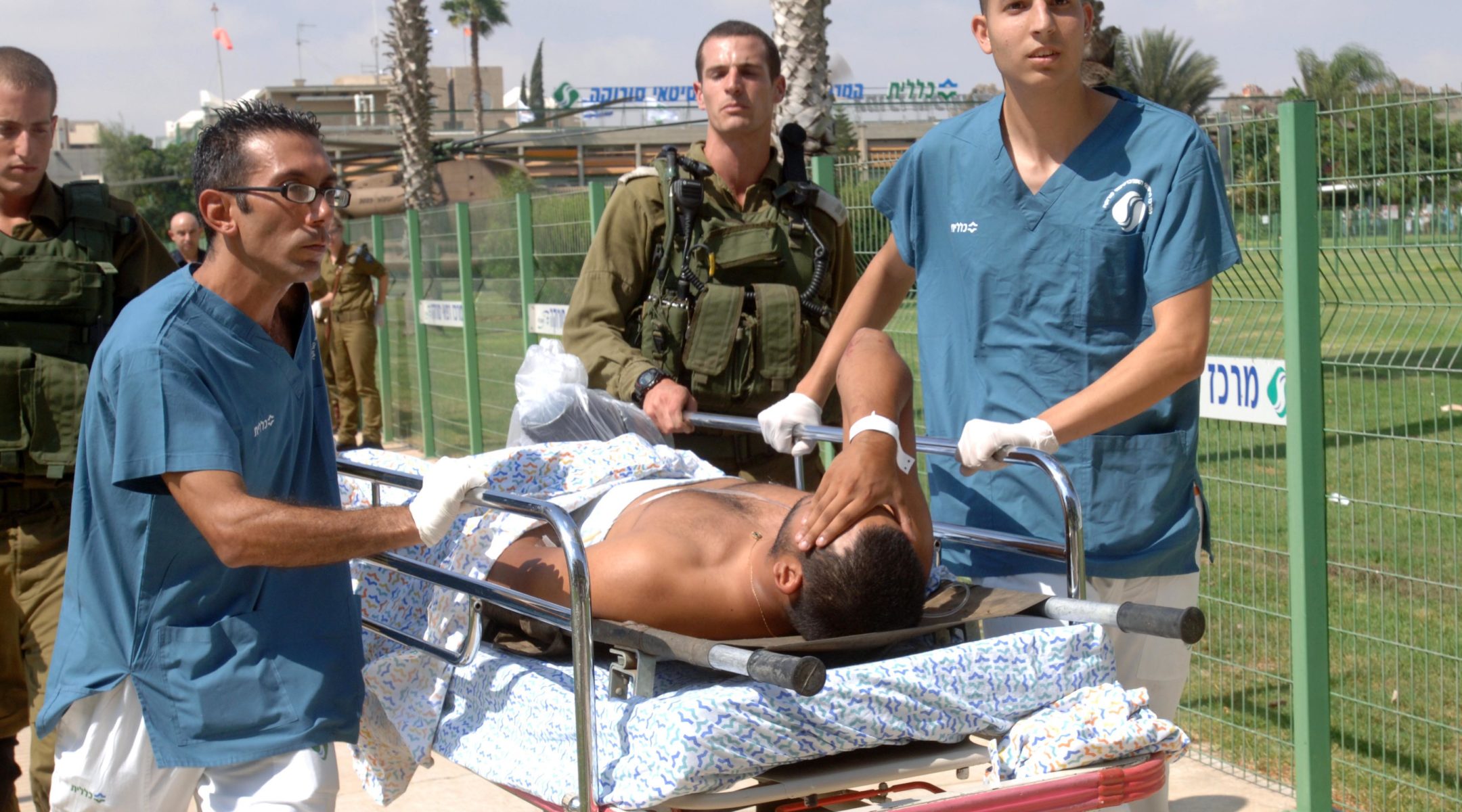 Israeli paramedics wheel an injured man on a stretcher at the Soroka Medical Center in Beersheba following a terrorist attack in southern Israel, near the Egyptian frontier, Aug. 18, 2011. (Dudu Greenspan/Flash 90)
Advertisement

JERUSALEM (JTA) — Six Israeli civilians and an Israeli soldier were killed in a series of coordinated attacks on Israeli civiilian vehicles and a firefight with the terrorists.

Roadside bombs detonated when the first Israeli troops arrived to confront the terrorists, according to the Israel Defense Forces. More than 40 civilians and soldiers were injured in the attacks.

Israeli soldiers have killed seven of the terrorists in a firefight that lasted at least four hours and that is reported to still be continuing.

Israeli Defense Minister Ehud Barak said the attacks “demonstrate the weakening of Egypt’s control over the Sinai Peninsula and the expansion of terrorist activity there.” He added that Israel’s military will retaliate against the attacks, which he said “originate in Gaza.”

“If the terrorist organizations believe that they can attack our citizens and get away with it, they will soon learn how wrong they are,” he said. “We will exact a price, a very heavy price.”

After the attacks near Eilat, Israeli jets reportedly carried out an airstrike on a site in Rafah, in the Gaza Strip, that killed the head of the Palestinian Popular Resistance Committees and five other members of the group, the Palestinians said. The group reportedly was responsible for the attacks. The IDF did not confirm the strike.

Barak joined IDF Chief of Staff Lt.-Gen. Benny Gantz at the scene of the Eilat-area attacks, according to the IDF.

Egyptian officials reportedly have denied that Egypt was involved in the attacks.