Song contest searches Diaspora for ‘the next Jewish star’ 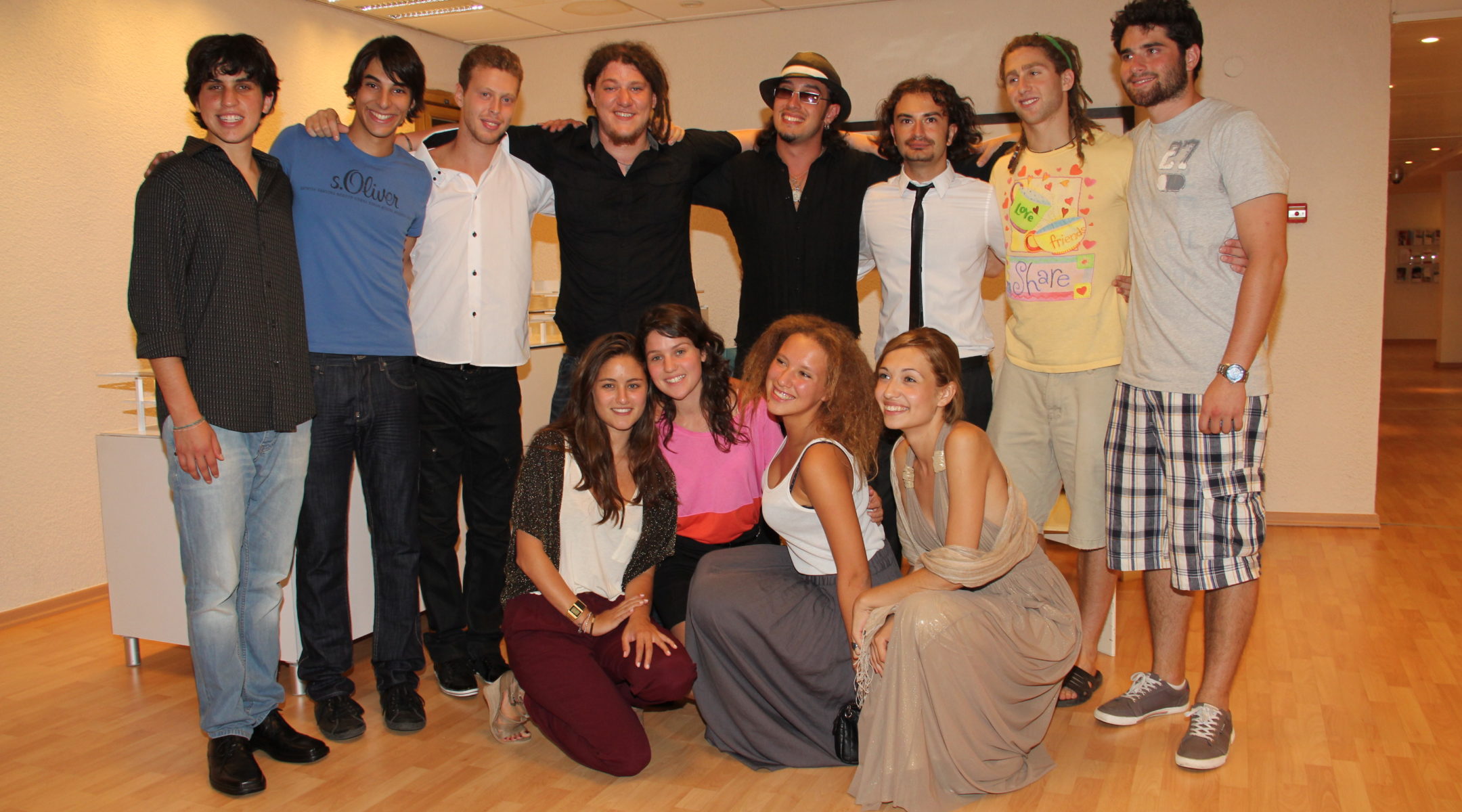 The 12 finalists, pictured here, in the Hallelujah global Jewish singing contest will face off August 25 in the Israeli city of Ramat HaSharon. (Courtesy of Hallelujah)
Advertisement

JERUSALEM (JTA) — When Israeli music producer-to-the-stars Eitan Gafni put on a global song contest for Jews nearly 20 years ago, finding contestants was difficult. At the time, he called on Jewish Agency shlichim, or emissaries, residing in capitals around the world to find young Jews with musical talent and ask them to send in an audition tape, a process that took months.

Gafni’s Hallelujah global Jewish singing contest ran for three years, beginning in 1992, but a lack of funds led to its cancellation.

Seven months ago, Gafni decided to put his song contest out there again, after a friend of his son’s — who was a teenager at the time of the original contest — returned home to Israel from an extended stay in Australia and encouraged him to help young Jews in the Diaspora reconnect to Israel through song.

Though there was a comparatively short lead-time in the run-up to the contest — the finals will be held August 25 in Israel — it was considerably easier to find contestants this time around. Gafni and his partners got the word out through Facebook, YouTube and other social media sites, as well as through the myriad of organizations that work with young Jewish adults. Contestants sent in their audition videos by e-mail or posted them on YouTube.

Although nearly all of the participants in the Hallelujah contest 20 years ago were affiliated with the Jewish community, many of the 260 Jewish singing-sensation wannabes vying to participate in 2011 are not affiliated with any Jewish organizations in their home communities.

“These are the people we want to reach,” said Gafni, who has been a producer for the last 40 years for such Israeli music stars as Shlomo Artzi, Motti Caspi and Ruthi Navon.

The contest’s slogan is “Who’s going to be the next Jewish star?” A panel of judges, including veteran singer and actor Yehoram Gaon and other Israeli musicians, viewed the auditions and chose 30 semifinalists to come to Israel to continue competing. The contestants came from around the globe, including the United States, Canada, South America, Russia, Turkey and Belgium, and they include one Israeli contestant currently serving in the Israel Defense Forces.

Nearly all of the contestants, ages 16 to 26, already had a music background and had performed before audiences, which will make the final more professional, Gafni said.

Adam Dahan, a 17-year-old singer and piano player from Quebec, uploaded an audition just days before the deadline, after reading in The Canadian Jewish News about two women from his community who had entered the contest. While they didn’t make the cut, he did.

Dahan, who said he practices music between two and seven hours daily, including time spent with his vocal coach, attended music school in Los Angeles. Recently, he noted, a record label got in touch with him.

“This is what I want to do for the rest of my life. I want to connect to the rest of the world through my music,” said Dahan, who is a sometime hazan, or cantor, in his synagogue in his hometown of Cote St. Luke.

Dahan added that he has thoroughly enjoyed the Hallelujah experience, including traveling throughout Israel with the other semifinalists. (Dahan was eliminated in the contest’s August 18 semifinals.)

Tzachi Gavriel, a co-founder of the MASA Israel Journey program, which brings young Diaspora Jews to study, volunteer and work in Israel, collaborated with Gafni to shepherd the song contest along for the past seven months. He said the contest is an “unconventional” way to reach Jewish young people “through the back door.”

Gavriel, who has volunteered his time and expertise — until two months ago he was a senior adviser to Prime Minister Benjamin Netanyahu — marveled at the combined power of a singing contest and Facebook to reach the young generation, saying, “You can probably reach the computer of every young Jew in the world.”

The Israeli government has recognized the power of reaching young Diaspora Jews through song, and four government ministries, including the Ministry of Culture and Sport, provided about $350,000 to get the contest off the ground. Other funders include Keren Nadav, the foundation established by Russian tycoon and philanthropist Leonid Nevzlin; and the city of Ramat Hasharon, where the finals will take place.

The winner of Thursday’s finals, in which contestants will be performing popular Hebrew songs, will receive an $8,000 cash prize and the opportunity to record a duet with an Israeli artist that will be broadcast on local radio stations and Jewish radio stations worldwide. The winner will also give a concert tour in Jewish communities around the world.

A DVD of the contest is also being put together for distribution in Jewish venues around the world.

Contest plans for next year include holding auditions and semifinals in Jewish communities in Los Angeles, New York, Paris and London.

Gavriel predicts that the number of people vying to participate will increase exponentially by next year.

“We’re not just talking about what it means to be Jewish,” he said. “We’re taking them on an adventure.”