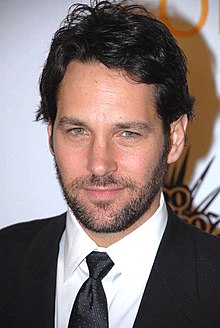 Actor Paul Rudd, who’s busy promoting his recent film Our Idiot Brother, told David Letterman last night on The Late Show about an unusual experience that happened to him a few weeks ago.

On his way to catch a JFK flight, his town car broke down, leaving him lonely and helpless along the very busy Van Wyck Expressway.

Rudd figured out he won’t be able to hail a cab so he decided to be a badass and stick his thumb up.

Apparently there are some people who still pick up hitchhikers because one lucky girl actually pulled over, took Rudd and dropped him off at the airport. In return, he gave her a walk-on to his Letterman interview, and even a short on-air appearance. Rudd said: “I would love it if I could offer her something really cool and interesting like a walk-on part to a movie I was working on. But I realize I don’t have that kind of juice.”

So yes, you can pick up hitchhikers people. Just as long as they look like Paul Rudd. But the Clueless Paul Rudd, not that Idiot Brother Paul Rudd.

(Video after the Jump)