For Daniel Agami, 9/11 attack was a call to service — and to tragic destiny 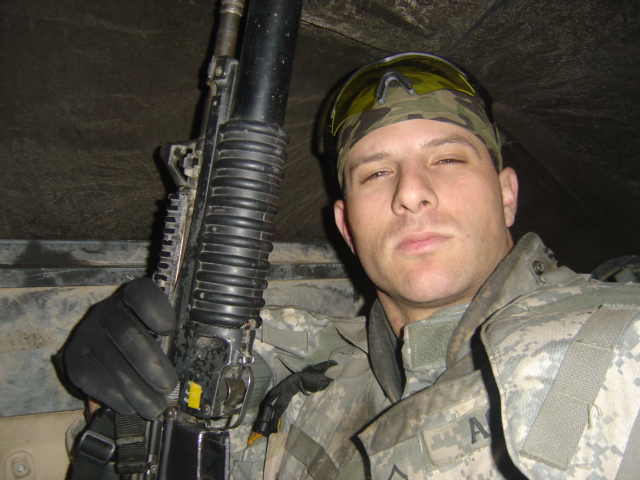 Daniel Agami on a mission in Baghdad in 2007. (Courtesy Agami family)
Advertisement

Daniel Agami and his sister Shaina at the U.S. Army base in Schweinfurt, Germany, on the day of his deployment to Iraq in 2006. Agami’s family came to visit before he went to Iraq. (Courtesy Agami family)

NEW YORK (JTA) — Daniel Agami was working as a disc jockey in South Florida when the attacks of Sept. 11, 2001 changed the trajectory of his life.

Suddenly it didn’t feel like performing at events and parties for well-known entertainers was all Agami, then 22, could be doing with his talents. For nearly a year, Agami wrestled with his emotions over the attacks, often talking to his parents and siblings about his anger.

After about a year he enlisted in the U.S. Army, knowing full well he’d be sent to Iraq. It would not be Agami’s first time in the Middle East: As the son of an Israeli army veteran and part of a strongly identified Jewish family, Agami grew up going to Israel every year. But this would be his first time putting on a uniform.

The fateful decision to enlist eventually would earn Agami a Purple Heart, a Bronze Star and an Army commendation medal. It also would also exact the ultimate price: On June 21, 2007, an improvised explosive device detonated near his vehicle in Baghdad, killing Agami and four other soldiers.

Service ran in Agami’s blood. His grandfather, Leonard Becker, had served in the Korean War. His father, Itzhak, had fought in the Israeli army. So when he told his family that he had signed up to serve, they weren’t surprised.

“I believe he had a calling,” said his mother, Beth Agami.

Even as a teenager, Agami’s brother said, Daniel would sport dog tags and wear military-style gear.

“He chose to join the Army to become more accomplished,” Ilan Agami told JTA. “He wanted to prove himself.”

Agami wasn’t known for taking things lightly. Growing up in Broward County, Fla., Judaism played “an extreme role in Daniel’s life,” his mother said. Agami attended a Jewish day school, kept kosher and as an adult regularly went to Shabbat services with his family at the local Chabad.

After 9/11, Agami said the Army would give him a chance to do something good for his country, and he was excited about the challenges ahead, his family members said. It was all he would talk about in the months leading up to his deployment.

Agami’s first stop was Fort Benning, Ga., for basic training. Maintaining his religious identity in the Army wasn’t easy, particularly in boot camp. The meals were not kosher, and Agami was confronted once by his sergeant for not eating. When he explained his dietary restrictions, the commander went to prepare a plate of fruit and vegetables for him to eat, his mother recalled.

Agami encountered his first derogatory remark about Judaism in Schweinfurt, Germany, where he stopped en route to Iraq. Agami didn’t take it sitting down, in the process earning the respect of fellow soldiers, his mother said. They often came to him with questions about his kosher diet; for many, Agami was the only Jew they knew.

“Daniel stood up to people for our religion,” his brother told JTA.

“I go on daily or nightly missions raiding Iraqi homes to find weapons and bombs,” Agami told a Newsweek interviewer in 2007. “I lost six of my closest friends.”

When an insurgent threatened to blow up his tank, Agami jumped off the turret, cornered the insurgent and, armed with just a pistol and wearing night vision goggles, killed him. The action would earn Agami a Bronze Star, the army’s fourth-highest combat award, given for bravery, acts of merit or meritorious service.

Some time after Agami was killed, his mother received a phone call from a non-Jewish chaplain who said that her son had expressed an interest in becoming a religious leader in the military. He had wanted to dedicate himself to America by combining his patriotism and faith, she said.

“This was something he would be amazing at had he had the opportunity,” Beth Agami said. “He re-enlisted for four more years and planned on making the military his career.”